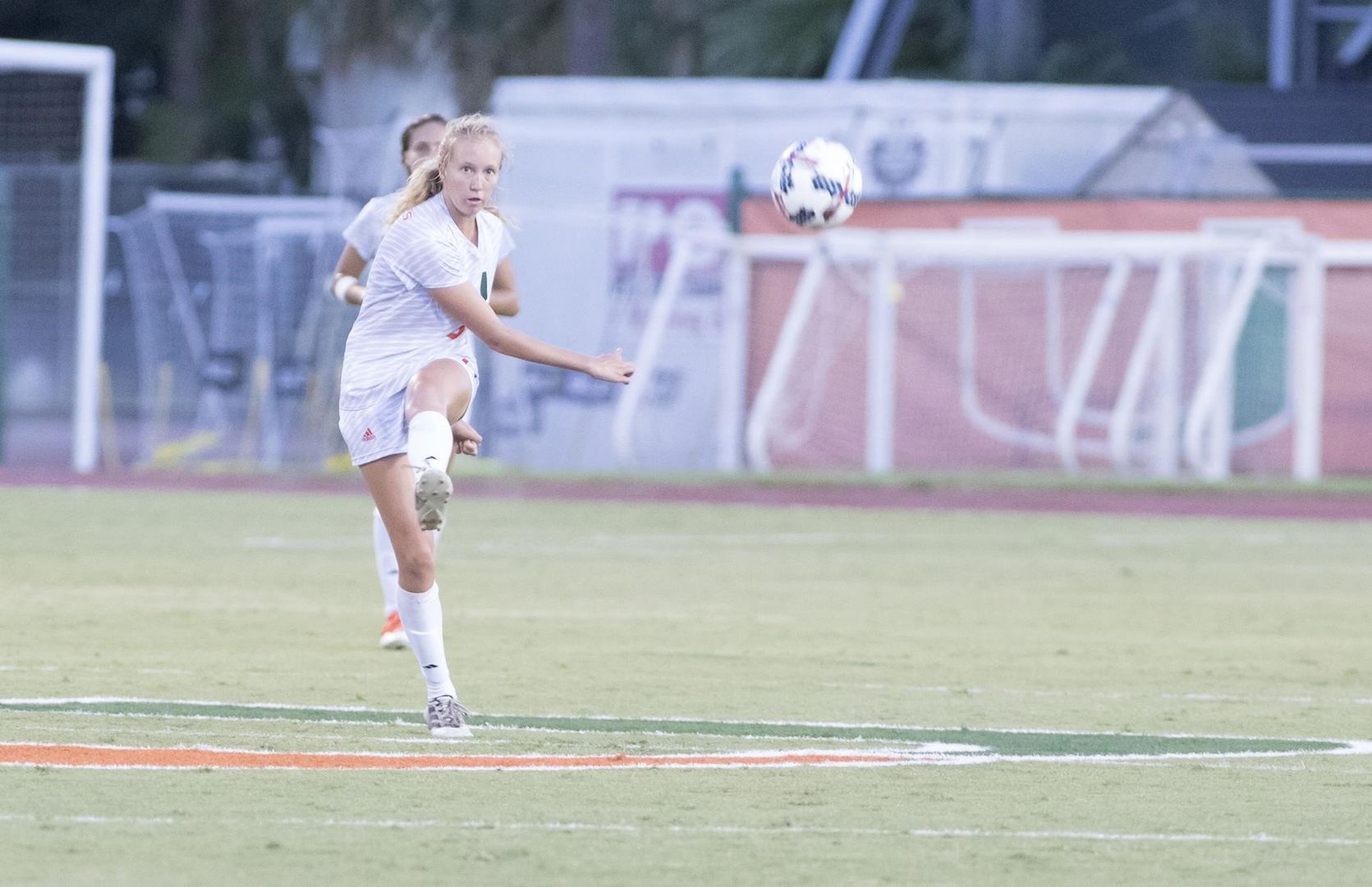 The Hurricanes and Cardinals are set to square off at 1 p.m., at Dr. Mark & Cindy Lynn Stadium in Louisville, Ky.

Miami is 1-1-1 all-time against Louisville, with all three meetings coming since the Cardinals joined the ACC in 2014. Last year, then-junior forward Ronnie Johnson netted her first-career hat trick to give the Hurricanes a 3-0 victory in the matchup.

Under the direction of fifth-year head coach Mary-Frances Monroe, Miami has two players atop ACC leaderboards. Sophomore midfielder Kristina Fisher’s 0.71 assists per game pace the conference, as do Johnson’s 5.57 shots per contest.

Additionally, redshirt junior goalkeeper Phallon Tullis-Joyce, who had a career-high nine saves Thursday at No. 11 Virginia, is tied for second in save percentage (.848) and saves per game (4.00).

The Cardinals enter the weekend with a 6-4-0 (0-2-0 ACC) record on the season and have dropped four of their last seven matches after opening the year with three straight wins. Louisville tallied a 7-7-4 (2-5-3 ACC) mark in its 2016 campaign.

The Hurricanes’ contest against the Cardinals is set to be broadcast live on ACC Network Extra HERE, while live stats will available HERE.

Following the matchup at Louisville, Miami returns to Coral Gables to host No. 19 Clemson Sept. 29 at Cobb Stadium in its ACC home opener.