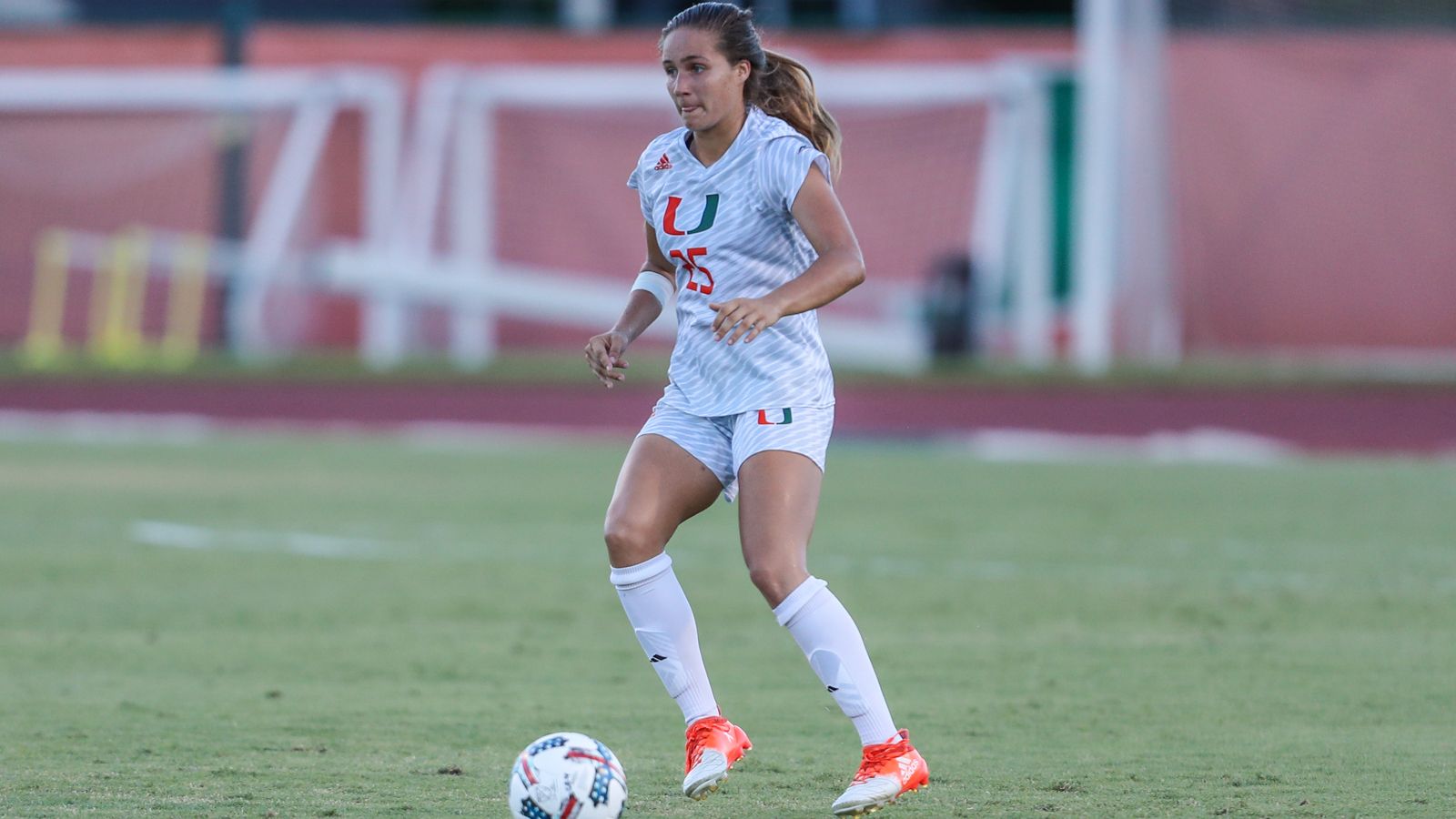 CINCINNATI – The University of Miami soccer team dropped a match for the first time this season Sunday afternoon at Cincinnati.

Miami (3-1-0) fell to the Bearcats, 1-0, at Gettler Stadium, with the lone tally of the match coming on a well-taken penalty kick early in the second half.

“We knew it was going to be a physical game,” Miami head coach Mary-Frances Monroe said. “We knew they were going to hit a lot of long balls. I think we did a gob job of collecting the first long ball, but we needed to be better at competing for the next.”

Goalkeeper Phallon Tullis-Joyce made several quality plays in the first half for Miami, as Cincinnati (3-0-1) produced some early chances offensively.

However, the redshirt junior was up to the task, logging a trio of saves before the intermission. Sophomore midfielder Lexi Castellano, playing on the back line, also produced some impressive moments.

The Hurricanes had a handful of opportunities late in the half, but were unable to convert any of them into a goal.

It marked just the second time in four matches this season Miami had a scoreless half, joining the first frame at FIU. On the other end, it was the seventh straight half without conceding a goal to open the season for the Hurricanes.

The Bearcats scored the match’s lone goal in the 60th minute, ending Miami’s streak of 329 minutes and 51 seconds without conceding to begin the season.

After a discussion between the referee and linesman, a penalty kick was awarded for Cincinnati. Senior forward Julie Gavorski stepped to the spot, from where she found the back of the net to make it 1-0.

Although the Hurricanes had some solid opportunities down the stretch, they could not find the equalizer and came up on the short end for the first time in 2017.

Tullis-Joyce ended the afternoon with six saves, just one shy of her career high, which she tied two days earlier against Miami (OH).

Up next for Miami is a trip for Connecticut for a pair of matches, the first of which is set for Friday at 7 p.m., against Yale at Reese Stadium in New Haven, Conn.