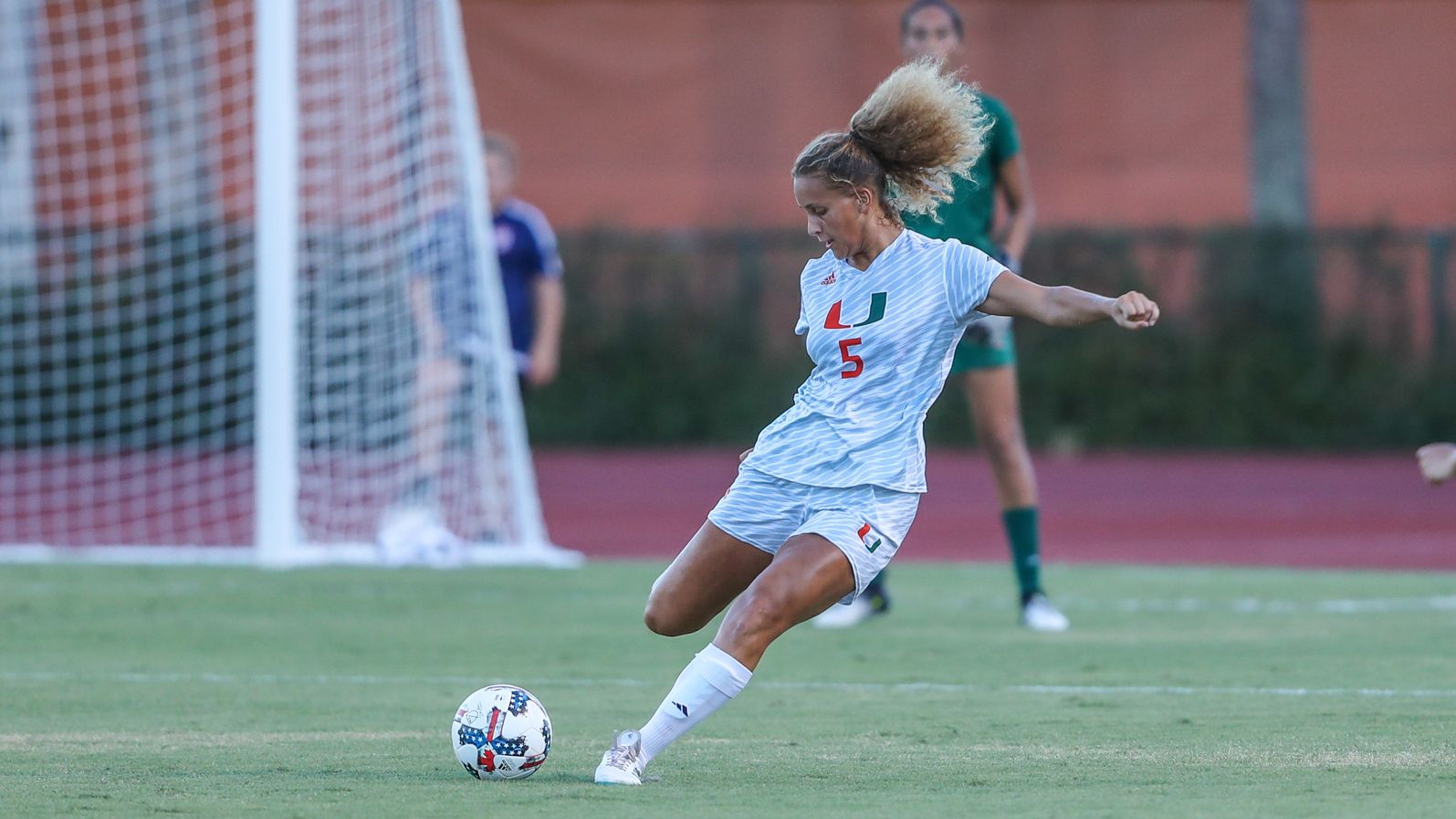 The Hurricanes meet Cincinnati at 1 p.m., at Gettler Stadium in Cincinnati. The contest will be the second between the two sides, with Miami earning a 2-0 home victory on Aug. 23, 2013 in the first.

Miami enters the match after notching three straight shutouts to open a season for the second time in program history and the first since 1999. The Hurricanes previously won their first four matches of a season, regardless of score, in 2013, 2008, 2006 and 2001.

The Hurricanes, at 3-0-0, have outscored opponents by a 10-0 margin and won each match by multiple goals. In their most recent outing, they recorded a 2-0 triumph at Miami (OH) Friday.

So far this season, senior forward Ronnie Johnson has totaled four goals and an assist. She has tied for sixth all-time at Miami in game-winning goals (five) and moved into ninth in shot attempts (114).

Cincinnati is also undefeated on the year, heading into the match with a 2-0-1 record. The Bearcats’ tie came in their most recent match, Thursday, against another ACC school, Pittsburgh. Last season, Cincinnati finished 11-5-4 (4-3-2 AAC) and lost in the conference tournament title match.

Sunday’s affair will be shown live on GoBearcats.com HERE, while live stats for the match can be found HERE.

Following their match at Cincinnati, the Hurricanes will have a pair of road matches next weekend, the first of which is set for Sept. 1 at 7 p.m., at Yale.