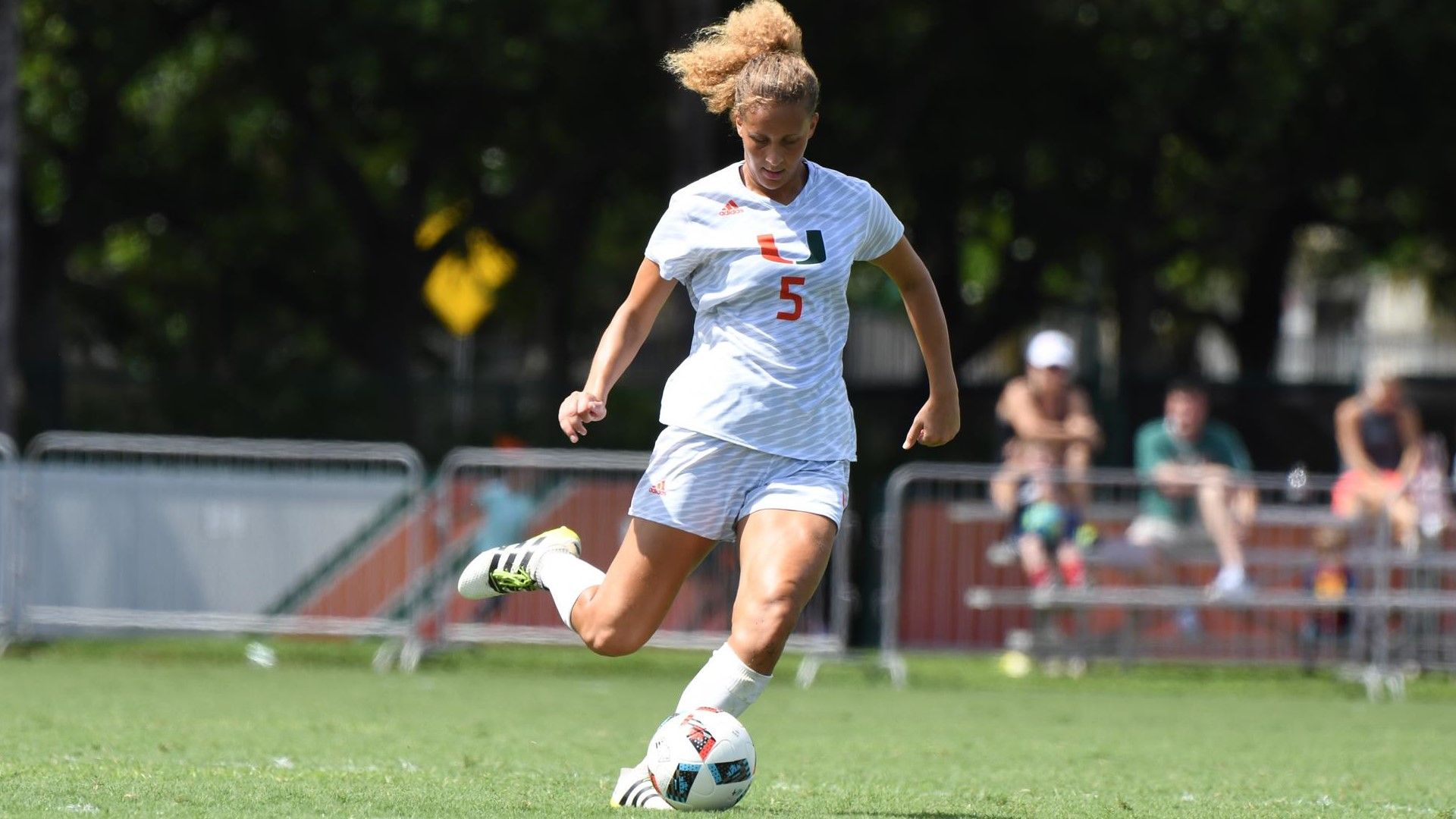 ORLANDO, Fla. – The University of Miami soccer team fell to UCF, 3-0, Wednesday night in an exhibition contest at the UCF Soccer and Track Complex to begin its 2017 campaign.

After the sides played to a 2-2 draw at Cobb Stadium during spring competition, the Knights used a goal in the opening minutes to build momentum and earn the victory.

“It’s always great coming out to play against a different opponent in the preseason,” Miami head coach Mary-Frances Monroe said. “It’s a great game to play, at UCF. The pace of the game is really high and it was definitely a game that challenged us.”

The Knights tacked on a second tally in the 20th minute after an unlucky bounce off senior midfielder Julia Moore slipped past redshirt junior goalkeeper Phallon Tullis-Joyce. Senior forward Morgan Ferrara earned an assist on the play.

“We just made some mistakes on our part and they capitalized on it. It’s a growing experience,” Monroe said. “This is what scrimmages are for. As coaches, we need to figure out what is going to work and what doesn’t work.”

Junior defender Maisie Baker nearly scored twice on header off free kicks in the first 35 minutes, missing a touch wide both times. The first came off the foot of junior midfielder Jamie Brunworth in the 15th minute and the second was from sophomore midfielder Kristina Fisher in the 34th.

UCF added a third goal in the 74th minute when Ferrara received a pass in the box from junior defender Emily Tipton, chested it down, turned and put it away towards the far post.

Although possession was even for the majority of the match, Miami was unable to come away with a goal in its first action of the fall. Tullis-Joyce concluded the night with a quartet of saves.

In addition, after missing the 2016 season, redshirt sophomore midfielder Ainsly Wolfinbarger returned to the field with 40 minutes of action off the bench.

Miami will play its final exhibition match Monday at 7 p.m., when it hosts Florida Tech at Cobb Stadium in its first home action of the season.