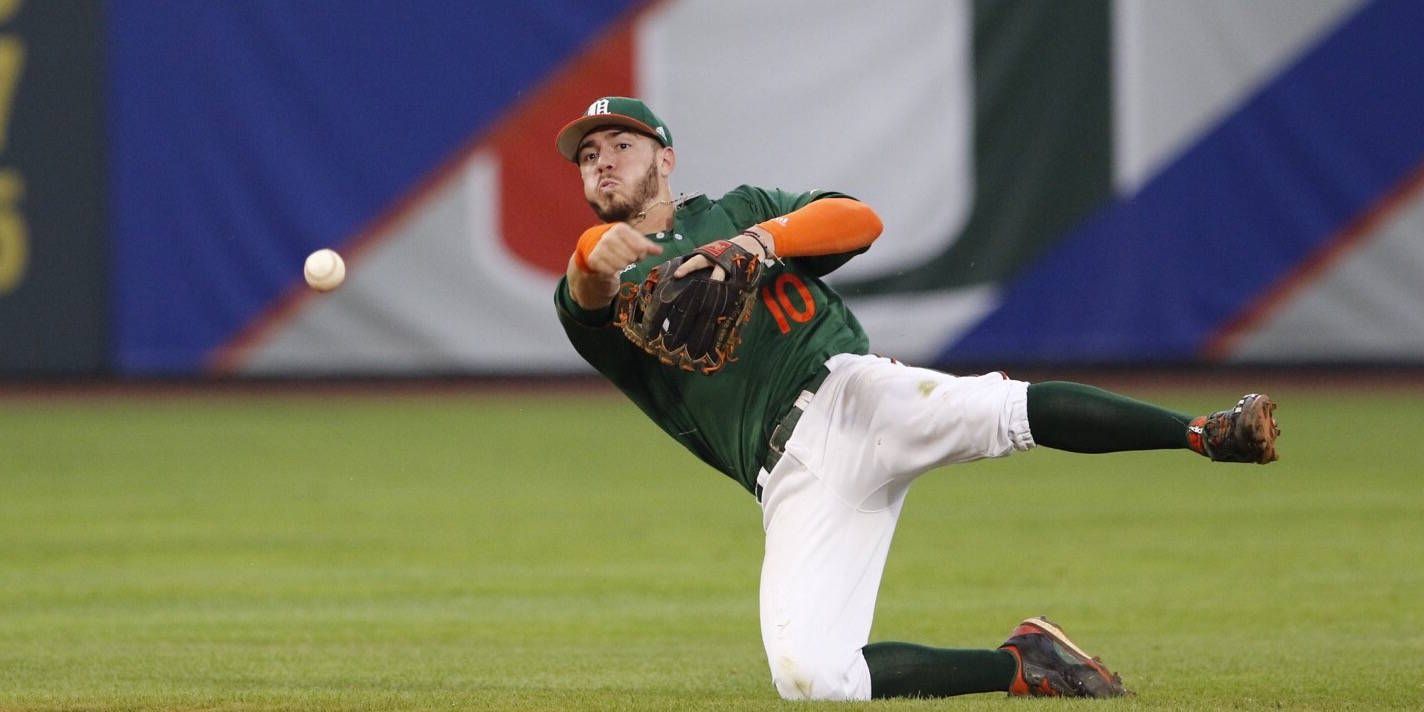 LOUISVILLE, Ky. – Miami’s run at the 2017 ACC Championship ended in the semifinal round Saturday night, as the sixth-seeded Hurricanes fell to second-seeded North Carolina, 12-4, at Louisville Slugger Field.

In a game marred by bad weather and delays, the Hurricanes went ahead early, fell behind in the middle innings and could not muster any offense late in front of 4,926 fans.

A 99-minute rain delay in the fourth inning prematurely ended the nights of both starting pitchers, and the game itself – which was originally slated to begin at 4 p.m. – did not commence until 6:32 p.m. due to inclement weather.

The Hurricanes (31-27), who advanced to the semifinals with wins over Georgia Tech and Wake Forest in Pool C, plated three runs off North Carolina righthander Luca Dalatri in the first inning.

Miami strung together four straight hits to jump out to the early lead.

Leading 1-0 two batters into the game, junior Johnny Ruiz pushed the advantage with a double to the left field corner that scored Burns.

Sophomore Romy Gonzalez capped the scoring with a single towards first base that scored Ruiz.

The Tar Heels (47-11) responded quickly, scoring an unearned run and capitalizing on a fielding error in the home half of the first.

North Carolina took its first lead in the fourth. A leadoff home run by Ashton McGee cut the Miami lead to 3-2, and players cleared the field with no outs and two runners on.

The delay began at 7:51 p.m. and did not end until 9:30 p.m., at which point junior lefthander Michael Mediavilla entered in relief.

The Heels strung together a sacrifice fly to tie the game 3-3 and an RBI groundout to take their first lead at 4-3.

A two-RBI from Kyle Datres provided two of North Carolina’s three insurance runs in the sixth, pushing the deficit to 7-3.

The Tar Heels put the game away with four runs in the seventh, increasing their lead to 11-3.

Miami got a run back in the eighth on an RBI groundout from redshirt senior Christopher Barr.

The Hurricanes now await their NCAA postseason fate. The 16 NCAA Regional host sites will be announced Sunday at 8:30 p.m., and the NCAA Selection Show with the entire Field of 64 is set to begin at 12 p.m. Monday on ESPN2.