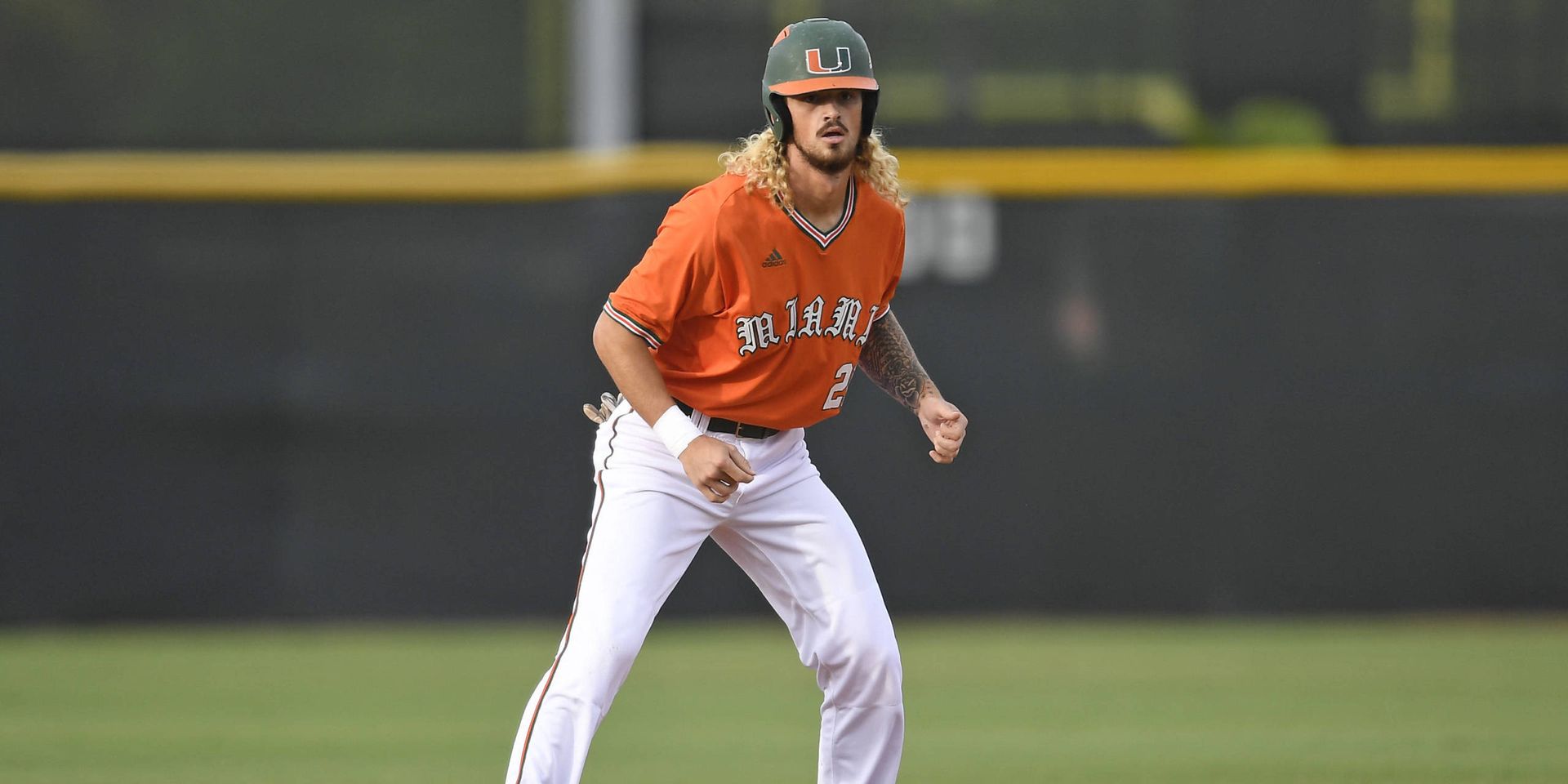 CHARLOTTESVILLE, Va. – Miami fought back to tie the game in the eighth inning, but fell to No. 10 Virginia, 7-4 in the series rubber match Sunday afternoon at Davenport Field.

Trailing 3-2 in the eighth, Miami knotted the game on a groundball from senior Joe Gomez that was mishandled by Virginia third baseman Nate Eikhoff, allowing junior Hunter Tackett to score from third.

But the Cavaliers struck for four runs in the home half of the frame on an RBI single from Andy Weber, a two-run error on a fielder’s choice and a sacrifice fly to capture the win in front of 4,211 fans.

Miami got a run back in the ninth on an RBI double from junior Michael Burns, but it wasn’t enough, as reliever Tommy Doyle (2-1) pitched the final two innings to seal the win.

Lepore, who threw 6.1 innings of relief last time out vs. Bethune-Cookman on May 6, scattered four hits and three walks across 84 pitches. He struck out two batters and allowed three runs (one earned) before giving way to the bullpen to start the sixth.

The Hurricanes (25-26, 13-13 ACC) found early success against Virginia righthander Derek Casey, but could not come up with a run-scoring hit until the fifth.

Miami stranded single runners in the first and second innings and a pair of runners in the third and fourth. The Hurricanes left 10 men on base and batted just .125 (2-for-16) with runners on base Sunday.

The Cavaliers (38-12, 16-11 ACC) opened the game’s scoring on a solo home run to right field by Jake McCarthy off Lepore in the third.

An inning later, Virginia took advantage of a pair of Miami defensive miscues to push its lead to 3-0.

With the first two batters of the inning aboard on a throwing error and a botched fielder’s choice, the Cavaliers got a sacrifice fly from Weber and an RBI single from Ernie Clement to score two unearned runs.

With runners on the corners and two outs in the third, Casey struck out sophomore Romy Gonzalez to end the threat.

A single from redshirt senior Edgar Michelangeli and a walk from Gomez set up a two-on situation in the top of the fourth, but Casey got James Davison on a groundout to keep the Hurricanes off the scoreboard.

Miami finally broke through in the fifth. With the bases loaded on a single from Burns and walks from senior Johnny Ruiz and Gonzalez, Tackett sliced a two-RBI double off the wall in right to cut the deficit to 3-2 and chase Casey.

Virginia reliever Bennett Sousa entered in relief and limited the damage to two runs, striking out Michelangeli and retiring redshirt senior Christopher Barr on a lineout to short.

Casey surrendered six hits and four walks in 4.1 innings. He threw 97 pitches and struck out a pair.

Virginia looked poised to add to its lead in the sixth when sophomore Andrew Cabezas loaded the bases on two infield singles and a walk.

Cabezas (4-3) buckled down, however, striking out Jake McCarthy and inducing a groundout from Adam Haseley to end the threat and hold the deficit at 3-2.

The Hurricanes will conclude the regular season with a four-game homestand beginning Tuesday, May 16 at 7 p.m. against FGCU. First pitch for the contest, slated for broadcast on ACC Network Extra and WVUM 90.5 FM, is set for 7 p.m.