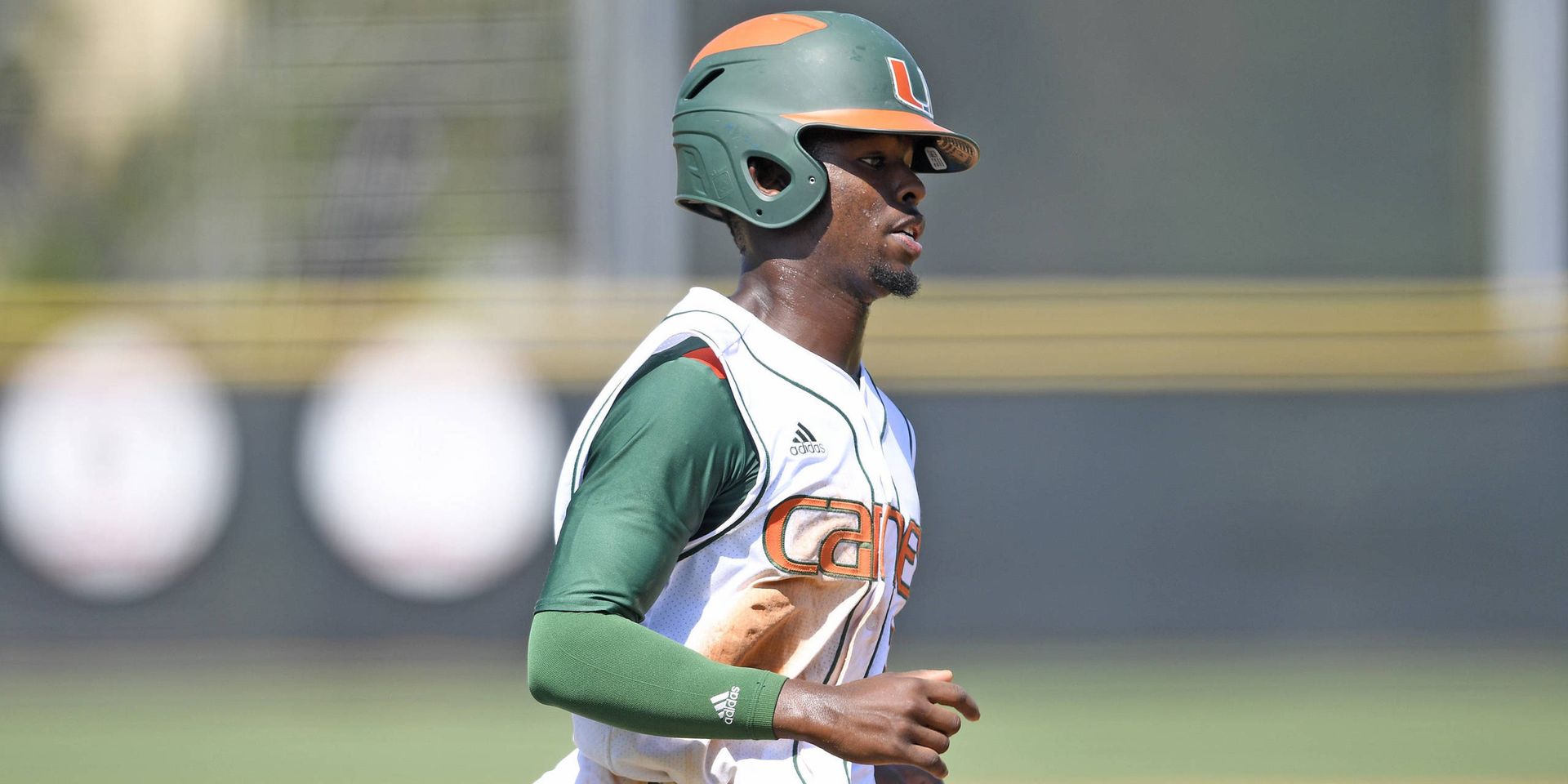 CHAPEL HILL, N.C. – Miami tied for the most hits No. 8 North Carolina has allowed all season, but fell to the host Tar Heels by a final score of 6-3 Saturday afternoon at Boshamer Stadium.

The two teams combined for 17 runners left on base, including nine by the visitors.

A two-run home run by Brandon Riley to right opened the scoring in favor of the hosts in the bottom of the second, and Brian Miller added a two-run triple in the fourth.

North Carolina starter Gianluca Dalatri allowed a career-high nine hits against the Hurricanes, but managed to weave his way through major difficulty by stranding runners in the early innings.

Trailing 4-0 in the early going, Miami used a three-run fifth to cut into the deficit and chase Dalatri.

The Hurricanes scored their first run on an RBI single by junior Carl Chester that split the Tar Heels’ middle infield. With the bases loaded, Tar Heels reliever Bret Daniels hit junior Michael Burns with a pitch to plate the second run of the inning.

An RBI groundout by junior Brandon Gali scored Chester capped the scoring for the Hurricanes.

Junior lefthander Jeb Bargfeldt (1-2) tossed 5.0 innings and allowed four runs (three earned). He walked a career-high five batters and struck out two across 75 pitches before being relieved by freshman Evan McKendry to start the sixth inning.

McKendry allowed two runs in the sixth, as North Carolina padded its lead back to three runs at 6-3.

Freshman Albert Maury, Jr., pitched a scoreless seventh and sophomore Andrew Cabezas a scoreless eighth for the Hurricanes, who were held scoreless for the game’s duration after the three-run fifth.

Tar Heels closer Josh Hiatt walked junior James Davison to open the ninth, but induced a game-ending double play for his ninth save of the season.

Davison led the Miami offense with a career high-tying three hits (3-for-4) and reached base four times in the loss.

The two teams return to Boshamer Stadium Sunday for the finale of the weekend series. First pitch for the game, slated for broadcast on RSN and WVUM 90.5 FM, is set for 12 p.m.