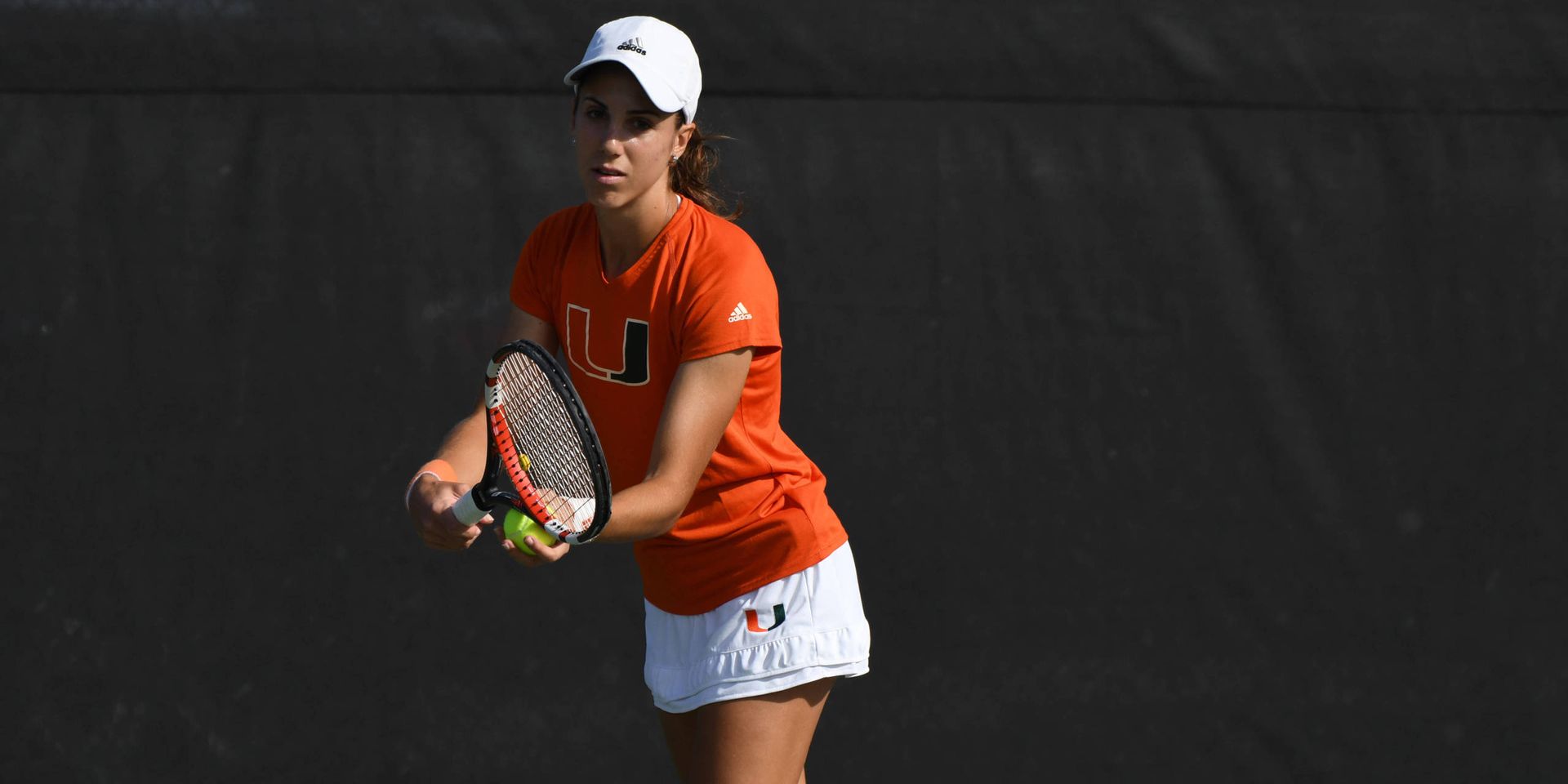 ATLANTA – The University of Miami women’s tennis team fell to No. 11 Georgia Tech, 5-2, in its first ACC road match of the season Tuesday afternoon at the Ken Byers Tennis Complex.

No. 29 Miami (4-5, 3-1 ACC) won the doubles point for the first time this year in conference action, but the Yellow Jackets took five singles matches to earn the victory.

“We played some tough tennis today,” Miami head coach Paige Yaroshuk-Tews said. “As a unit, we need to be aware of the details moving forward; they make a difference in the outcome of these tight matches.”

Georgia Tech (14-2, 5-0 ACC) got on the board first in doubles play, as Kenya Jones and Paige Hourigan downed junior Silvia Fuentes and freshman Dominika Paterova, 6-2. However, Miami won each of the other two matches to take the doubles point.

Renaud opened up singles play by registering a 6-3, 6-3 triumph over Epstein to even the score. Georgia Tech then went in front behind a 6-1, 7-5 win by No. 91 Hourigan over No. 66 Perez-Somarriba, as the freshman lost just her second singles match in 10 outings this spring.

Immediately after Miami pulled even, No. 52 McAdoo gave the lead back to the Yellow Jackets with a 6-4, 6-4 victory against seventh-ranked Lohan.

“We fought hard and just came up short at some spots,” Yaroshuk-Tews said. “Credit to Tech; they played the big points better today.”

For the Hurricanes, the result stopped a six-match winning streak against Georgia Tech, falling to the Yellow Jackets for the first time since the quarterfinals of the 2012 ACC Championship.

Miami will now return home to Coral Gables, Fla., where it will host third-ranked North Carolina Friday at 4 p.m., and No. 18 Duke Sunday at noon, at the Neil Schiff Tennis Center.