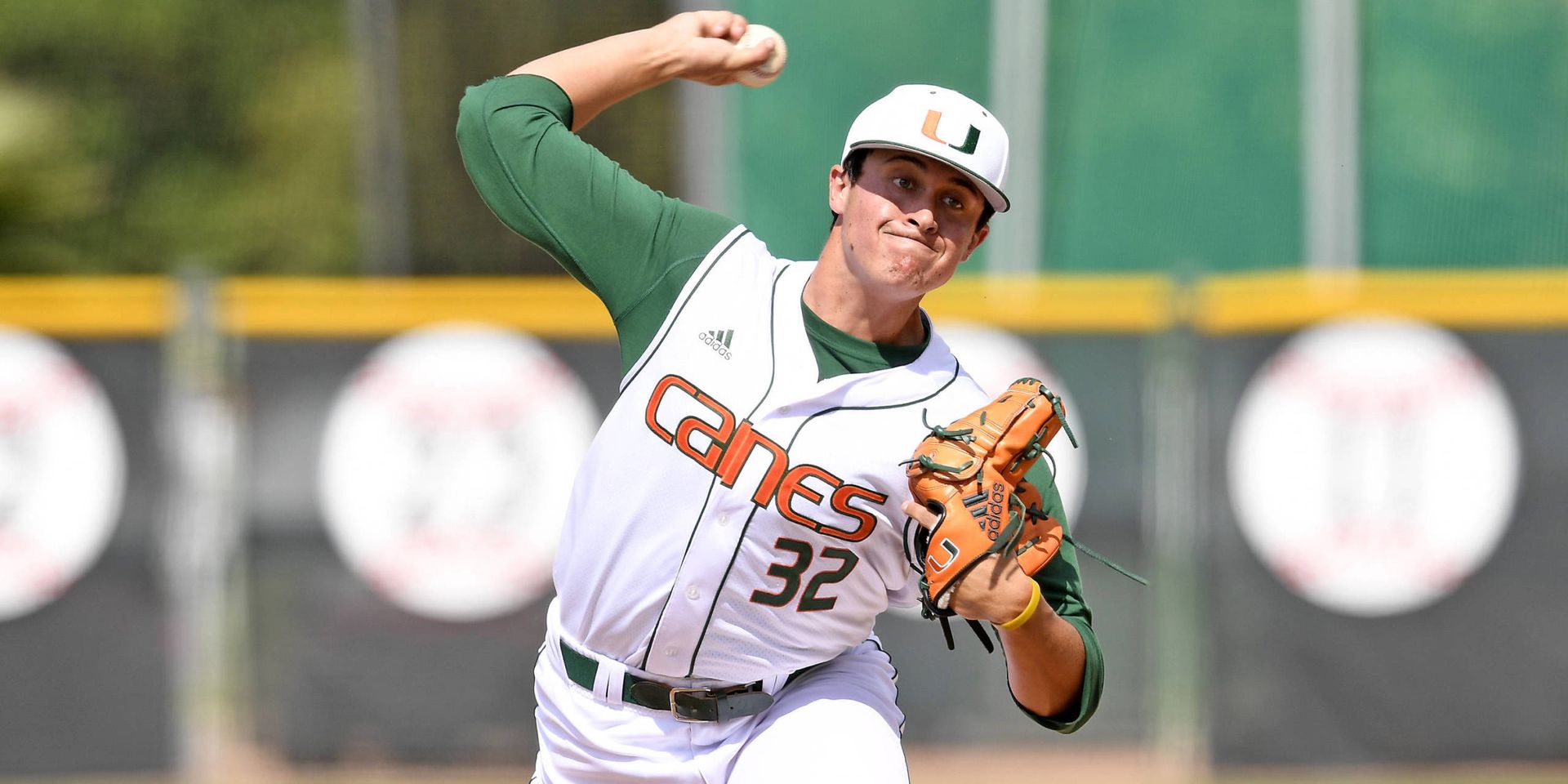 MIAMI, Fla. — The Hurricanes fell on a walk-off sacrifice fly Wednesday night at FIU Baseball Stadium, dropping the second leg of its home-and-home with the crosstown Panthers by a final score of 3-2.

Trailing 2-0 late in the game, FIU (7-6) tied the game with single runs in the sixth and seventh innings.

In the ninth, FIU’s JC Escarra led off with a single off Miami closer Frankie Bartow (0-1).

A sacrifice bunt moved Escarra into scoring position, and, with two runners on base, FIU’s Nick Day lifted a ball to deep center field that plated pinch runner Kolby Follis from second.

Making his first career start as a Hurricane, freshman righthander Evan McKendry delivered an impressive showing on the hill.

He struck out two batters in his first inning and a career-high six on the night, weaving his way out of any trouble in five shutout innings.

McKendry allowed just three hits and one walk across 82 pitches.

After struggling to string together any offense Tuesday at home, Miami wasted little time in opening the scoring Wednesday.

The Hurricanes (4-8) quickly loaded the bases against FIU righthander Tyler Myrick, as singles from juniors Michael Burns and Carl Chester were sandwiched around a walk from senior Johnny Ruiz.

Sophomore Romy Gonzalez chopped an RBI groundout to short for the game’s opening run, sending Miami to an early 1-0 advantage. Myrick did well to limit the damage, striking out junior Hunter Tackett and senior Barry Buchowski to keep the FIU deficit to one run.

Myrick struck out seven batters in 5.0 innings. He walked three and allowed two hits before being relieved by Michael Agis in the sixth.

Miami took advantage of the pitching change, tagging Agis for a run to double its lead to 2-0.

After a leadoff walk by Chester to open the sixth, Buchowski laced a two-out double to right-center that scored Chester from second.

McKendry did well to escape a second-inning jam. After the first two Panthers batters of the inning reached base via single and walk, McKendry struck out Zach Files and Eddie Silva to maintain the visitors’ 1-0 lead.

FIU threatened once again in the fourth, but McKendry worked his way out of trouble. After retiring the leadoff hitter on a flyout, McKendry allowed back-to-back singles to Kenny Meimerstorf and Escarra.

Bu McKendry struck out FIU catcher Zack Soria and, with two runners in scoring position, got Files for the second time to end the inning.

McKendry retired the FIU side in order in the fifth on three straight groundouts before being relieved by freshman Albert Maury, Jr., to open the sixth.

An RBI single from FIU’s Adam Sevario off Miami righthander Andrew Cabezas tied the game 2-2 in the seventh.

The Hurricanes return to Alex Rodriguez Park at Mark Light Field Friday for their opening ACC series against visiting Georgia Tech. First pitch for the series opener, slated for broadcast on ACC Network Extra and WVUM 90.5 FM, is set for 7 p.m.