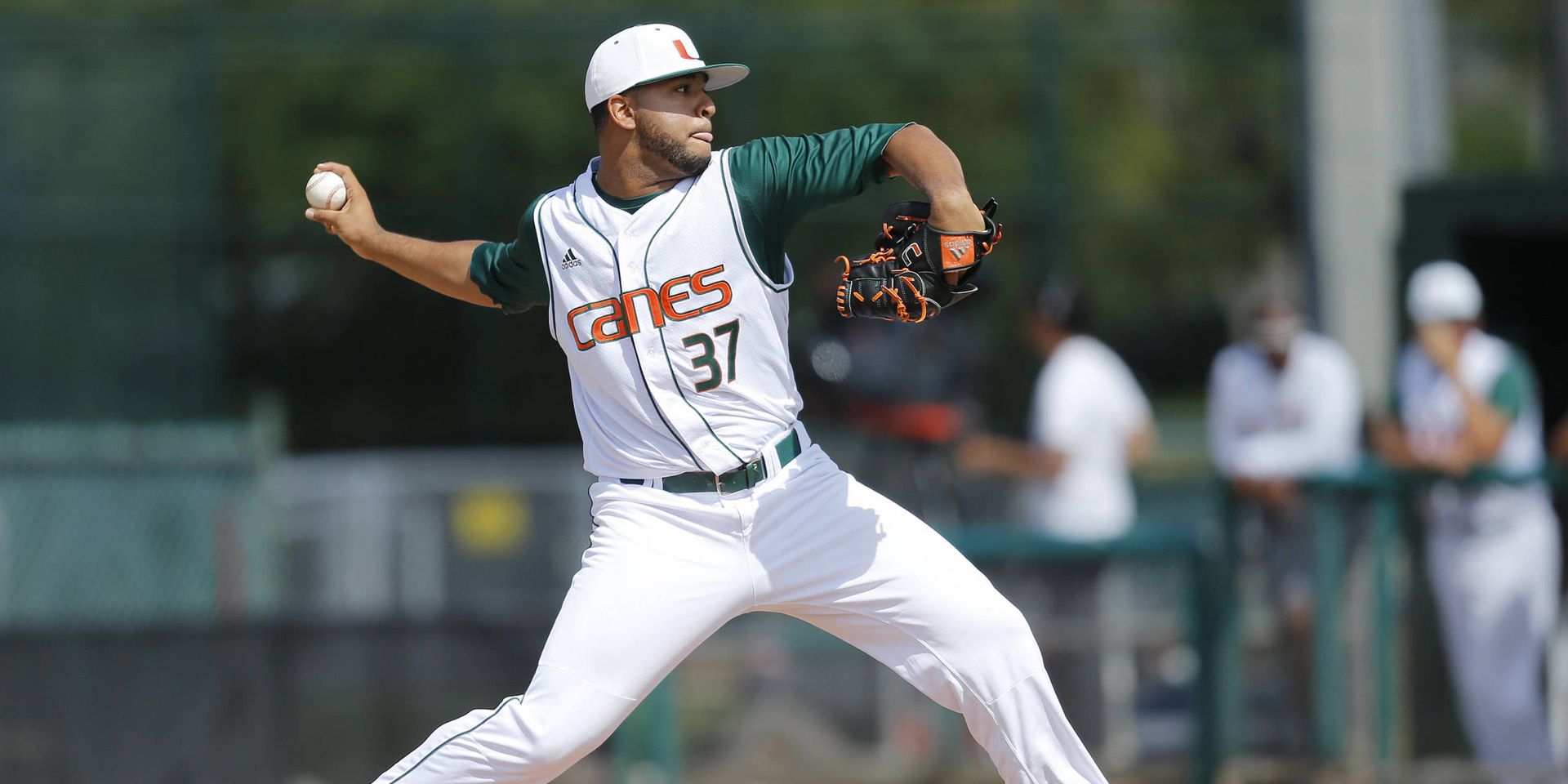 Mediavilla (0-3) departed in the sixth after the first two Big Green batters of the inning reached base.

The Hurricanes out-hit the Big Green 8-7, but had no hits with runners in scoring position.

“We’re a little down, obviously. We haven’t been playing well,” senior Johnny Ruiz said. “We have to bounce back. Whatever happened today, this weekend and the last couple of weeks is already behind us.”

A night after evening the series with a thrilling ninth-inning victory, the Hurricanes failed to generate any momentum Sunday in front of 2,627 fans.

A solo home run by Dartmouth’s Trevor Johnson on the very first pitch of the afternoon gave Dartmouth a 1-0 lead in the first inning.

“It’s frustrating because yesterday we played so well, with so much energy,” Ruiz said. “You could just see the passion in everybody’s eyes, that they wanted it. Today, for some reason, nobody – including some of the veteran guys – we didn’t have that energy.

Aided by some sloppy defense by the Miami infield in the second, the Big Green added a pair of runs to pad its lead to 3-0. With a runner on second base, Dartmouth designated hitter Mike Brown went all the way to third on a botched groundball.

An RBI bunt single from Nate Ostmo then scored Brown.

Dartmouth (4-2) made it 5-0 in the fourth, as the visitors capitalized on another defensive miscue – this one an errant throw to second from catcher Joe Gomez on an attempted steal. An RBI groundout by Johnson scored Ostmo, who singled up the middle earlier in the inning.

Miami’s first pair of hits came in the fourth inning, when junior Carl Chester reached base for the sixth straight game with an infield single. Senior Christopher Barr singled through the right side to put two runners on base, but Dartmouth righthander Michael Danielak got Randy Batista on a groundout to end the threat.

Making his season debut, sophomore Keven Pimentel entered in the sixth with two runners on and escaped any damage.

Danielak (2-0) went seven strong innings for the visitors. He struck out six batters and allowed five hits with one walk on 109 pitches.

The Hurricanes (4-6) threatened in the seventh, when senior Edgar Michelangeli cracked a two-out single to left and, one pitch later, junior Hunter Tackett dropped an infield single to right.

But Danielak struck out Gomez to maintain his team’s advantage.

Pimentel struck out three batters in three shutout innings of relief. He allowed just one baserunner in 34 pitches.

“[Dartmouth] outplayed us. We have to play better,” head coach Jim Morris said. “We came out yesterday with great intensity and played the game really hard. You could see the passion, that we wanted it. I didn’t see that today.”

The Hurricanes return to Mark Light Field for the first leg of a home-and-home with crosstown foe FIU on Tues., March 7. First pitch for the contest, slated for broadcast on ACC Network Extra and WVUM 90.5 FM, is set for 6 p.m.