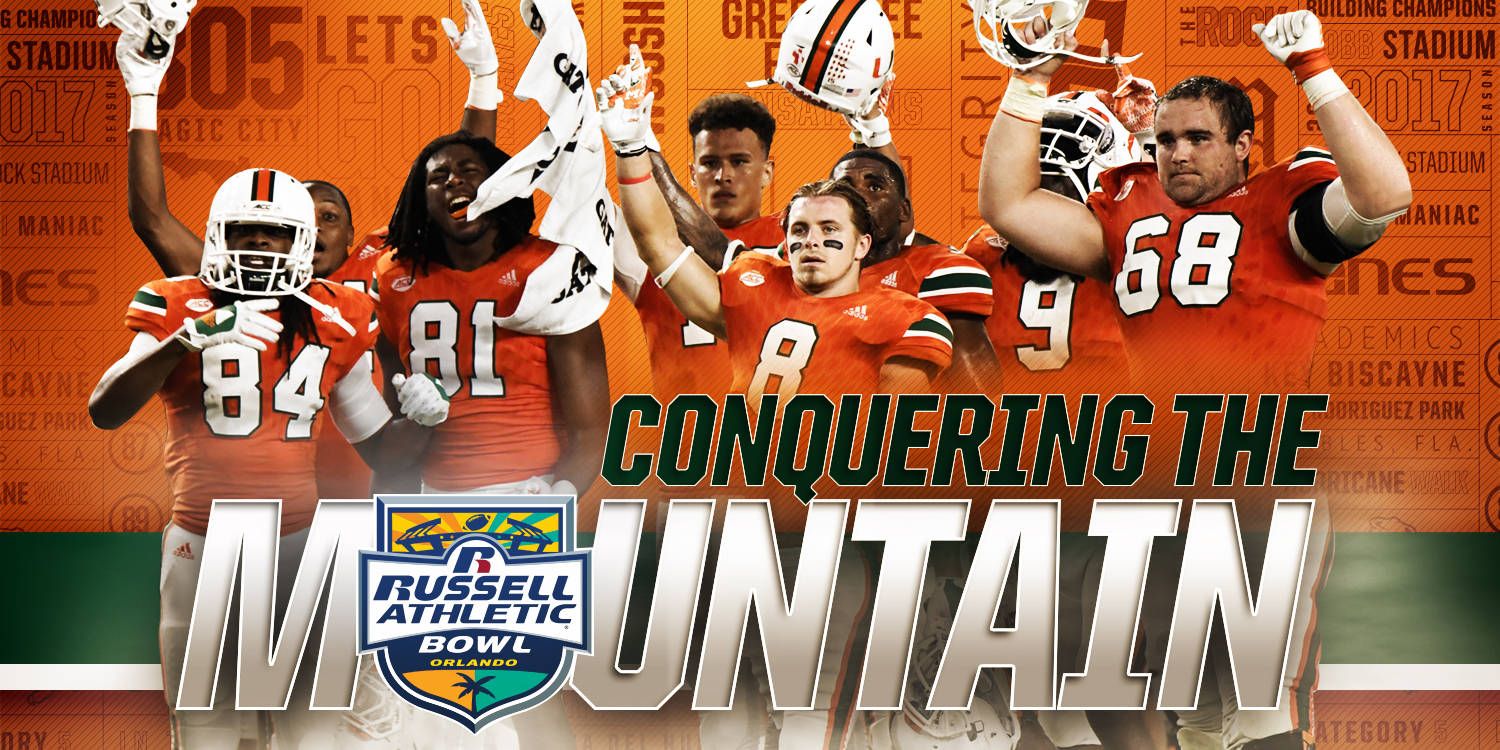 ORLANDO, Fla. — In dire need of some offense and with his team trailing West Virginia early in the Russell Athletic Bowl, University of Miami head coach Mark Richt called a simple hitch route to open the Hurricanes’ seventh offensive series.

Freshman wide receiver Ahmmon Richards caught a pass and blew by four defenders for a 51-yard touchdown, jumpstarting a dominant stretch by Russell Athletic Bowl MVP Brad Kaaya that propelled Miami to its first bowl win since 2006, 31-17 over West Virginia.

After Kaaya hit Richards, 48,625 fans watched the junior complete 18 of his next 20 passes, a streak that included a Miami bowl record-tying four touchdown passes.

The Hurricanes (9-4) offense had strung together six straight three-and-outs and totaled just 31 yards over their first six drives.

“One play kind of sparked the team, offensively especially, and I think helped Brad,” head coach Richt said. “He was just missing some targets. Balls that may have been catchable, but not the darts that I’m used to seeing him throw.

“It’s awesome. All the credit to the guys that I had catching the ball for me. I’m sure Erickson had some good guys catching for him,” Kaaya said. “Two of those passes, Ahmmon took a five-yard hitch like 60 [yards] and David did the same for a bubble screen. So just credit to those guys right there.”

The offense might never have had the chance if it wasn’t for a stout performance from the Hurricanes defense that started on the Mountaineers’ first drive and lasted the entire game.

“The game started out sorry. The defense was playing great and it started sorry offensively,” Richt said. “The defense could have started pointing fingers and getting mad and all that kind of thing. We just don’t do that here.”

The Mountaineers fumbled on their opening drive, as junior Chad Thomas stripped Mountaineers quarterback Skyler Howard on a 3rd-and-5 rush and sophomore Kendrick Norton pounced on the loose ball.

Facing one of the nation’s most explosive offenses, the Hurricanes defense held the Mountaineers to a season-low 229 yards on the night, its fewest all season.

West Virginia (10-3) got on the board first Wednesday night, taking advantage of a short field and capping a 39-yard scoring drive with a six-yard touchdown run by Kennedy McKoy with just more than five minutes remaining in the opening quarter.

Miami’s offense compiled just 19 yards in the first, and finished 0-for-4 in the opening stanza on third down. But thanks to some stellar play by the defense, Miami trailed just 7-0, as West Virginia’s high octane offense totaled 49 yards on its four other drives of the quarter.

“I was just saying how much fun it is to win and celebrate with these guys,” Richt said. “After all these years of coaching, that is by far the most fun for me – to be in that locker room after a game like that and celebrate. There’s nothing like it.”