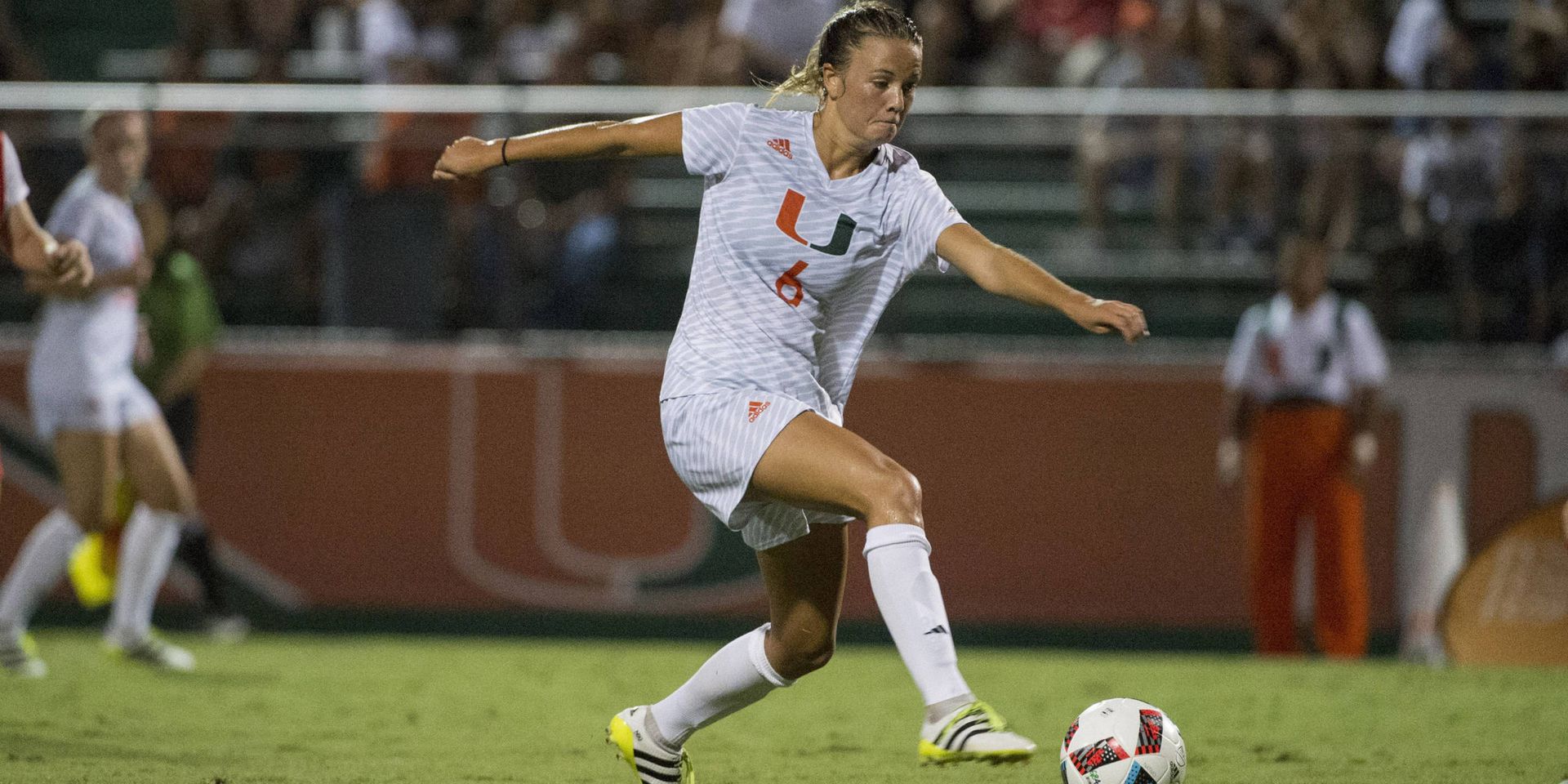 NOTRE DAME, Ind. – The University of Miami soccer team dropped its regular season finale on the road Thursday night at No. 12 Notre Dame, 2-0.

The Fighting Irish, who earned the top seed in the ACC Championship with the win, took the lead in the closing minutes of the first half and then tacked on a second goal early in the second frame. Miami will enter the postseason with a 10-8-0 (5-5-0 ACC) record after the defeat at Alumni Stadium.

“I thought we played really well in the first half and were unfortunate to go down, 1-0,” Miami head coach Mary-Frances Monroe said. “We are excited that our next step is the ACC tournament and the team will be ready.”

Notre Dame (12-2-4, 7-1-2) scored the opening goal of the match, an unassisted tally, in the 44th minute on a splendid shot from distance off the foot of Kaleigh Olmsted.

The Fighting Irish doubled their lead in the 57th minute when junior forward Meghan Doyle played a nice cross into the box and senior midfielder Sandra Yu tapped it in.

Yu’s goal marked just the third time in 18 matches this season Miami has conceded multiple goals in a match.

The Hurricanes had several chances to find the back of the net, but were unable to do so. Junior forward Ronnie Johnson finished with a co-match high three shots on goal, while junior forward/midfielder Grace Rapp had a team-best two shots on goal. However, Notre Dame, which allowed just one goal at home the entire regular season, held strong.

Thursday’s contest was just the second time in 2016 the Hurricanes have dropped a match by multiple goals and the first such decision in a shutout.

Miami, picked last in the ACC preseason poll, has earned the No. 7 seed in the ACC Championship and will take on second-seed Clemson, ranked No. 14 in the nation, Sunday at 1 p.m., in Clemson, S.C.