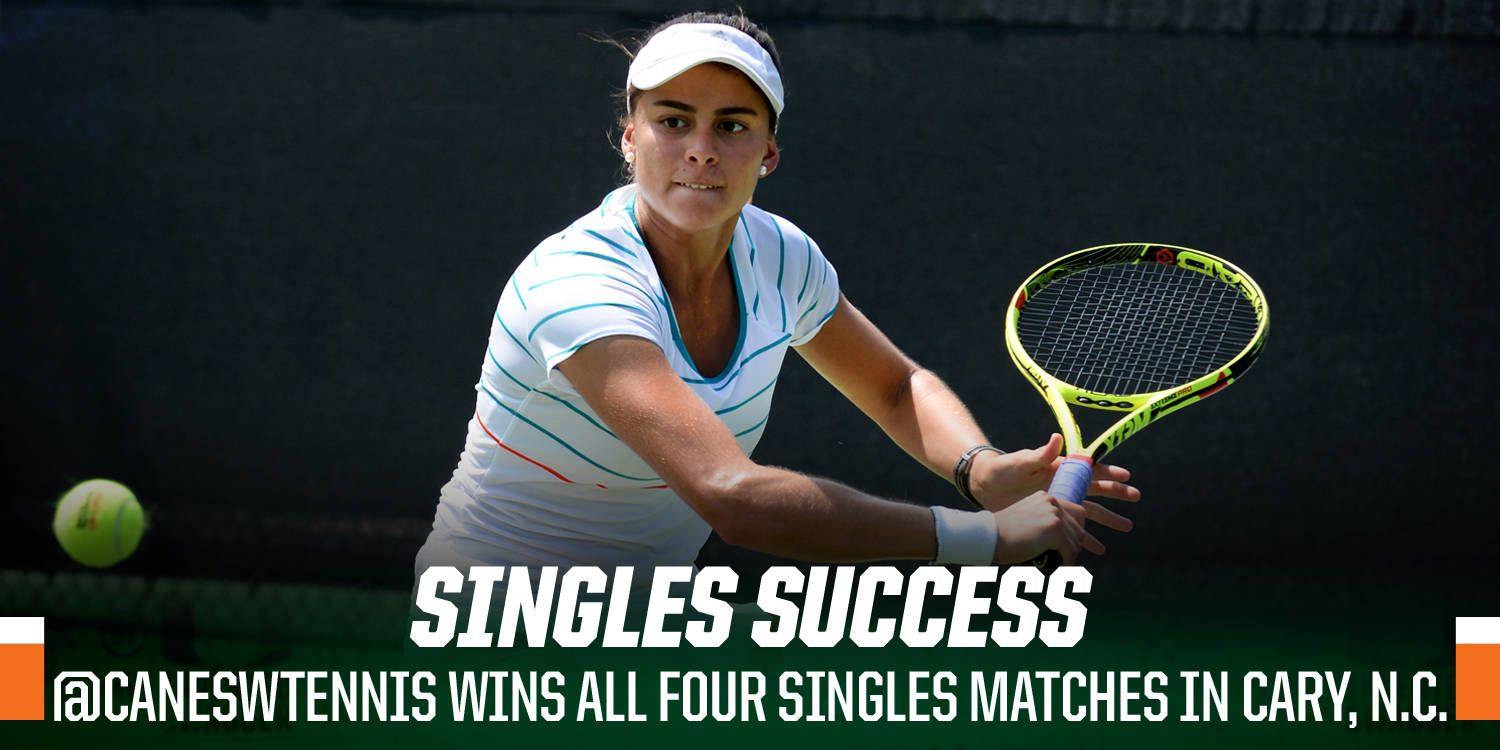 Miami 4-0 in Singles on Day Two at Duke Invite

CARY, N.C. – The University of Miami women’s tennis team went 4-0 in singles play on the second day of the Duke Bonk Invitational.

“Competing at a high level is a matter of finding a good balance between staying loose and still being very disciplined with what is working in the moment,” Miami associate head coach Laura Vallverdu said. “The girls competed a bit better today, but you are only as good as your last day out on the court. I’m looking for a solid day tomorrow.”

Epstein, in the semifinals of the Blue Singles Main Draw, picked up a 6-1, 6-4 victory over Anna Rogers to advance to the final. In the consolation semifinals of the same draw, Fuentes topped North Carolina’s Cassandra Vazquez in thrilling fashion, earning a 7-6 (7-2), 7-6 (7-3) win.

Earlier in the day, all four Hurricanes at the tournament competed in doubles. In the Black Doubles Main Draw final, Fuentes and Ogando fell to Jessie Aney and Alexa Graham of North Carolina, 8-0. Epstein and Madcur dropped an 8-4 decision to Virginia’s Hunter Bleser and Camille Favero in the White Doubles Consolation Draw finale.

Action in the Tar Heel State will conclude Sunday morning and play is scheduled to begin at 9 a.m. Epstein will meet No. 89 Josie Kuhlman of Florida in the championship of her draw, while the other three Miami participants will be in the consolation finals of their draws.

Fuentes is set to take on Janina Braun of VCU, while Ogando meets Katarina Weymouth of Furman and Madcur plays Anna Rasmussen of VCU.