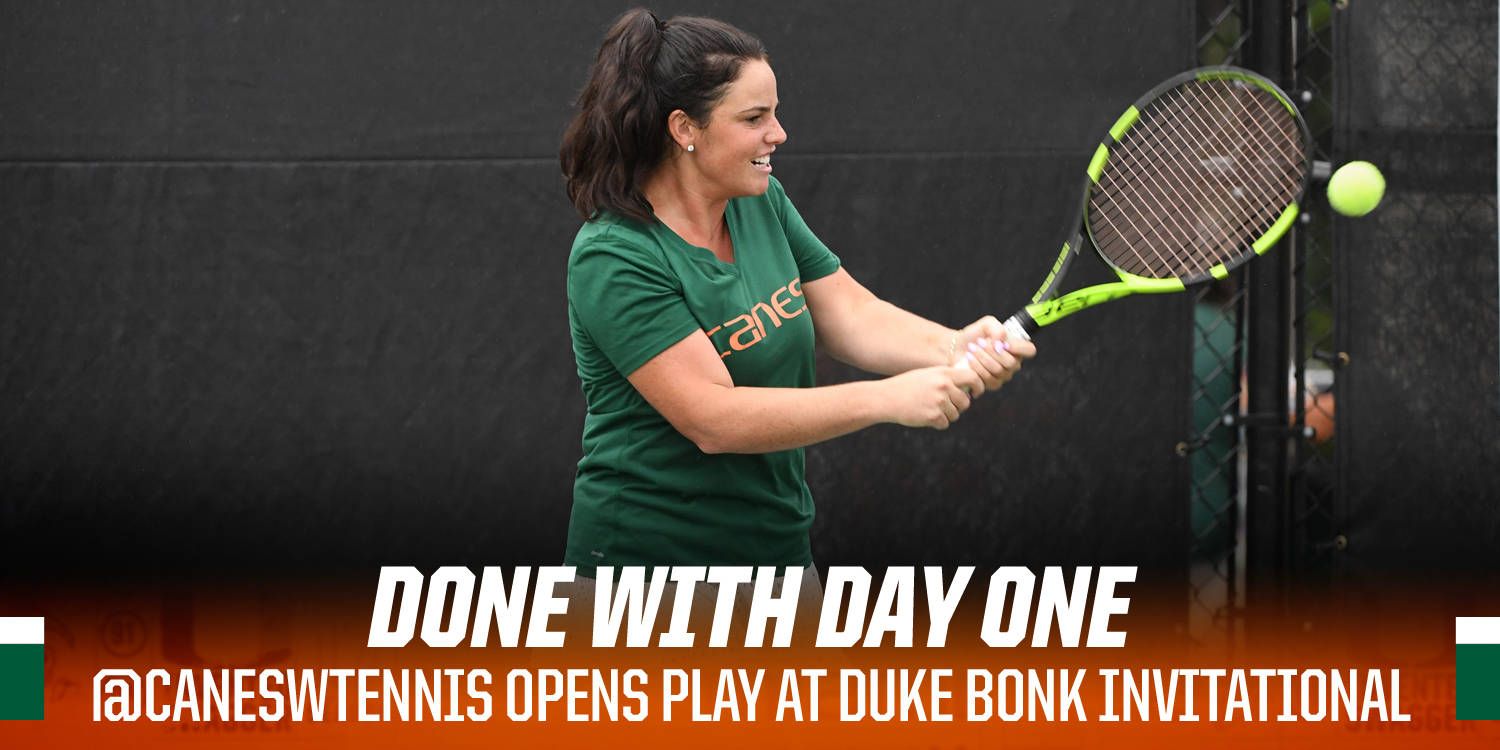 The four Hurricanes in action combined to go 3-1 in doubles and 1-3 in singles at Cary Tennis Park. The duo of junior Silvia Fuentes and redshirt sophomore Yolimar Ogando won a pair of matches to reach the championship of the Black Doubles Main Draw.

“I’m excited this year has started and excited to have our players out there,” Miami associate head coach Laura Vallverdu said. “We are definitely looking to finish the weekend on a strong note, starting with tomorrow. These girls need to continue to keep their foot on the gas pedal no matter what.”

In the first match of the season, redshirt senior Maci Epstein and sophomore Ana Madcur fell, 8-6, to Virginia’s pair of Chloe Gullickson and Rosie Johanson in the opening round of the White Doubles Main Draw. The pair then bounced back in consolation play to earn an 8-6 win over Ansley Speaks and Katarina Weymouth of Furman.

Fuentes and Ogando topped North Carolina’s Maggie Kane and Cassandra Vazquez, 8-3, in their first match. In their second match, the duo defeated No. 19 Josie Kuhlman and Belinda Woolcock of Florida, 8-5, to reach the draw’s final.

The win over the Florida duo marked the first time either Fuentes or Ogando has defeated a ranked doubles pair and it came against a top-20 opponent.

Epstein and Madcur will take on Hunter Blesar and Camille Favero of Virginia in their draw’s consolation final Saturday morning, while Fuentes and Ogando are set to face North Carolina’s Jessie Aney and Alexa Graham.