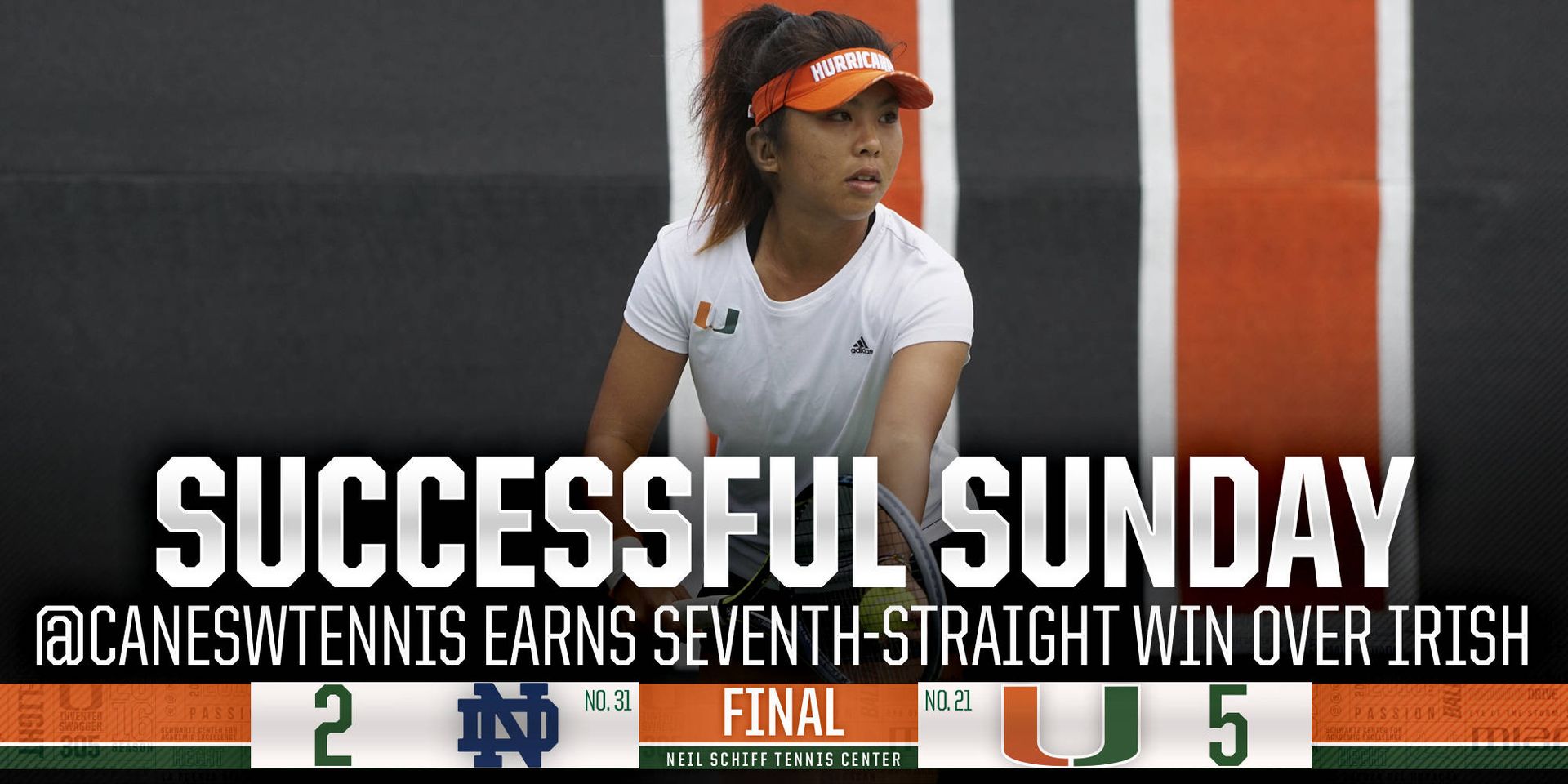 The doubles duo won its match together and each picked up a singles victory to help No. 21 Miami (6-4, 3-2 ACC) come away with the win. It marked the seventh-consecutive win for Miami over Notre Dame, a streak dating back to May of 2004.

“It was a nice win for us today,” Miami head coach Paige Yaroshuk-Tews said. “Notre Dame is solid from top to bottom.”

Sophomore Sinead Lohan and freshman Clara Tanielian got Miami on the board first in doubles with a 6-3 victory over Mary Closs and Julie Vrabel. Wagner and Zhang, ranked No. 11, then clinched the doubles point for the Hurricanes with a 6-3 comeback win over No. 21 Quinn Gleason and Monica Robinson.

The match between sophomore Silvia Fuentes and senior Clementina Riobueno of Miami and Notre Dame’s Brooke Broda and Allison Miller was left unfinished with the score even at four.

It did not take long for the Hurricanes to extend their lead to 3-0 during singles play, as freshman Ana Madcur and eighth-ranked Wagner both rolled to quick, impressive victories. Madcur topped Jane Fennelly, 6-2, 6-0, and Wagner defeated No. 41 Gleason, 6-1, 6-3.

No. 73 Zhang would be the one to seal the deal for the Hurricanes, coming away with a 6-2, 6-4 win over Miller to give the Hurricanes their second ACC win in five days.

“Huge comeback from Lohan at the two spot,” Yaroshuk-Tews. “We have to get a little rest leading into a busy next week.”

Beginning March 14, the Hurricanes will play four matches in seven days, all at 11 a.m., with the first three at home. The stretch starts against No. 32 Columbia and then continues the 16th versus the top-ranked team in the nation, Ohio State. Miami then meets No. 39 Virginia Tech on the 18th and follows that by a road contest at Pittsburgh on the 20th.

For more information on the University of Miami women’s tennis, follow @CanesWTennis.