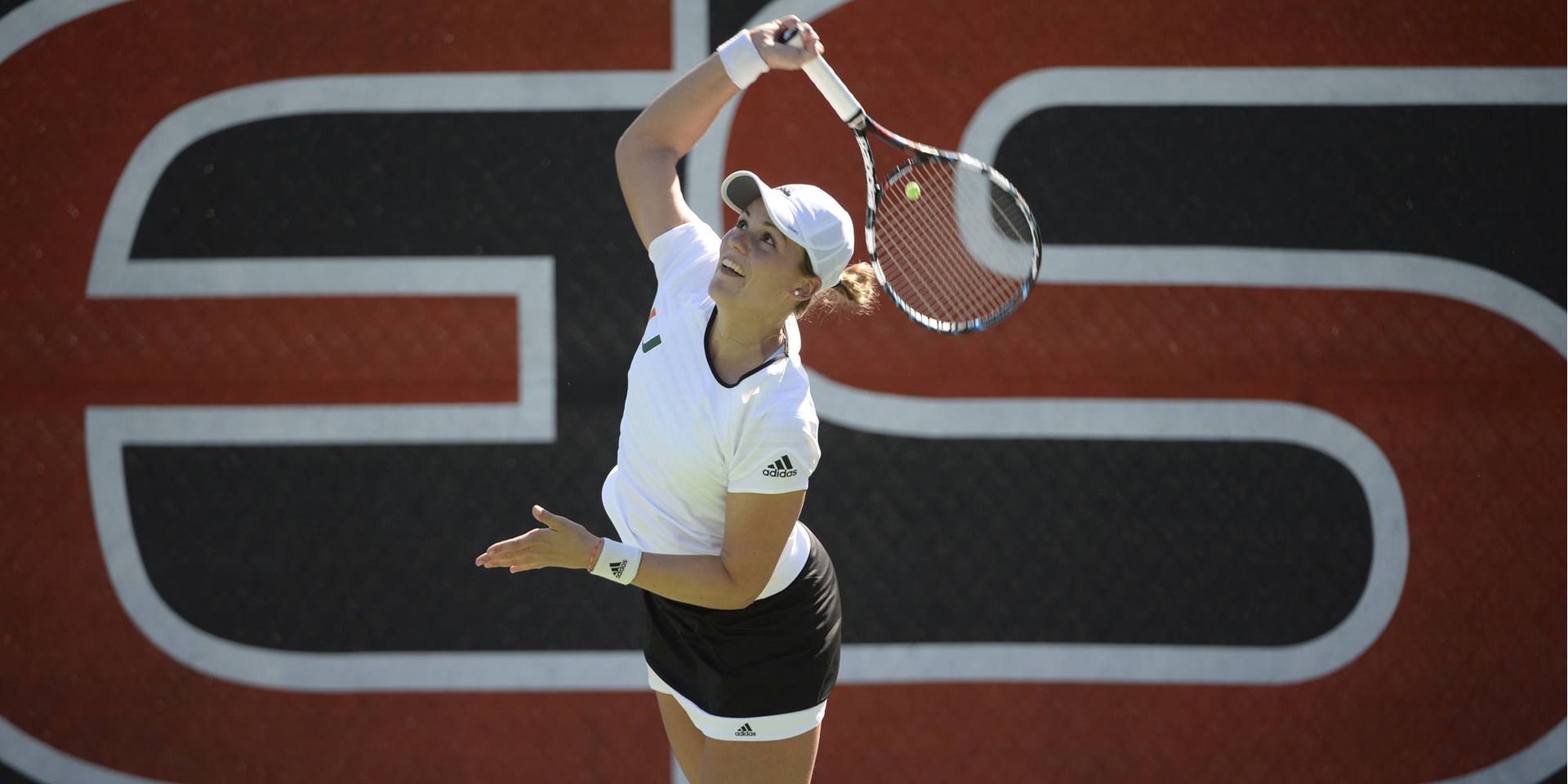 CORAL GABLES, Fla. – Off to a strong start in singles play with a 1-0 lead in hand, the University of Miami women’s tennis team had its match against No. 29 Baylor suspended due to weather Monday.

No. 12 Miami (4-2, 1-0 ACC) was playing its fifth-straight match against a top-30 team and opened with a dominant showing on two doubles courts at the Neil Schiff Tennis Center.

Soon after, sophomore Sinead Lohan and freshman Clara Taneilian clinched the doubles point for Miami with a 6-4 win over Gabriela Ferreira and Rhiann Newborn. Sophomore Silvia Fuentes and senior Clementina Riobueno had their match against Katrina Traxler and Theresa Van Zyl left unfinished at 4-4.

Featuring the lone top-10 singles duo in the country, Miami had both seventh-ranked Lohan and No. 10
Wagner well in front in their first sets when rain began to fall. Lohan had a 5-1 lead on Newborn, while Wagner was up 5-0 on Generette.

No. 69 Zhang’s match against Van Zyl was left unfinished at 2-2, while Tanielian trailed Shankle, 1-4. Freshman Ana Madcur was down 2-3 to Ferreira and Fuentes had a 3-1 edge on Traxler.

Miami returns to the court Feb. 26 when it resumes ACC play at second-ranked North Carolina at 5 p.m. in Chapel Hill, N.C.

To stay updated on the University of Miami women’s tennis team throughout the season, follow @CanesWTennis.