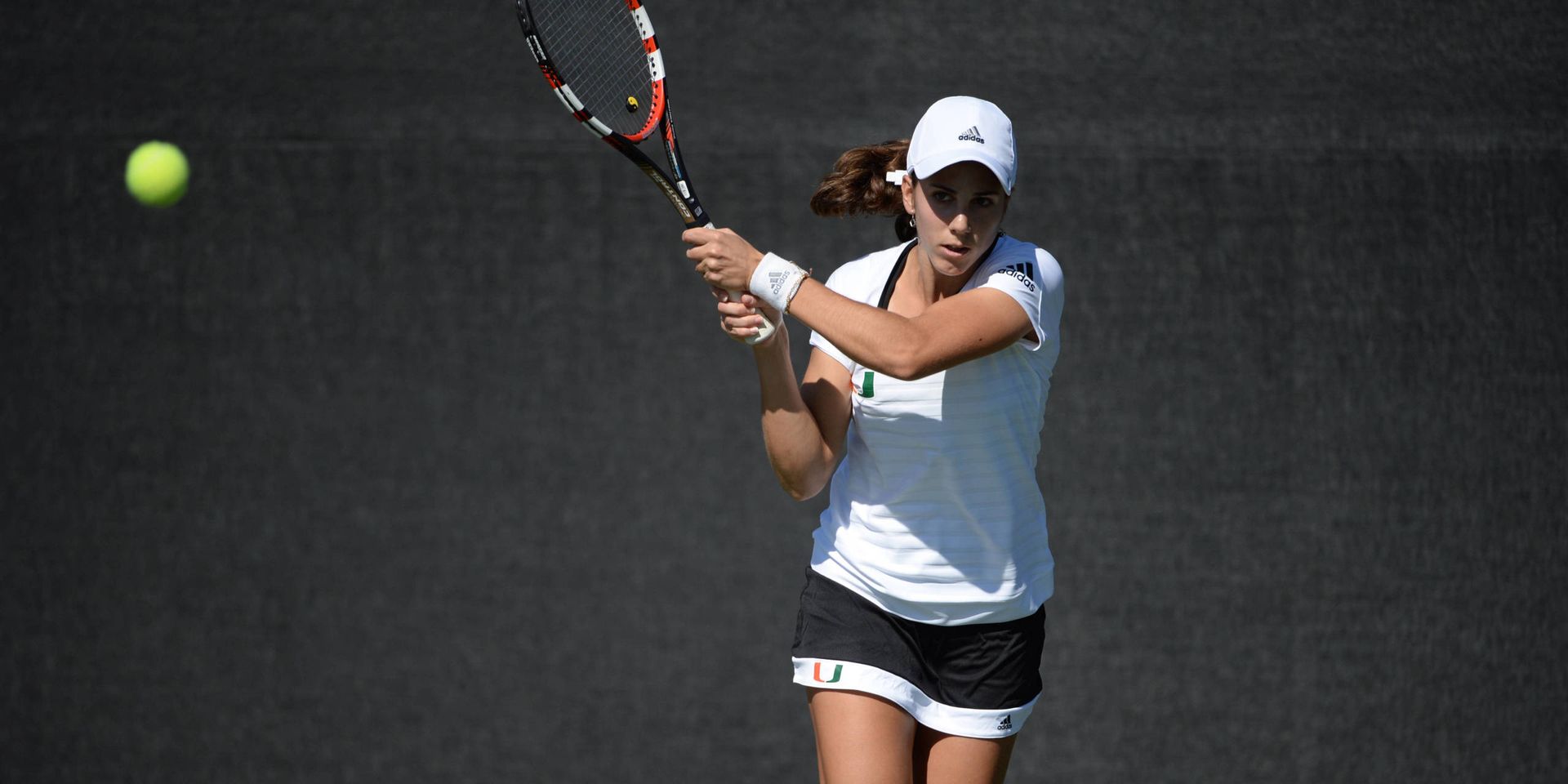 MADISON, Wis. – The University of Miami women’s tennis team dropped its first match of the season Friday afternoon against Michigan, 4-2, in the opening round of the ITA National Team Indoor Championship.

No. 11 Miami (3-1, 1-0 ACC), the seventh seed in the field, came up short in doubles against the 12th-ranked Wolverines in the top-15 showdown and was unable to claw back in singles action at Nielsen Tennis Stadium.

“Michigan earned the W today,” Miami head coach Paige Yaroshuk-Tews said. “They played more aggressively and we weren’t able to find our rhythm. I think we’ll continue to improve every day in the fast conditions here. We need to brush this off, learn and move forward.”

Brienne Minor and Mira Ruder-Hook got the Wolverines off to a strong start in doubles, topping senior Stephanie Wagner and sophomore Wendy Zhang, 6-1. The Hurricanes then pulled even when sophomore Silvia Fuentes and senior Clementina Riobueno completed a dominant 6-0 win against Sara Remynse and Alex Najaran.

It was not long after Miami tied the score in doubles that Michigan clinched the doubles point. Ronit Yurovsky and Kate Fahey downed sophomore Sinead Lohan and freshman Ana Madcur, 6-2, to put Michigan in front, 1-0.

The first sets of singles were split, with each side taking three. Miami then quickly won two second sets, charging ahead for a 2-1 lead in the match. First, Fuentes defeated Telona Velehorschi, 6-2, 6-1, to move to 6-0 this spring. Freshman Clara Tanielian then picked up a 6-4, 6-2 victory against Najarian.

With both remaining matches in a decisive third set, it was No. 17 Yurovsky who clinched the match for Michigan, earning a comeback win over seventh-ranked Lohan, 4-6, 6-4, 6-4.

Miami will be back in action Saturday at 10 a.m. against No. 17 Texas Tech in ITA Indoors back draw play and then will have another match Sunday.

Additional information on the ITA National Team Indoor Championship, including the draw and live scoring, can be found on the ITA tournament page HERE and Wisconsin’s event page HERE.