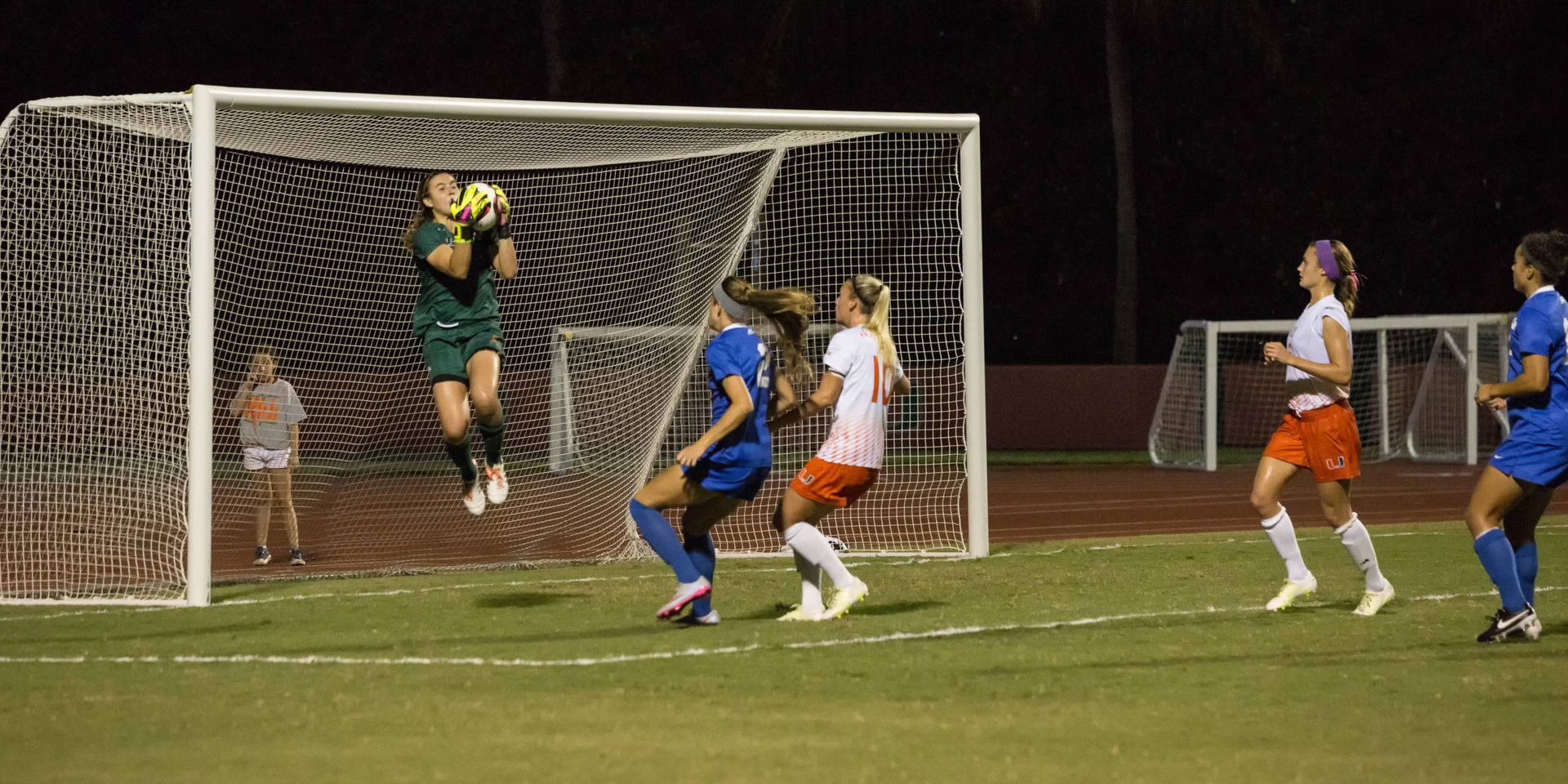 In the 55th minute, Blue Devil forward Kayla McCoy scored what would prove to be the one and only goal, giving Duke the victory.

“This team really fights and works extremely hard. I come out every day and every game knowing that this team is going to work hard,” Miami head coach Mary-Frances Monroe said. “They’ve bought into what we prepared them do for the game defensively, [as well as] on the attack. We’re just missing that final piece. We talk about being plugged in for 90 minutes.”

The first half saw limited action each way, with just a total of three shots on goal, including a pair by the Hurricanes. Both of Miami’s were by senior midfielder/defender Natalie Moik, who made her return to the field after playing just 21 minutes against Clemson and then missing the match against Notre Dame due to injury.

The Blue Devils got on the board early in the second half, snapping a streak of 159-straight minutes without Miami (4-8-0, 1-4-0 ACC) conceding a tally.

After the ball left the box following a Duke (7-4-3, 1-2-2 ACC) corner kick, it was ended up with sophomore Imani Dorsey and she sent in a cross to McCoy. The freshman then beat Hurricane redshirt sophomore goalkeeper Catalina Perez from close range to put the Blue Devils on top on for good.

“We were very frantic on the corner kick,” Monroe said. “We’re getting a lot of goals scored against us on set pieces and not the run of play. We’re doing something right. I definitely give credit to Duke for pressuring in the 18 on that corner and finishing a nice goal, but we have to work on that for sure.”

Perez, who logged a career-high seven saves, kept the Hurricanes in contention with an outstanding stop in the 78th minute in a one-on-one situation in the box with Duke junior midfielder/forward Toni Payne. However, Miami was unable to find the back of the net down the stretch and the Blue Devils held on for the victory.