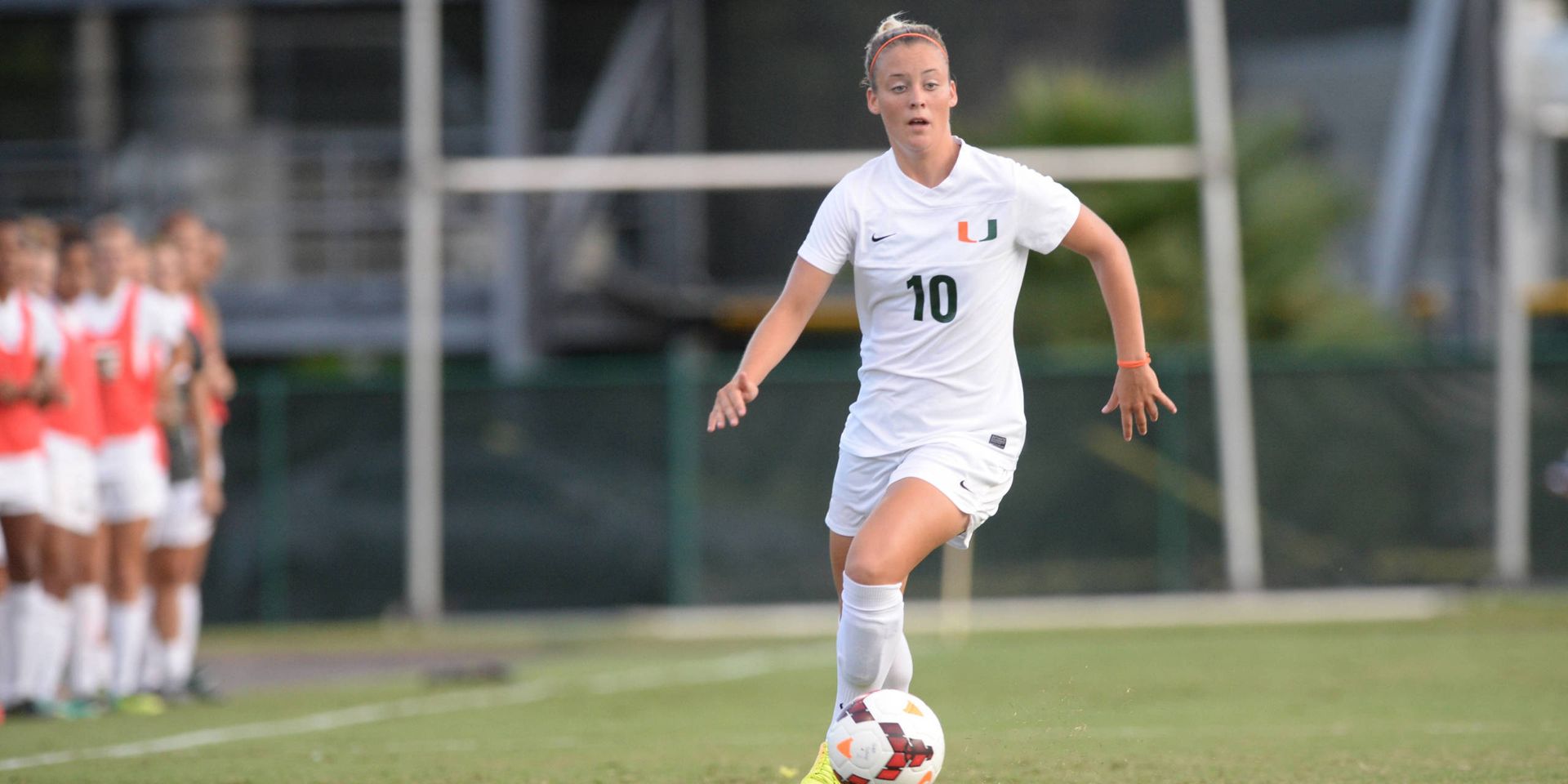 @CanesFutbol Falls 1-0 to Texas in Opener

MT. PLEASANT, S.C. – The University of Miami soccer team began its regular season Sunday afternoon against Texas in the Nike Charleston Classic and dropped a 1-0 heartbreaker.

The Hurricanes had their regular season opener Friday cancelled due to weather, so the match against the Longhorns served as the first match of the 2015 campaign.

“I am really proud of how our team played today,” Miami head coach Mary-Frances Monroe said. “We saw some really great things. It was our first 90-minute game for the season, so it gave us the ability to see where we need to improve, but also where we were successful.”

Redshirt freshman goalkeeper Phallon Tullis-Joyce, making her first appearance as a Hurricane, came up huge in the 39th minute. The Shoreham, N.Y. native made a superb save off a Texas shot following a ricochet off the crossbar, keeping the match scoreless.

That save by Tullis-Joyce was the only one either way in the first half and the match went to the intermission scoreless.

The Miami offense picked up a great deal of steam in the final half hour, beginning with a shot on goal from redshirt junior defender Shannon McCarthy in the 61st minute. However, soon after McCarthy’s shot, the Longhorns, who are receiving votes in the NSCAA Coaches Poll, struck for the lone goal.

Texas senior goalkeeper Abby Smith sent a long punt all the way down the field and it took a big bounce before settling into the back of the Miami net just before the 62-minute mark.

Despite the increased intensity on the attack for the Hurricanes down the stretch, they were unable to come up with the equalizer and fell 1-0.

In addition to Tullis-Joyce, defender Maisie Baker and forward/midfielder Hanna Droh, both freshmen, each made their regular season debuts as Hurricanes Sunday.

Senior midfielder/defender Natalie Moik was one of eight Hurricanes to play all 90 minutes and led the team with two shots. Sophomore forward Grace Rapp was another one of the Hurricanes to play the full match. Both Moik and Rapp were named to the Charleston Nike Classic All-Tournament Team.

“Natalie gave us some great attacking runs and was unlucky not to score a few times,” Monroe said. “She also shut down a top player in the country. We are looking forward to our home opener against the University of Florida.”

Miami will take on the Gators Thursday, Aug. 27 at 7:00 p.m. at Cobb Stadium in Coral Gables, Fla. The action will be broadcast live on ESPN3 HERE.

To keep up with the University of Miami soccer team throughout the 2015 season, follow @CanesFutbol.