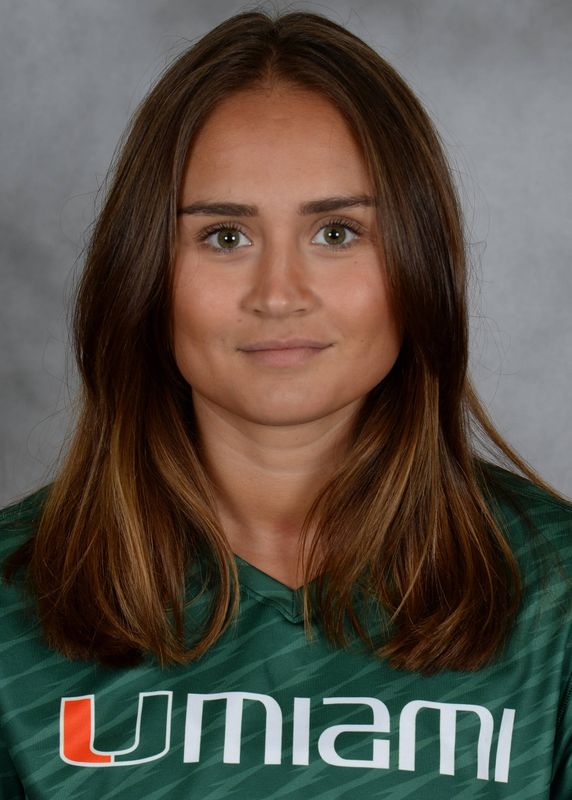 2016 (Sophomore): Played in one match … Helped the Hurricanes earn a shutout victory against Jacksonville (8/28).

2015 (Freshman): Played in six matches … Recorded 112 minutes of playing time … Played over 25 minutes in half her appearances, logging a season-high 31 minutes at Florida Atlantic (9/4) … One of two true freshmen to see action in the season opener against Texas (8/23), playing 26 minutes.

Personal: Full name is Hanna Magdalena Droh … Last name rhymes with “throw” … Born July 29, 1995 … Parents are Bert and Lena Droh … Father is an IT manager and mother works as a Nordic recruiting leader for a major accounting firm … Has an older brother, Jonathan, and a younger brother, Erik … Intends to major in marketing … Favorite athlete is soccer star Zlatan Ibrahimovic because of the caliber of player he is and his attitude, as well as that he is from Sweden …  Best sports memory is winning the U19 Gothia Cup with AIK DAM in 2012 … Always ties her left cleat and puts on her left shin guard before doing her right ones … Chose Miami because of the academics, the soccer program and the weather … Committed to Miami over Coastal Carolina, University of Chicago, UMass and USC.