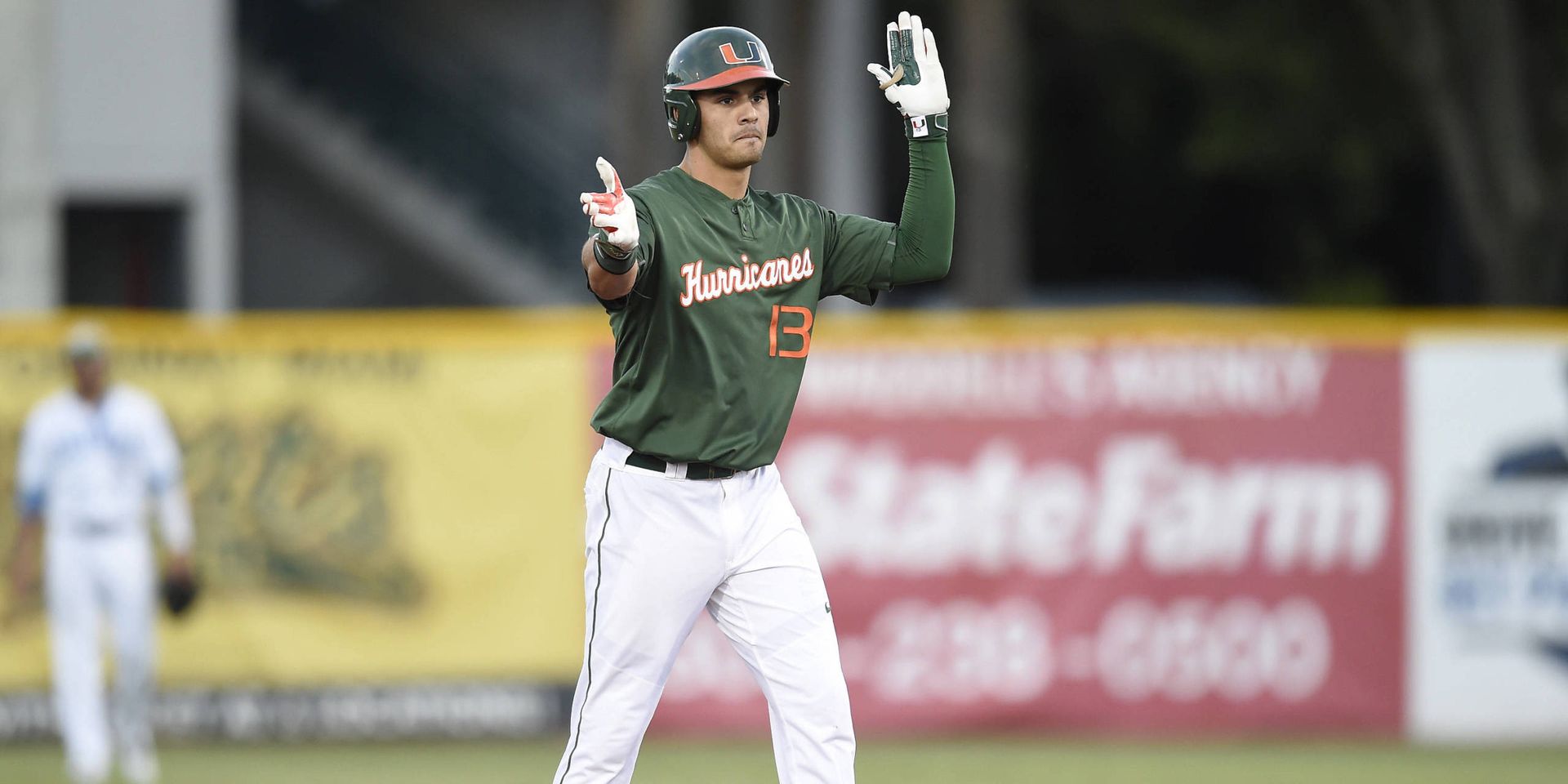 A night after its potent lineup was held to just two hits and no runs, Miami (47-15) scored at least one run in each of the championship game’s first six innings, including an eight-run fourth, to capture the 28th regional title in program history.

The 20 runs were the most in a postseason game since the Hurricanes scored 21 in a College World Series game vs. Tennessee in 2001, and marked the fourth time Miami scored at least 20 runs this season.

“A lot of our players played well, in particular today,” head coach Jim Morris said. “It was a big effort. I want to congratulate Columbia on their season…they played hard. They’re a team that never gave up. I commend them for their effort, for their season, and for what they did at our ballpark.”

Miami came just two runs shy of its Regional run record of 22 set in 1985 vs. Princeton.

The Hurricanes, who earned the No. 5 national seed for the NCAA postseason, will host Dallas Regional champions and No. 4 seed VCU in the Coral Gables Super Regional– a best-of-three series beginning Friday, June 5.

Sophomore Willie Abreu was among Miami’s top offensive contributors, finishing a double shy of the cycle in a 3-for-4, five-RBI performance. Abreu’s towering three-run home run in the sixth earned him a curtain call from the 3,115 in attendance, who serenaded him with chants of “Wil-lie!”

Miami’s offense shined in the first inning, batting around and tagging Columbia Michael Weisman for four runs on four hits.

Junior George Iskenderian opened the scoring with an RBI double cracked down the leftfield line, while senior Garrett Kennedy doubled in Iskenderian and David Thompson (hit-by-pitch) to make it 3-0.

“I wasn’t expecting that, but I felt like it was important to get ahead. There’s a certain amount of pressure after that,” Morris said.

An RBI single from Brandon Lopez capped the first-inning scoring off Weisman (4-2) and gave sophomore Danny Garcia a comfortable advantage before taking the hill.

“Well, it definitely set the tone for the game,” sophomore Zack Collins said. “I mean, after we scored those four runs, we tried to keep battling and we knew that at any point in the game they could score eight or nine.”

And Miami was far from done.

An RBI single from Thompson made it 5-0 in the second, an error on a dropped flyball made it 6-0 in the third, and Miami blew the game open with eight runs in the fourth.

Big hits included a two-RBI triple from Abreu, a two-RBI double from Collins and RBI singles from Lopez and sophomore Jacob Heyward.

“It kind of sounds weird, but we were still saying, ‘Let’s score some more runs,’ in the seventh inning and eighth inning,” Collins said. “Anything can happen in this game.”

By the time a two-RBI single from Christopher Barr squeaked through the rightside with two outs in the fifth inning, every Miami starter had recorded at least one hit. 12 players had at least one hit on the night.

“I was kind of pressing a little bit, but once I got that hit—it actually went off his glove,” Barr said. “If he would have caught it I would have been pretty upset, but he didn’t catch it…it was a big relief.”

Garcia tossed a quality start for the Hurricanes, pitching 6.0 innings, allowing three earned runs and striking out seven batters. He walked none and scattered seven hits.

“Danny pitched a great game, it’s tough to pitch in that type of game because you’re sitting so long between innings with that many runs scored,” Morris said.

Miami added a two-RBI single from Barr in the fifth and a four-run sixth that included a towering three-run home run from Abreu that banged off the light pole behind the right-center fence.

The Hurricanes will face VCU in their Super Regional opener on Friday with a time TBA.

“Their Regional was tough – they had Dallas Baptist, Oregon State and Texas… I mean they obviously showed that they can beat good teams and we got to come out here and play the way we can,” Collins said.

Will Savage (Columbia) – second base