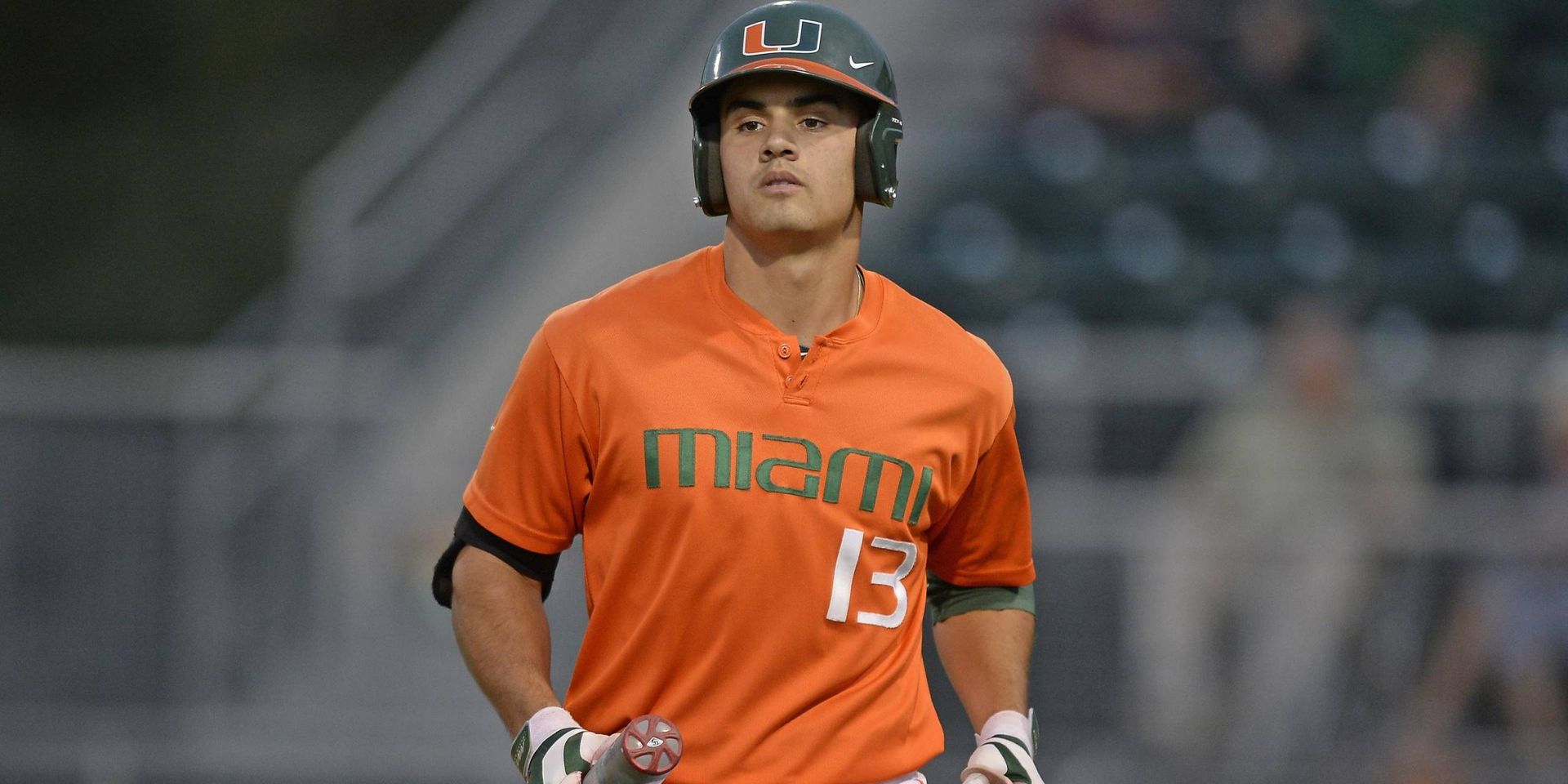 CHARLOTTESVILLE, Va. – Virginia came up with four runs in the bottom of the eighth inning to take a late lead, and held off Miami in the ninth to win game two of a weekend ACC series 5-2 at Davenport Field.

While his teammates struggled to generate much offense off Virginia starter Connor Jones, sophomore Willie Abreu ended his day with a career high-tying four hits, including the go-ahead single in the sixth.

It was not enough, however, as the Cavaliers tagged Miami closer Bryan Garcia for four runs in the eighth on a hit batsman, a two-RBI single from Adam Haseley and an RBI groundout to clinch the series.

Sunday’s finale was moved to 10 a.m. due to incoming inclement weather in the Virginia area.

The redshirt junior tossed 91 pitches in the outing with three walks and five strikeouts.

Virginia (24-14, 9-11 ACC) struck for a run in the third after loading the bases with no outs to open the inning. Suarez did well to limit the damage, inducing a 6-4-3 double play from Haseley and getting a popout from Daniel Pinero to limit the damage to just one run.

The Hurricanes (29-11, 14-6 ACC) stymied by Jones in the early going, tied the game in the fifth on an RBI groundout from freshman Carl Chester.

Abreu (single) and junior Brandon Lopez (reach by error) in scoring position after a sacrifice bunt from Christopher Barr, Chester grounded a pitch from Jones deep enough towards the leftside of the infield to plate Abreu.

Miami took its first lead of the weekend an inning later, and Abreu was once again a key factor. The first two batters of the inning reached for the second consecutive inning, as senior Garrett Kennedy walked and junior George Iskenderian reached via bunt single.

When Zack Collins struck out and David Thompson flied out to center, Miami’s threat looked in doubt. But Abreu cracked a 2-2 pitch from Jones past the diving glove of Pinero into rightfield for an RBI single to put Miami ahead 2-1.

Jones was dominant despite allowing the two runs, striking out a career-high 11 batters in a career long-tying 7.1 innings. Miami tallied just six hits against Jones, three coming off the bat of Abreu.

Suarez walked three batters in front of a packed house of 4,228, but executed pitches down the stretch to keep the Hurricanes . The lefthander exited in the sixth with two Cavaliers on base, but a tremendous diving catch from Chester in leftfield maintained Miami’s lead.

With runners on second and third and sophomore righthander Cooper Hammond pitching, Virginia outfielder Charlie Cody popped up a pitch towards shallow leftfield. The speedy Chester sprinted towards the line and dove fully extended to haul in the final out, saving two runs and keeping the Hurricanes ahead by a run.

Hammond retired the first out of the seventh before giving way to freshman lefthander Michael Mediavilla,

Mediavilla avoided any damage in the seventh despite loading the bases, inducing a groundout from Joe McCarthy to end the inning and maintain Miami’s lead.

The Cavaliers regained the lead in the eighth, when they loaded the bases with no outs. Garcia hit Jack Gerstenmaier with a pitch to tie the game 2-2, and Haseley put the hosts ahead with a two-RBI single up the middle.

Miami wraps up its weekend in Charlottesville, Va., Sunday with game three of its weekend series against Virginia. First pitch for the finale, slated for broadcast on WVUM 90.5 FM, is set for 10 a.m. from Davenport Field.