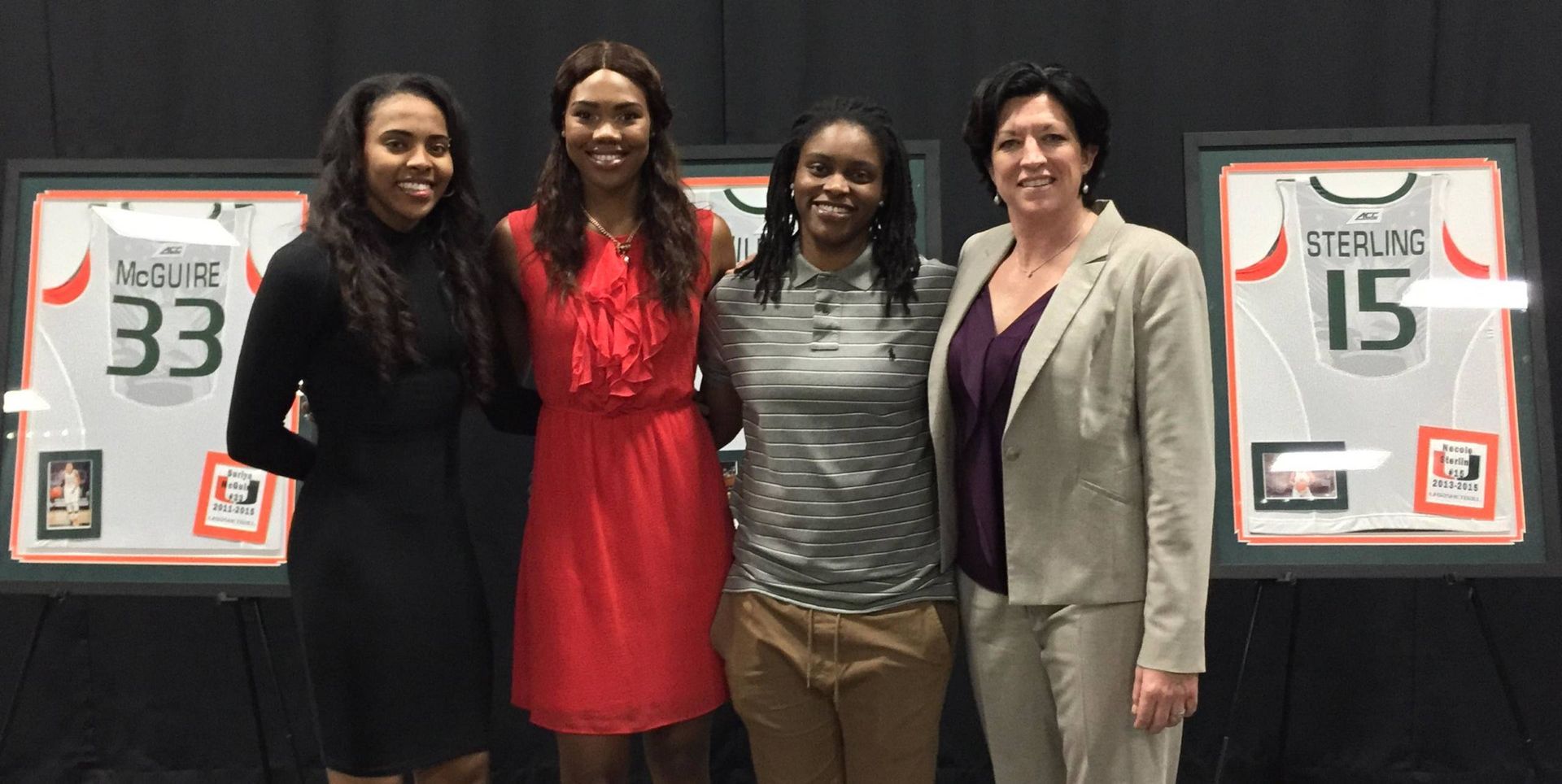 Players, coaches, support staff, and fans took part in honoring the Hurricanes, who went 20-13 (8-8 ACC) and made the second round of the NCAA Tournament. It marked the sixth consecutive season that Katie Meier led Miami to the postseason, with five 20-win seasons and four NCAA Tournament berths during that stretch.

This was the final season for a trio of Hurricanes, as seniors Suriya McGuire, Necole Sterling and Jassany Williams will all be departing from Miami. McGuire finished her career tied for third in school history in games played after missing just one outing, Sterling led the team and ranked 12th in the ACC in three-point percentage this season and Williams completed her time as a Hurricane third on the all-time blocks list.

Seven awards were handed out during the banquet, and Williams was the recipient of three of them. The forward from Davie, Fla. won the Academic Award, the Windex Award (most rebounds) and Most Intense Player. Williams was named to the 2015 All-ACC Academic Team and led the conference with 47 blocks in ACC play.

Sophomore guard Jessica Thomas took home a pair of distinctions, garnering both the Assist Leader honor and the Strongest Player Award. The Gainesville, Fla. native paced Miami with 74 assists in 2014-15 and also finished the season second on the team in scoring at 9.0 points per game.

Guard Michelle Woods was named Most Improved Player. The redshirt junior from Naples, Fla. missed all of last season due to injury and came back to finish second on the team in assists and third in scoring. Woods improved in nearly every category compared to 2012-13, upping her numbers in minutes, field goal percentage, three-point percentage, free throw percentage, rebounds, assists, and points.

The final award handed out was for Most Valuable Player and for the second year in a row it went to guard Adrienne Motley. A sophomore from Newport News, Va., Motley was named First Team All-ACC by both the ACC Coaches and the Blue Ribbon Panel. She was the only player in the conference to rank top 15 in scoring, field goal percentage, three-point percentage, and free throw percentage.