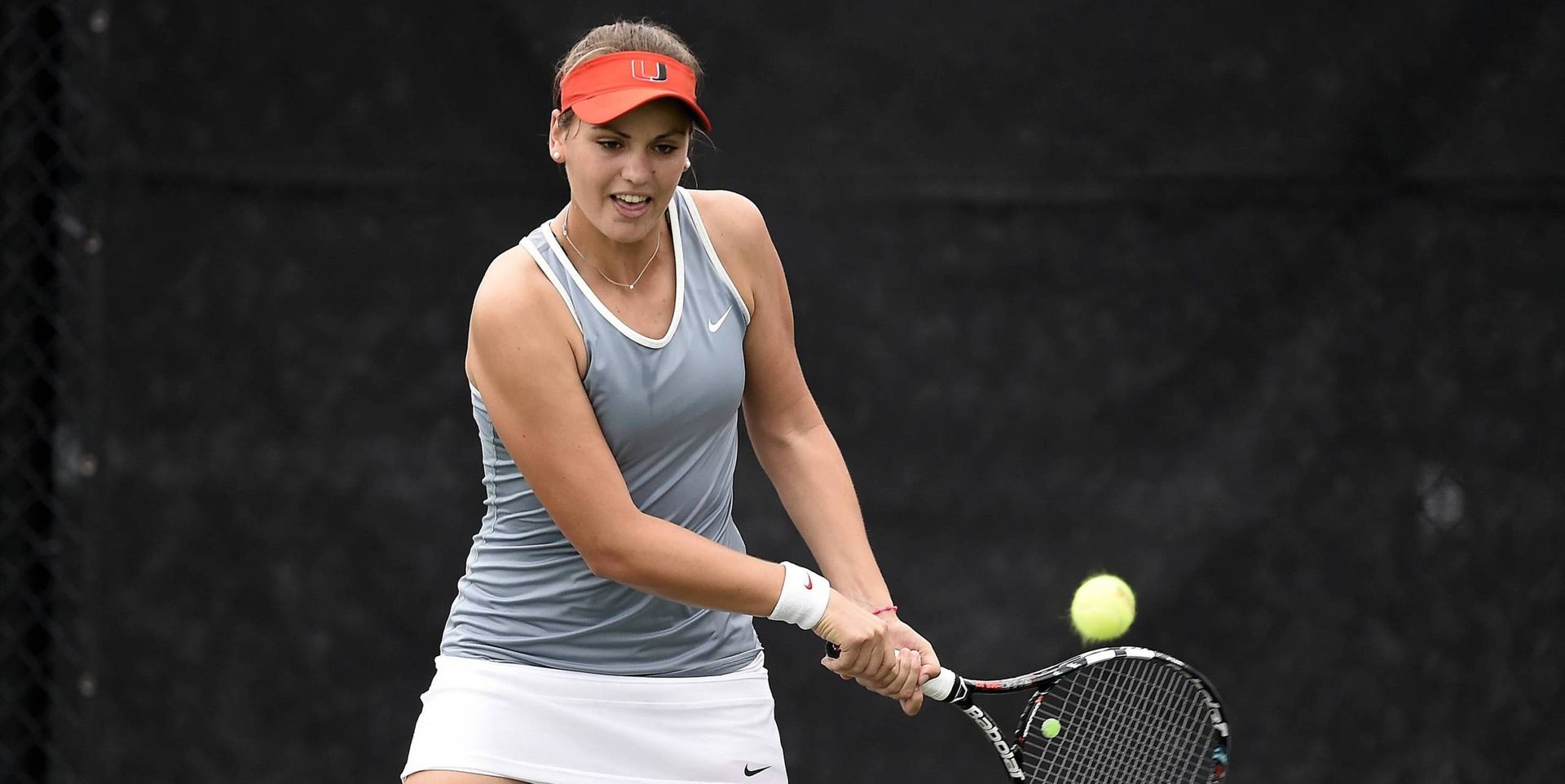 @HurricaneTennis Falls 4-2 at No. 6 Baylor

WACO, Texas – The University of Miami women’s tennis team dropped a match for the first time in over a month Tuesday afternoon, falling 4-2 to sixth-ranked Baylor at the Hurd Tennis Center.

The No. 14 Hurricanes were behind 3-0, but put forth an impressive comeback attempt down the stretch in singles play before ultimately coming up short.

“The tougher the schedule, the tougher it makes us,” Miami head coach Paige Yaroshuk-Tews said of facing such a talented nonconference opponent during the ACC season. “Weak matches don’t help us.”

Baylor (15-3, 2-0 Big 12) got off to a hot start in doubles play, with Kelly Anderson and Leolia JeanJean winning 6-1 over senior Monique Albuquerque and junior Clementina Riobueno, ranked No. 19.

“We played scared doubles at two and three today, which really got us started on the wrong foot,” Yaroshuk-Tews said. “With that being said, we had many opportunities to win the match in singles.”

In singles completion, Baylor again jumped in front. Van Zyl picked up a 6-1, 6-1 win over Albuquerque and then JeanJean took down Miami (9-3, 5-0) freshman Yolimar Ogando to put the Bears ahead 3-0.

Almost immediately after Baylor went ahead by three, the Hurricanes began to chip away at the deficit. Riobueno, ranked No. 63, came away with a straight set victory over Anderson, 6-2, 6-3, to put Miami on the board.

Not long after that, Wagner also earned a point for the Hurricanes and notched her fifth win over a top 100 opponent in the last three weeks. The seventh-ranked player in the country, Wagner knocked off No. 31 Blair Shankle, 6-3, 6-3.

Lohan, ranked No. 37, came quite close to evening the match at three and defeating her highest ranked opponent of the spring season, but was a game short and ran out of time. Lohan won the first set 6-3 and took a 5-3 lead in the second, but Burgic, ranked No. 22, came back to even it at 5-5.

Before the match could be decided, No. 75 Kiah Generette of Baylor defeated No. 108 Lileikite, 6-4, 6-4 to clinch the match for the Bears. Lohan’s match then ended with the freshman just shy of victory.

“I am so proud of our one-two punch with Lohan and Wagner,” Yaroshuk-Tews said. “They worked so hard today. Tough one for them.”

The Hurricanes will return to ACC play Friday when they come back to Coral Gables, Fla. The Hurricanes face NC State at 11:00 a.m. at the Neil Schiff Tennis Center.