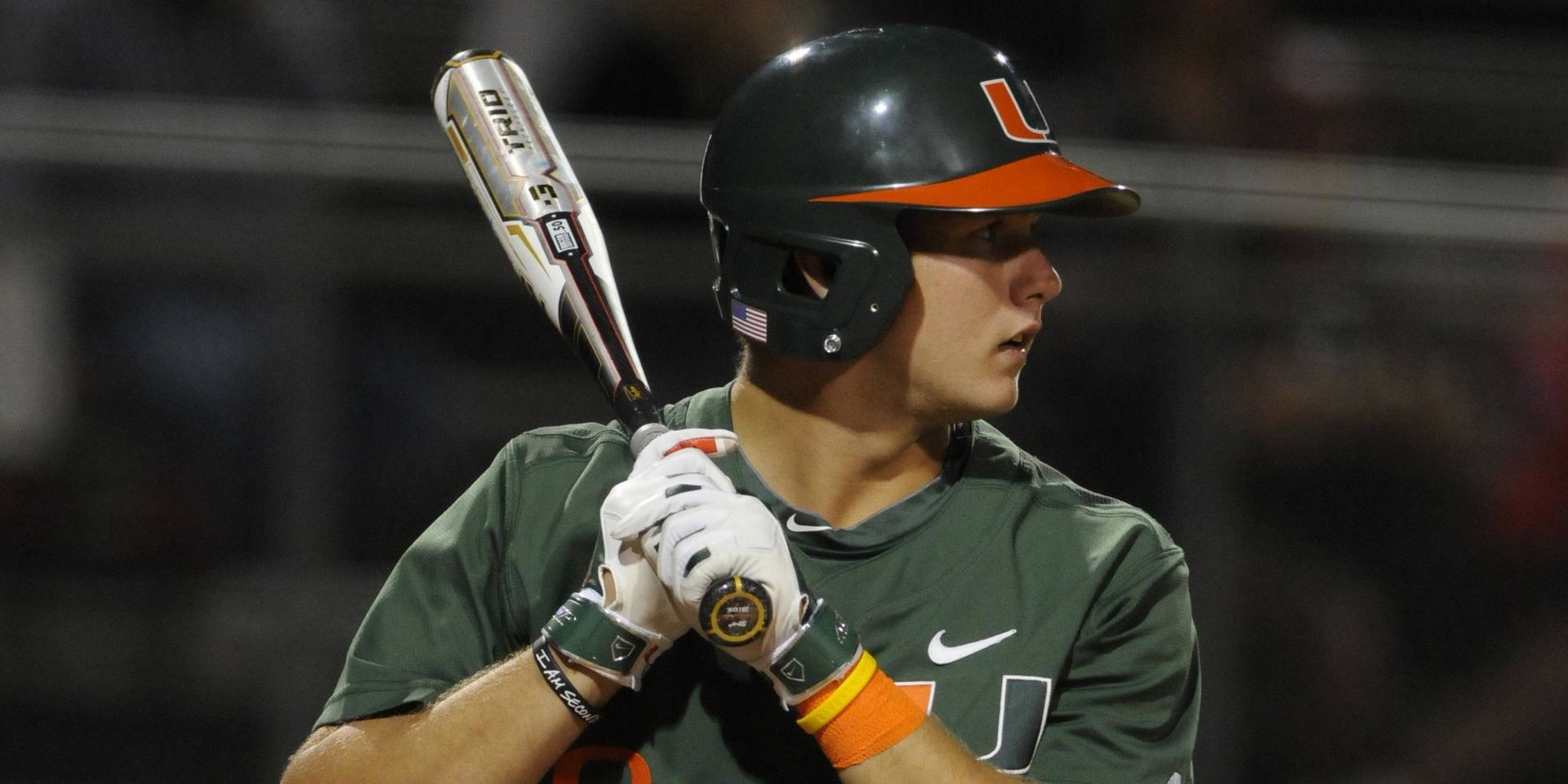 Offense Shines for No. 19 Baseball vs. FGCU

FORT MYERS, Fla. – No. 19 Miami had an explosive debut at Swanson Stadium on the FGCU campus Tuesday, toppling the host Eagles by a final score of 15-4.

The Hurricanes (11-6) scored six runs over the game’s first four innings, connected for five more in the fifth, and clinched their season series against the Eagles with a resounding victory. Eight of nine Miami starters recorded at least one hit in a 17-hit barrage.

Junior David Thompson and sophomore Willie Abreu both homered for Miami in front of 1,243 fans, many of them wearing orange and green in UM’s first ever game at Swanson. Thompson had a dominant night at the plate, setting new career highs with four hits and six RBI. He came just a triple shy of hitting for the cycle in a 4-for-6 performance.

The key to Miami’s night was two-out hitting. 10 of Miami’s hits on the night came with two outs, including a pair in the first inning that led to an early 2-0 lead.

With junior Ricky Eusebio on third base after a triple, junior George Iskenderian cranked a single up the middle off FGCU starter Nick Deckert for the opening run. Thompson followed with an RBI double that landed just inside the rightfield line to give Miami starter Ryan Otero a 2-0 lead from the outset.

Otero allowed three runs in the second inning to give FGCU a 4-2 advantage, but the lead was short-lived.

Thompson’s two-run blast – his second of the season – came off Garrett Anderson (2-1) and tied the game 4-4 in the top half of the third. UM regained the lead with two more runs in the fourth on an Eagles error and an RBI single from Thompson.

Abreu’s monstrous home run, just the second of his career, landed inside the FGCU Softball Complex and forced a momentary pause in the game taking place on the adjacent field.

Senior Daniel Briggi (1-0) was masterful in relief, tossing a career-long four scoreless innings. Briggi struck out six batters – also a new a career high – and needed just 50 pitches to pick up the first win of his career.

The Hurricanes, who bested the Eagles 7-3 last week at Mark Light Field, stretched their all-time head-to-head series lead to 13-1 over FGCU.

Miami returns to Alex Rodriguez Park at Mark Light Field Wednesday for a matchup with visiting Stetson. First pitch for the game, slated for broadcast on WVUM 90.5 FM, is set for 6 p.m.