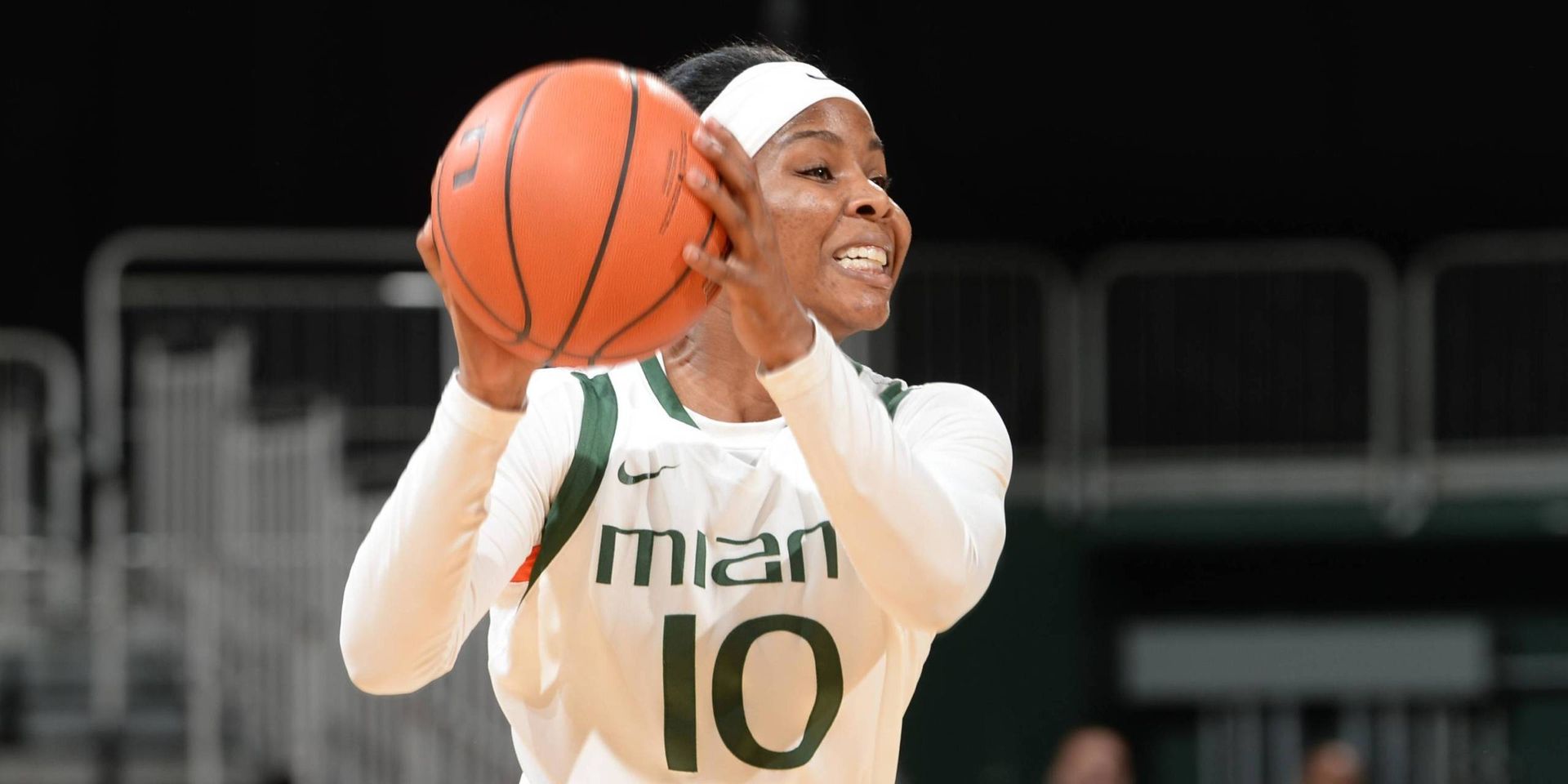 CORAL GABLES, Fla. – The University of Miami came up just short in its upset bid against No. 17/14 North Carolina Sunday at the BankUnited Center, dropping a 66-65 decision.

Redshirt junior Michelle Woods scored a game-high 18 points and Miami hung with the talented Tar Heels until the very end, even leading by one at halftime. There was not quite enough time to complete a late comeback attempt though.

“What a great basketball game, unbelievable. I’d coach it again,” Miami head coach Katie Meier said. “I just think we enjoyed that game, I think Carolina is really good. I think that was a Sweet 16 basketball game that everybody just witnessed. That’s what it’s going to be like the rest of the way. Either team could have won the game, I think that’s really obvious.”

North Carolina jumped out to a 7-0 lead to begin the game, but Miami (18-9, 8-6 ACC) quickly countered with six straight points and the rest of the opening session was a back and forth affair.

Sophomore guards Adrienne Motley and Jessica Thomas combined with Woods for 23 points in the first half, with Motley’s nine leading the way.

A three-pointer by Necole Sterling with 16 seconds left in the half gave Miami a 34-33 advantage entering the locker room.

Miami continued to battle and kept it within a three score game the rest of the way, not letting the Tar Heels run away with it.

Down by seven with under three minutes to play, the Hurricanes began to mount a comeback. A pair of free throws by Michelle Woods with 48.1 seconds left trimmed North Carolina’s lead to two, 64-62.

Freshman forward Erykah Davenport then came up with a huge block at the other end of the court, giving the Hurricanes had a chance to tie or take the lead. However, Miami was unable to score and North Carolina got the ball back with 3.1 seconds left.

“Our last possession, we actually got the look that we wanted, we just didn’t execute the pass and we [could] go for the two or go for the three, we had both options on the play, we feel good about that,” Meier said. “Feel great about our defensive effort down the stretch [as well].”

North Carolina freshman guard Jamie Cherry hit a pair of free throws with 1.7 seconds to play to put the Tar Heels up by four. Thomas hit a half court shot at the buzzer, but it was not enough, as Miami fell 66-65.

In addition to Woods, three other Hurricanes scored in double figures and Thomas nearly picked up the first double-double of her career with 12 points and nine rebounds. Motley scored 13 points and Davenport added 10, while Williams grabbed nine rebounds.

“I think she was a true point guard tonight,” Meier said of Thomas. “She [had an], ‘I’ll do whatever the team needs’ attitude and mentality. Hit a couple shots, but her impact on the game was definitely on the defensive rebounding. She was in there just getting rebounds over monsters, so I was really proud of her effort and Erykah Davenport’s as well.

Sophomore guard Allisha Gray led the Tar Heels with 15 points and sophomore forward Stephanie Mavunga posted 14, but Miami limited them to a combined 11-of-29 (37.9 percent) shooting.

The Hurricanes are back in action Thursday, Feb. 26 at Wake Forest. Miami squares off against the Demon Deacons at 7:00 p.m. at Lawrence Joel Veterans Memorial Colisuem in Winston-Salem, N.C.