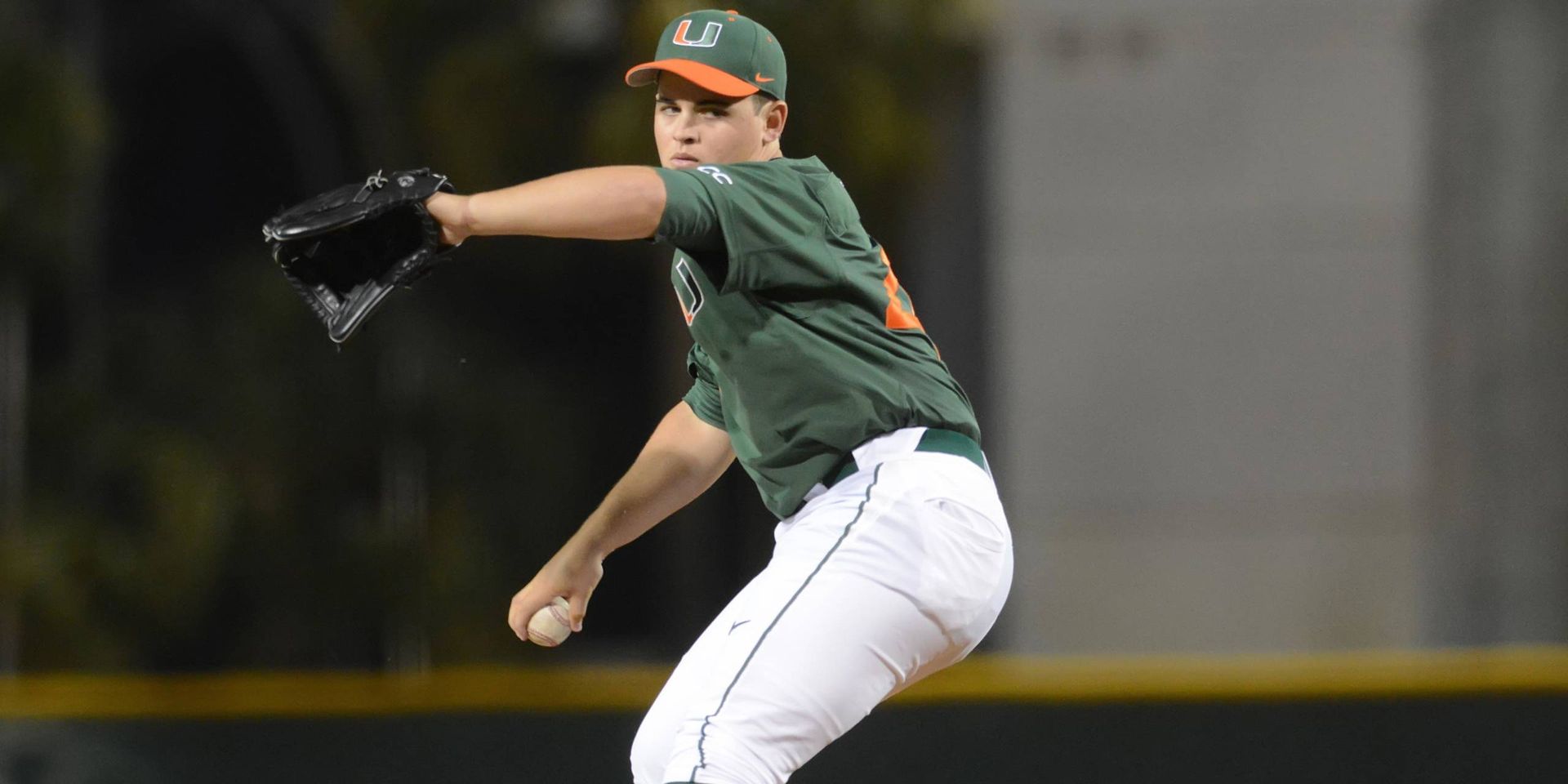 GAINESVILLE, Fla. – Despite another solid pitching performance from junior Enrique Sosa, the eighth-ranked Hurricanes dropped their rubber match with No. 6 Florida 2-1 Sunday at Alfred McKethan Stadium.

Sosa set a career high with 6.0 innings, topping his previous high of 5.2 set in last week’s win against Rutgers. The righthander scattered two hits and allowed just two earned runs, working his way out of multiple jams to keep Miami in the game. Unfortunately for the Hurricanes (5-3), Florida’s arms were up to the challenge. Miami’s first hit of the day came in the seventh when Brandon Lopez lined a two-out single to leftfield.

The Hurricanes were outhit 7-3 on the afternoon in front of 4,734 fans.

Miami jumped out to an early lead for the second consecutive game, tagging righthander Dane Dunning for an unearned run in the second inning. Dunning (2-0), who retired the first five batters of the game consecutively, briefly lost control of the strike zone and walked three straight batters – junior George Iskenderian, senior Garrett Kennedy and Lopez – to load the bases.

With sophomore Johnny Ruiz at bat and two outs, a pitch from Dunning resulted in a passed ball charged to Florida catcher Mike Rivera and scored Iskenderian from third base for a 1-0 lead.

Dunning avoided any further damage by inducing a groundout from Ruiz to end the inning.

Florida (6-1) tagged Sosa (1-1) for a run in the third on an RBI single from Buddy Reed, and took its first lead of the day an inning later on a solo home run from slugger Harrison Bader.

Sosa quickly retired the first two outs of the fifth, but ran into trouble when he allowed back-to-back infield singles and a walk to Reed to load the bases. Facing Gators three-hole hitter Richie Martin, Sosa escaped the jam by inducing a shallow flyout to rightfield for the final out of the fifth.

Dunning did not allow a hit in five innings. The sophomore righthander struck out four batters, walked three and allowed just one unearned run.

Sosa worked magic again in the sixth, escaping a runners-on-the-corners jam with just one out. Facing Florida catcher Mike Rivera and with a full count, Sosa induced a 6-4-3 double play from the freshman to end the inning and maintain the deficit at just one run.

The Hurricanes return to Mark Light Field Wednesday for a matchup with Barry. First pitch for the game, slated for broadcast on WVUM 90.5 FM, is set for 6 p.m.