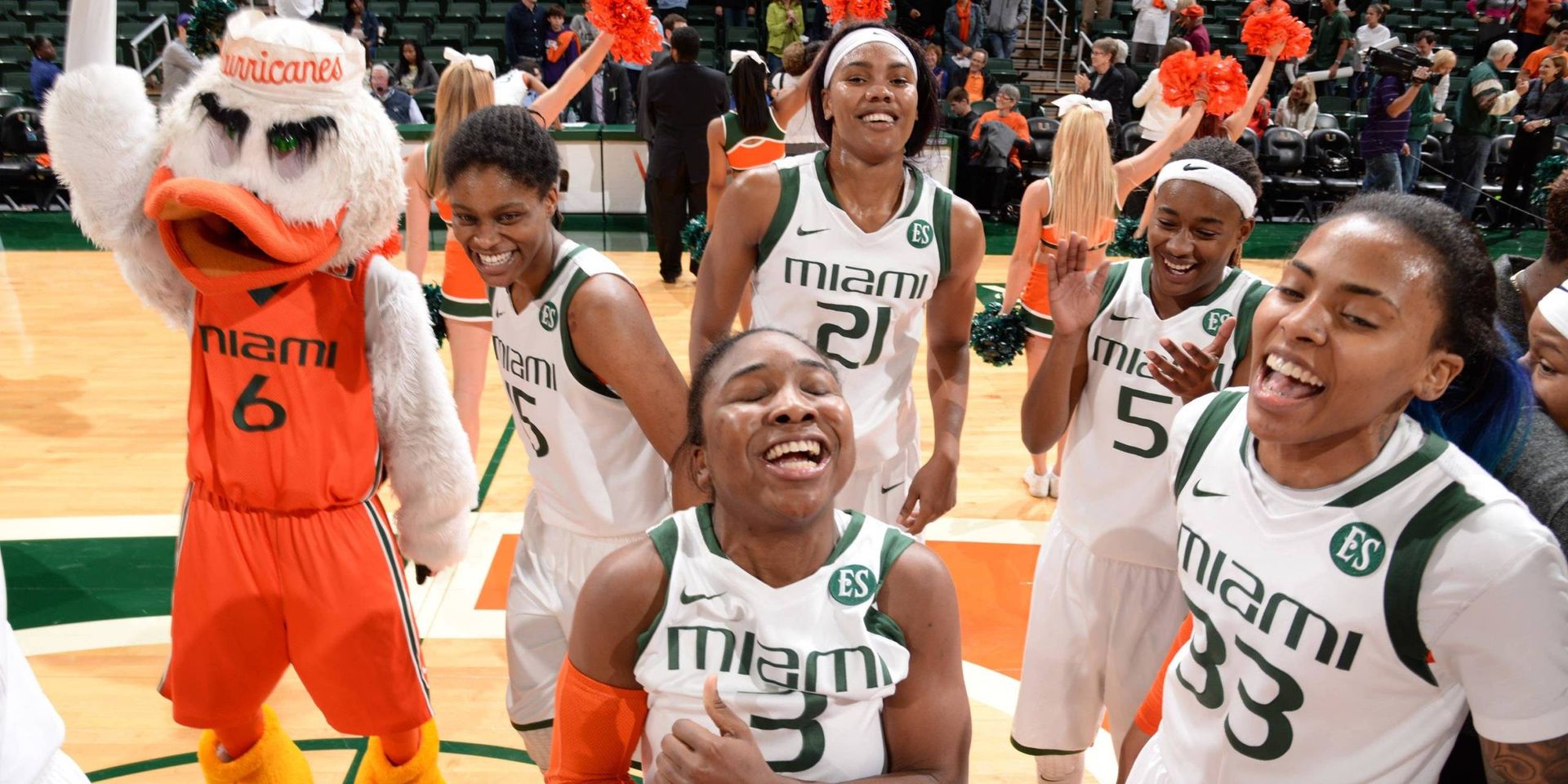 CORAL GABLES, Fla. (AP) – The last thing Miami coach Katie Meier said in the pregame address to her players was that she would not be surprised when they beat Notre Dame.

Adrienne Motley scored a career-high 32 points, Jassany Williams blocked a school-record nine shots and the Hurricanes snapped No. 4 Notre Dame’s record-tying 30-game road winning streak by running out to a big lead and then pulling away again late to upset the Fighting Irish 78-63 on Thursday night.

That the Hurricanes (12-3, 2-0 Atlantic Coast Conference) did, right down to the perfect ending.

Miami led 40-20 at the half, saw the lead whittled to six and then closed the game on a 23-14 spurt. Motley made 13 of 19 shots, Suriya McGuire added 11 points and Williams added six points and eight rebounds to her nine-block night. Plus, Miami’s bench outscored Notre Dame’s 21-7.

“It just so happened I had 32,” Motley said. “But it was everybody tonight.”

Notre Dame was 21-0 in ACC regular-season and tournament games since joining the league, not including an NCAA tournament win over Maryland, plus lost to an unranked opponent for the first time in 62 games going back to Feb. 12, 2012, against West Virginia.

“You never like to lose, but we’re just so darn young sometimes that we needed maybe a kick in the pants to kind of say we need to come out ready,” said Notre Dame coach Muffet McGraw. “I don’t know mentally what they were thinking before the game but we were uncharacteristically bad in the first half. Credit their defense, that really set us back on our heels.”

The Hurricanes went on a 20-4 run to end the half, with Motley and Necole Sterling combining for 16 of those points. Notre Dame shot just 24 percent in the first 20 minutes, its six field goals matching the total Motley had herself by intermission.

Notre Dame, which came in averaging nearly 86 points per game, roared back.

Turner was almost unguardable down low after halftime, and her three-point play with 8:28 left got the Fighting Irish within 55-49. But every time the Hurricanes looked to be on the ropes, they would counter.

Laura Quevedo hit a 3-pointer and punched the air in celebration to push the lead back to nine, and her three-point play about 4 minutes later extended Miami’s edge to 69-55.

Miami: The Hurricanes became the second team to lead Notre Dame by at least 20 points this season, with Connecticut being the other. … Miami wears an “ES” patch on its jerseys to pay tribute to Edna Shalala, who died late last year. Edna Shalala is the mother of University of Miami president Donna Shalala.

The temperature when Notre Dame’s bus arrived at the Bank United Center was 68 degrees –a mere 57 degrees warmer than it was back on their campus at South Bend, Indiana, at the same time.

Notre Dame was recently an Adidas school, before it switched to Under Armour. Thursday’s game was played hours after Miami announced that it will no longer be a Nike school and will be playing in Adidas apparel for 12 years starting in September.

Miami: At Virginia Tech on Sunday.