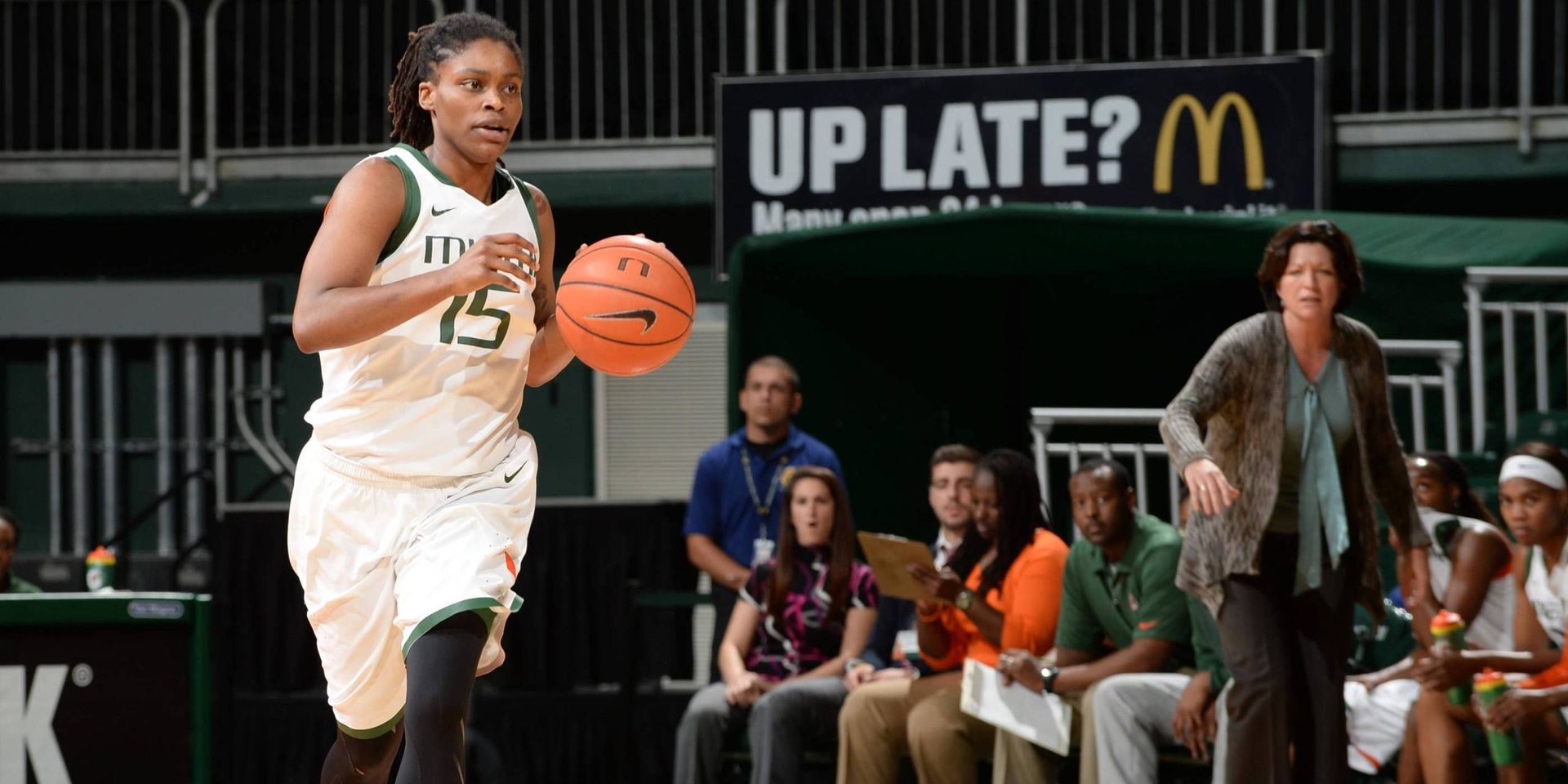 NEW ORLEANS – Playing its second game in as many days, the University of Miami could not muster quite enough to defeat a talented Tulane team playing on its home court Friday night.

The Hurricanes lost 70-65 to the Green Wave in the finale of the Tulane/DoubleTree Classic at Devlin Fieldhouse in a what was very much a back and forth contest.

“I think a lot of people come to Tulane and then they play Tulane and they think, ‘Well, we had an off night’ or ‘We played sloppy’ or ‘We didn’t take care of the ball.’ I unfortunately have experienced enough of Lisa Stockton’s coaching to know that that’s their system,” Miami head coach Katie Meier said, speaking about a coach who she worked with at Tulane for seven years. “You cannot just blame it on your team. You have to give all the credit to Tulane, you have to give credit to their absolute physicality and mental toughness of their kids.”

Tulane (9-1) opened the game with an 8-4 lead, but Miami (8-3) then scored the next nine points and held the Green Wave scoreless for over six minutes.

After falling behind by five, Tulane rattled off 10 straight points of its own and the Green Wave would go on to take a 27-16 lead behind what would become a 19-3 run.

Despite falling behind by double figures, the Hurricanes would not cave. Miami scored the next nine points and closed the half on a 12-2 run, including a pair of three-pointers by sophomore guard Adrienne Motley. The Hurricanes trailed 29-28 at the break.

Once again, Miami found a way to answer the Green Wave and mounted quick run of its own to get right back in the game. The Hurricanes scored 10 consecutive points in a span of just over two minutes, capped by a pair of three-pointers by senior forward Necole Sterling.

“We’re always going to play hard,” Meier said of the way her team battled back. “Ray [McGuire] was really hurting, Motley was a little bit dizzy and I told her, ‘Don’t lie, if you can’t come back in, don’t come back in.’ But she did [come back]. It was a physical game.”

Tulane then built its lead back up and had a 60-51 advantage with 2:23 to go, but even then the Hurricanes would not concede. Miami went on an 11-4 run, including a pair of three-pointers by Sterling and another shot from long range by Motley that made it 65-62 with 36.9 seconds left. Miami could not quite break even though, and Tulane finished it out for a 70-65 win.

Necole Sterling was huge for Miami, despite the final outcome. She had a career-high 20 points to lead all scorers and made a career-high four three-pointers on just five attempts. Sterling also set season highs with six rebounds and 27 minutes played.

Adrienne Motley had 17 points and redshirt senior forward Jassany Williams nearly posted a double-double, with 12 points and nine rebounds. Motley was named MVP of the Tulane/DoubleTree Classic and Williams was selected to the all-tournament team.

Freshman guard Kolby Morgan led Tulane with 18 points and made all eight of her free throw attempts. She was the lone member of the Green Wave to reach double digits. Senior forward Tiffany Dale had nine points.

“This particular team, we’re disappointed, but we came into a very hostile environment, beat a terrific UCLA team [Thursday night] and then went toe to toe with a team that’s won a ton of games in this arena,” Meier said.

Miami will have eight days off before its next game, which is Sunday, Dec. 28 at 1:00 p.m. against Florida A&M at the BankUnited Center. The game will be the opener of the Miami Holiday Tournament and the Hurricanes will then play either LSU or UNC-Greensboro the following day.