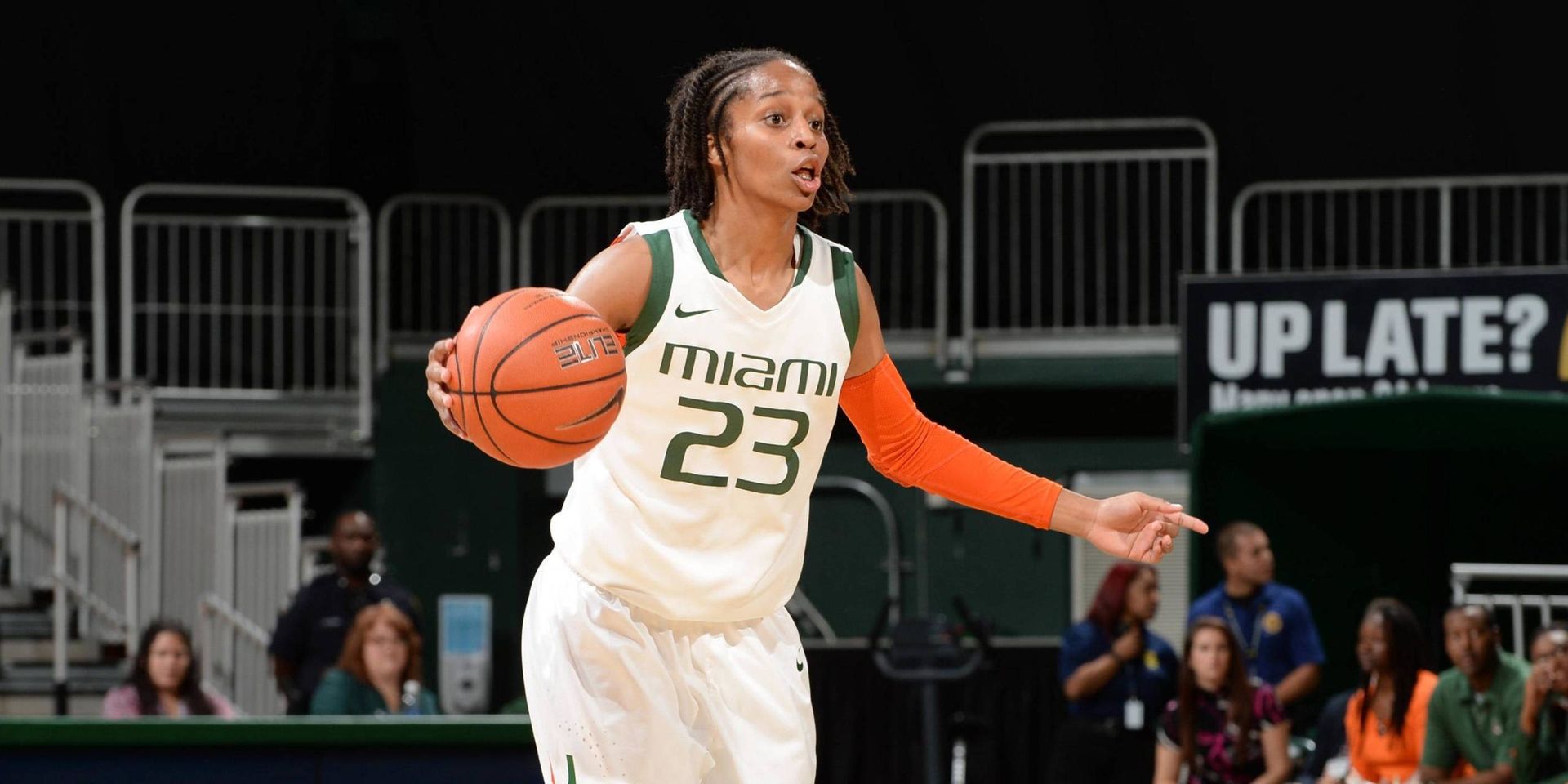 CORAL GABLES, Fla. – Sophomore guard Adrienne Motley scored a game-high 21 points, but it was not enough as the University of Miami dropped a 65-61 decision to Arizona State Tuesday night at the BankUnited Center.

With the loss, the Hurricanes fell to 2-2 on the year, while the Sun Devils improved to 3-0. Both of Miami’s losses this season have come by five points or fewer.

Motley, a native of Newport News, Va., finished the game by connecting on 9-of-16 from the field as she posted her second straight game with 20-plus points. Redshirt junior guard Michelle Woods also chipped in with nine points off the bench.

“Right now it means everything,” UM head coach Katie Meier said of Motley’s offensive consistency this season. “. . . Mot’s carrying a heavy load, a really heavy load and she’s hitting very difficult shots. One of the lowest percenatge shots in basketball is a pull-up and the kid is hitting her pull-ups at like 65 percent right now.”

“She’s very, very smart,” Meier said of Quevedo, who scored 15 points in the previous game. “She’s just very smart and [she is] a piece that I can move around and she’s fine with it, she doesn’t get rattled and she executes plays very, very well.”

As a team, Miami outshot the Sun Devils 46-42 percent from the field and held a 35-31 advantage on the glass. The Hurricanes also outscored Arizona State 32-20 in points in the paint.

The Sun Devils fought right back to take 19-17 lead with 5:37 remaining in the first half, but the Hurricanes then made yet another run for a 24-23 lead heading into the locker room.

Both teams struggled from the field in the opening 20 minutes, shooting under 35 percent from the field. However, in the second half, both the Hurricanes and the Sun Devils shot better than a 50 percent clip in the final 20 minutes.

Coming out of the locker room, Arizona State opened up a six point lead, 36-30, with 14:04 to go, outscoring the Hurricanes 13-6 during that stretch.

Miami yet again countered and took an eight-point lead with 8:15 to go in the game, as it outscored Arizona State 18-4 to grab that advantage.

With less than six minutes to go, Miami’s lead was cut to lead one at 50-49, but a layup by Woods gave the Hurricanes a three-point lead with 5:54 to go in the game.

In the final four minutes, the Sun Devils outscored the Hurricanes by a 10-6 count to secure the win. The Canes trailed by one, 60-59, with under a minute to go, but Motley’s shot just missed and then ASU hit 3-of-4 free throws down the stretch.

Redshirt junior guard Katie Hempen led the Sun Devils with 17 points on 6-of-13 shooting from the field.

“We’re tough,” Meier said of her biggest takeaway from the game. “Arizona State is tough, but we’re tough too.”

Miami returns to action on Friday against Illinois State (0-4) as part of the Miami Thanksgiving Tournament. Tipoff against the Redbirds is set for 1 p.m. at the BankUnited Center.