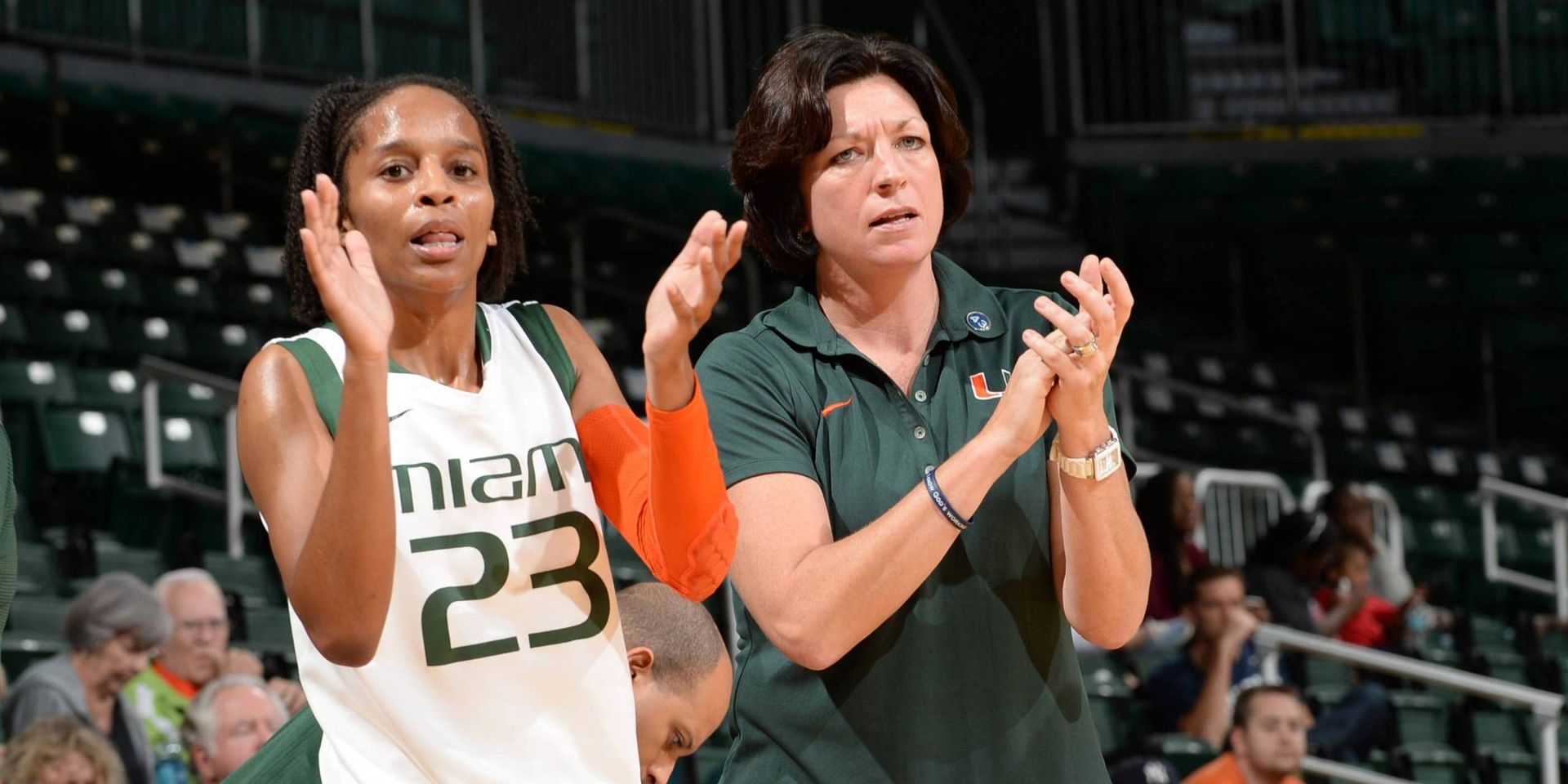 The Game
The Hurricanes will welcome the Ospreys of North Florida to the BankUnited Center in Coral Gables, Fla. for the start of a seven-game homestand Friday, Nov. 21 at 8:00 p.m.

The Series
Miami and North Florida have played three prior times, with the Hurricanes winning each time. The most recent meeting came last season on Nov. 18, 2013 at the BUC, when Miami won 79-39 in the first game of the season.

The Broadcasts
WVUM 90.5 FM will have the call for the game and it will also be streamed online at WVUM.org. Live video will be available through Canes All Access.

The Coach
Katie Meier is entering her tenth year at the helm in Coral Gables, and is looking to build upon the team’s many recent successes. The Hurricanes have made five consecutive postseason appearances, three in the NCAA Tournament and two in the WNIT, and have also had over 20 wins in four of the past five seasons. Meier holds a career record of 240-167, including a record of 164-122 at Miami.

Last Time Out
Miami played its first road contest of the season on Nov. 17 and fell in heartbreaking fashion at Middle Tennessee. The Hurricanes trailed by 15 at halftime and stormed all the way back to tie the game twice in the second session, including in the final minute. The Blue Raiders scored the game’s final five points though, winning 53-48. Sophomore guard Jessica Thomas led the Hurricanes with a career-high 17 points, while Michelle Woods had 11 and Nigia Greene had a career-high 10.

Up Next
The Hurricanes will face the Arizona State Sun Devils Tuesday, Nov. 25 at 7:00 p.m. at the BankUnited Center in Coral Gables, Fla.

Promotions
Attend and Win: General fan raffle for two club level tickets to the football game against Pittsburgh on Saturday, Nov. 29. There will be raffle tickets at the Hurricane 100 Room entrance and right inside the main entrance. The raffle winner announcement will take place at halftime.

H100 Room Happy Hour (EXCLUSIVE TO SEASON TICKET HOLDERS) – Season ticket holders will have access to the Hurricane 100 Room beginning at 90 minutes prior to select non-conference games and all ACC-games. This game against North Florida will be the first Happy Hour of the season, featuring H100 Room credential pick-up, a cash bar and a chalk talk from a member of the Hurricanes coaching staff.