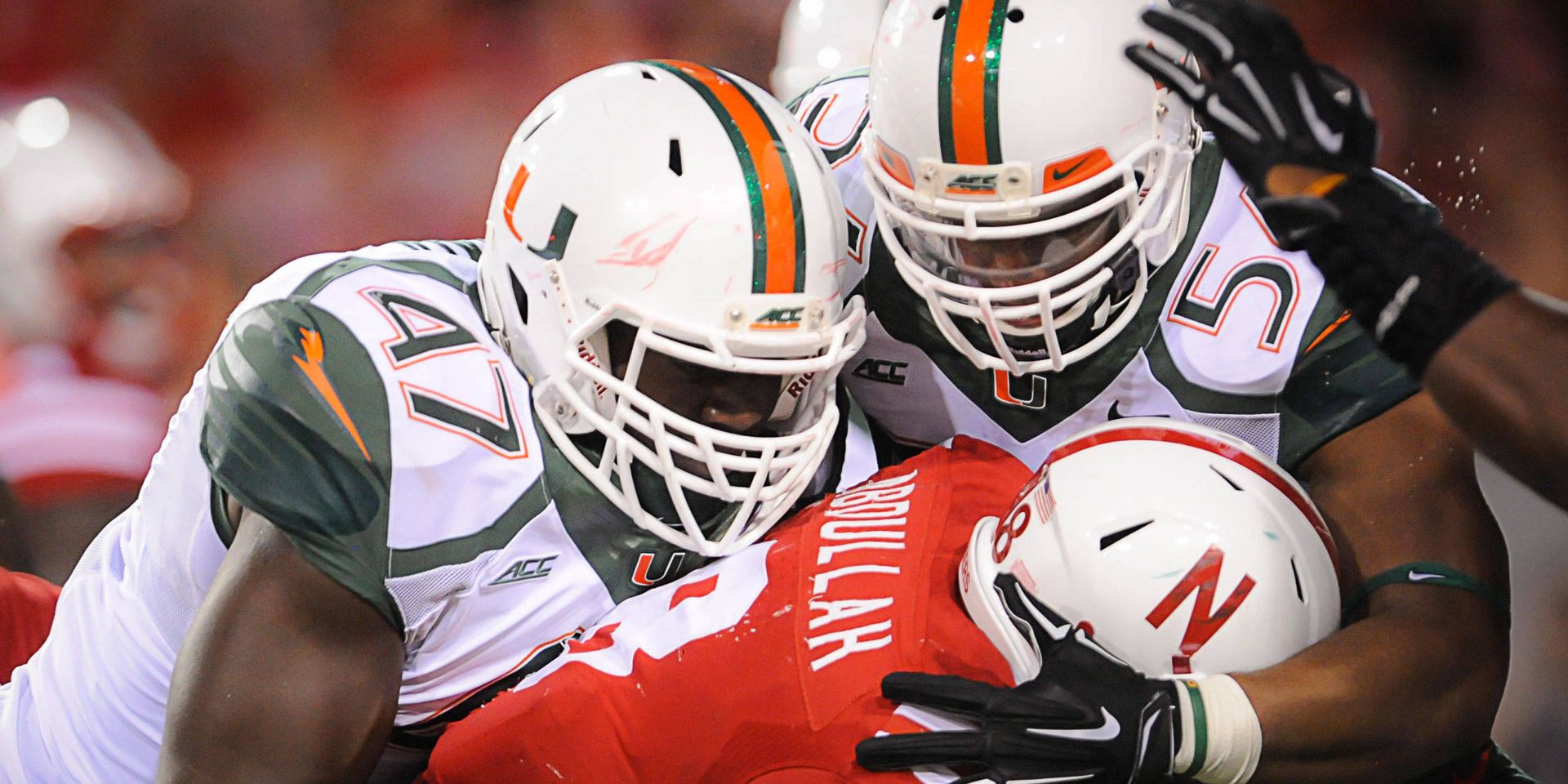 The Cornhuskers (4-0) will start Big Ten play next week off a performance that drew a Memorial Stadium record crowd of 91,585 that came to see a meeting of programs that combined for eight national titles from 1983 to 2001.

Tommy Armstrong Jr. passed for 113 yards and two touchdowns and ran 13 times for 96 for Nebraska.

After Armstrong was intercepted in the third quarter, giving Miami a chance to tie or take the lead, cornerback Josh Mitchell ran back Johnson’s fumble 57 yards for a touchdown to put Nebraska up 31-21.

The Hurricanes came in allowing 2 yards per rushing attempt, but they hadn’t faced a back nearly the caliber of Abdullah. He worked in harmony with Armstrong on tough-to-stop zone-read runs and even took snaps out of the wildcat formation a couple times while strengthening his Heisman Trophy candidacy.

Abdullah ran 35 times and also broke 1972 Heisman Trophy winner Johnny Rodgers’ school record for all-purpose yardage. His 313 all-purpose yards were the second-most in a game for Nebraska, and it raised his career total to 5,762. Rodgers had 5,586.

Miami and Nebraska played for the first time since the Hurricanes’ clinched their fifth, and most recent, national title in the 2002 Rose Bowl.