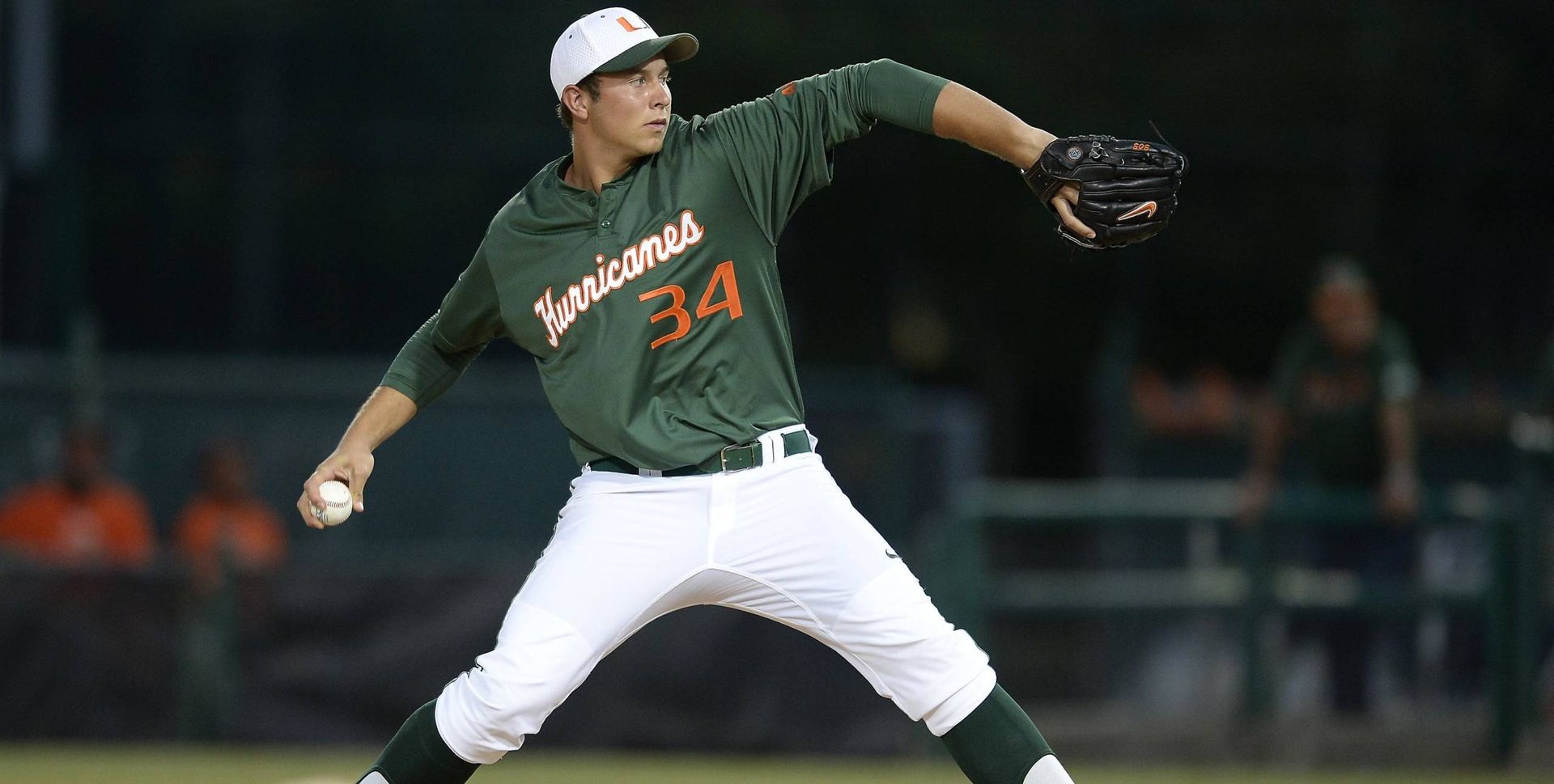 CORAL GABLES, Fla. — No. 4 Miami fell behind in the early innings and couldn’t recover Saturday night, dropping game two of its doubleheader by a final score of 11-2.

The Tar Heels (32-22, 15-14 ACC) tagged Miami lefthander Andrew Suarez for a career high-tying seven runs, chasing the southpaw after just 2.0 innings of work. North Carolina led 4-1 after the first inning, and tacked on three runs in both the second and third innings to jump out to a commanding early advantage.

Trailing 4-0, Miami struck for a run in the bottom of the first off UNC starter Benton Moss (4-2) on an RBI groundout from freshman sluger Zack Collins. Senior Dale Carey extended his hitting streak to seven games with a leadoff double, and took third on the wild pitch to set up the scoring chance.

Collins came through for Miami, driving a pitch towards Tar Heels third baseman Landon Lassiter and plating Carey to cut the early deficit to 4-1. The RBI was the team-high 46th of the season for Collins.

But RBI singles from Lassiter and Wood Myers bumped Carolina’s lead to 6-1 in the second, and a sacrifice fly from Alex Raburn put the visitors ahead 7-1 and signaled the end of Suarez’ night.

Sophomore Enrique Sosa (1.2 innings, two strikeouts) and freshman Derik Beauprez (3.1 innings, career-high six strikeouts) pitched well in relief, but Miami’s offense could not muster a comeback after a thrilling come-from-behind win in game one. The Hurricanes were stymied by a standout performance from Moss, who struck out nine batters over 7.0 innings

Miami tagged UNC reliever A.J. Bogucki for a run in the eighth, as the career-first RBI double from Laz Rivera scored Brad Zunica all the way from first to make it 11-2.

Johnny Ruiz finished the night 2-for-4, but Miami was out-hit by Carolina 14-6 on the night.

The Hurricanes will wrap up their regular season schedule Saturday with game three against the visiting Tar Heels. First pitch for the finale – set for broadcast on ESPNU – is set for noon.