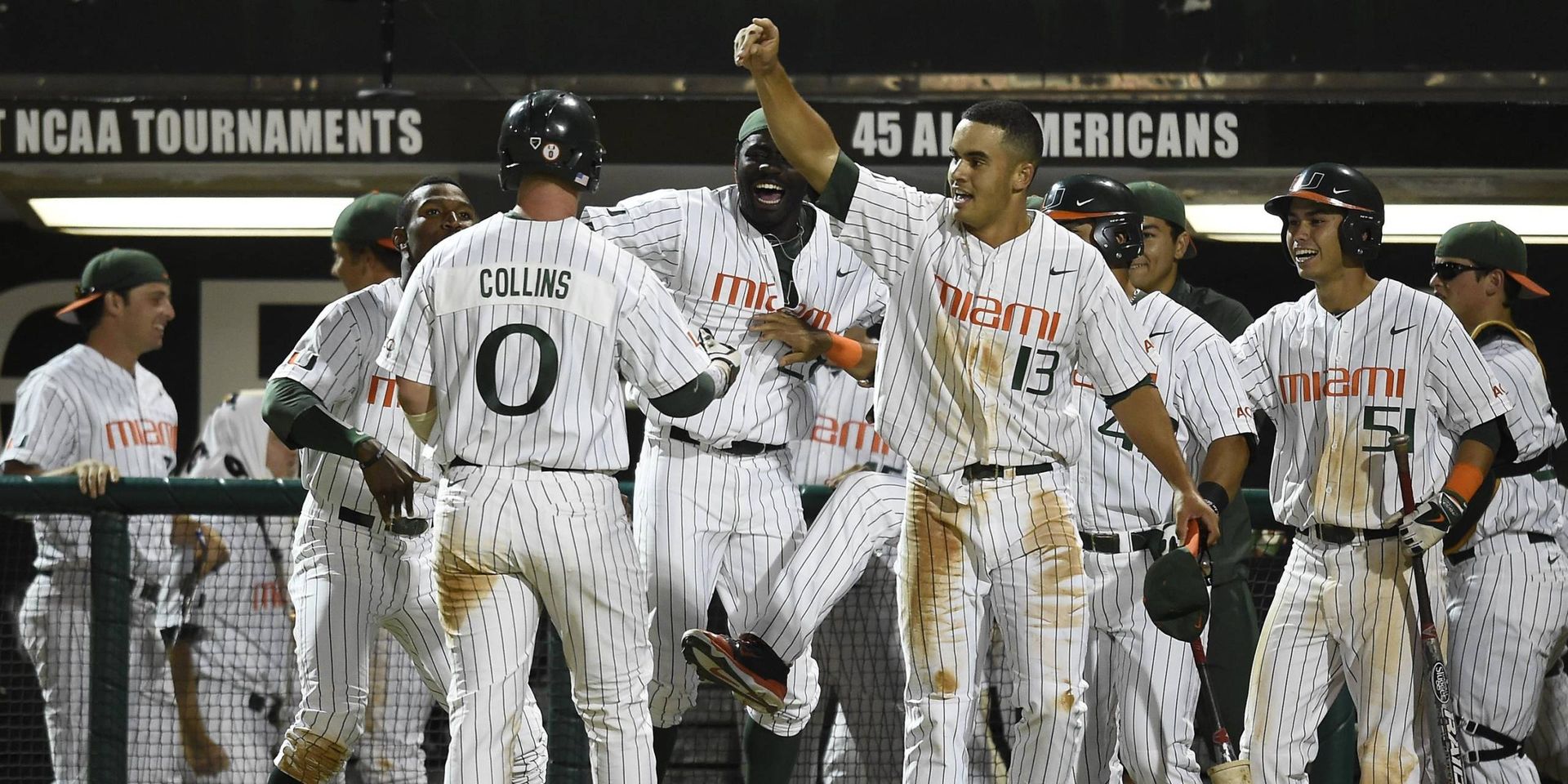 CORAL GABLES, Fla. — The Miami Hurricanes baseball team cracked the top 10 in a number of national polls released Monday, including those from Baseball America and Collegiate Baseball Newspaper.

The Hurricanes’ biggest jump was in Collegiate Baseball‘s weekly rankings, where Miami moved from No. 11 all the way up to No. 4. Monday marked the first time Miami has been ranked in the top five by a national poll since March 16, 2009, when it checked in at No. 4 in the NCBWA Division I rankings.