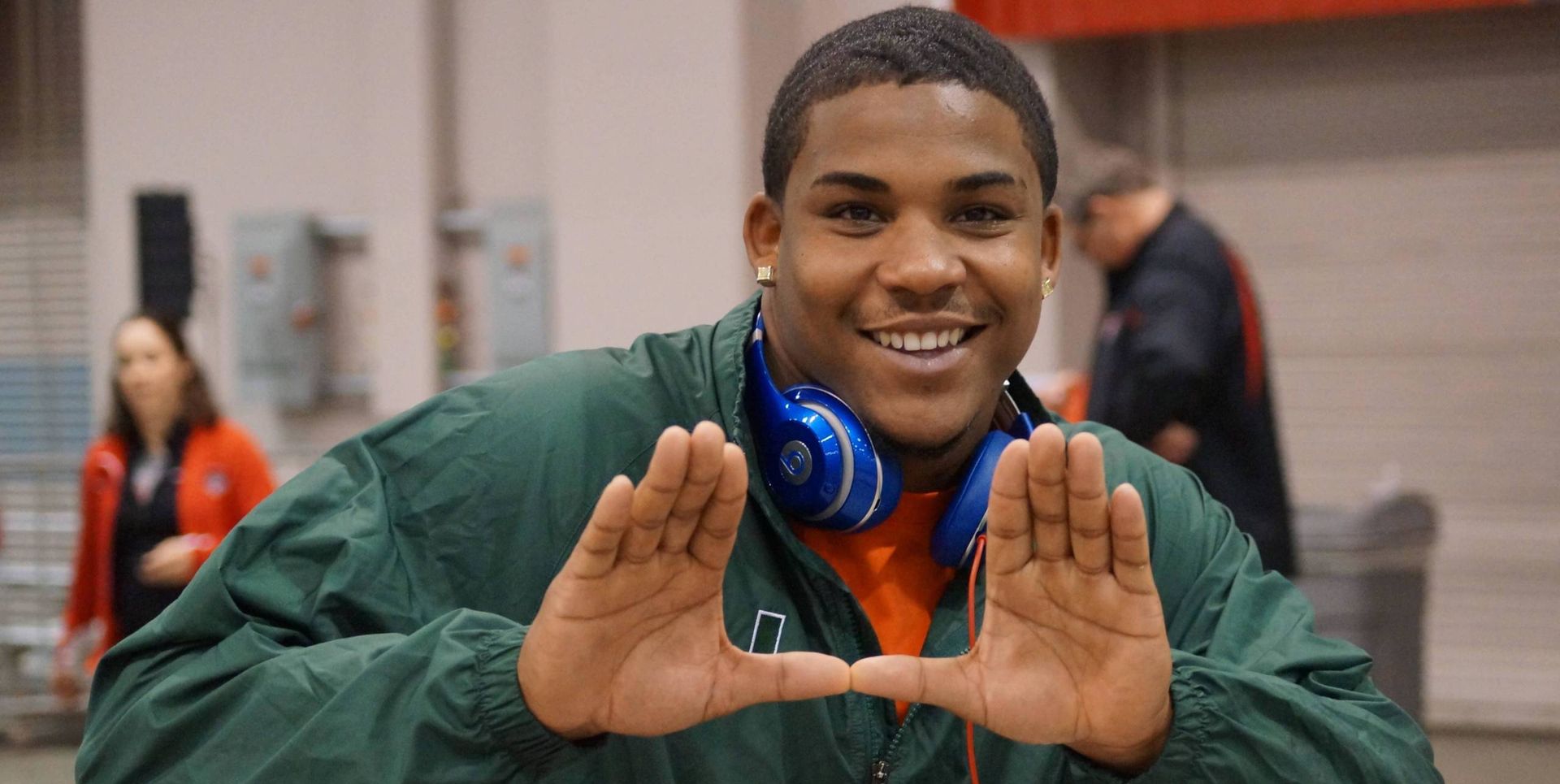 GAINESVILLE, Fla. – The University of Miami track and field program had a record-setting day at the 2014 Florida Relays.

Mangum wasted no time making an impact for the Hurricanes. The freshman was the first Miami student-athlete to compete at Florida Relays and he set a new school record in the men’s hammer throw. Mangum, who placed ninth, Shattered Isaiah Simmons’ record mark of 51.56m from the Hurricane Invitational on March 21 with a huge throw of 57.78m.

Newman, who finished second in the women’s pole vault, improved her school record mark to 4.25m. Last week, the sophomore battled difficult winds and came from a short approach, but cleared 4.00m to pass Lauren Koutrelakos’ record mark of 3.25m (4/13/2002).

A trio of other Miami women had notable performances in Gainesville Friday.

Shakima Wimbley placed third overall in the women’s 400m with a personal-best time of 52.58 seconds that ranks fourth all-time in Miami history.

On the men’s side, Gian Ragonesi joined Mangum with a big mark. The freshman placed fourth in the men’s discus with a personal-best mark of 51.37m that ranks third in school history.