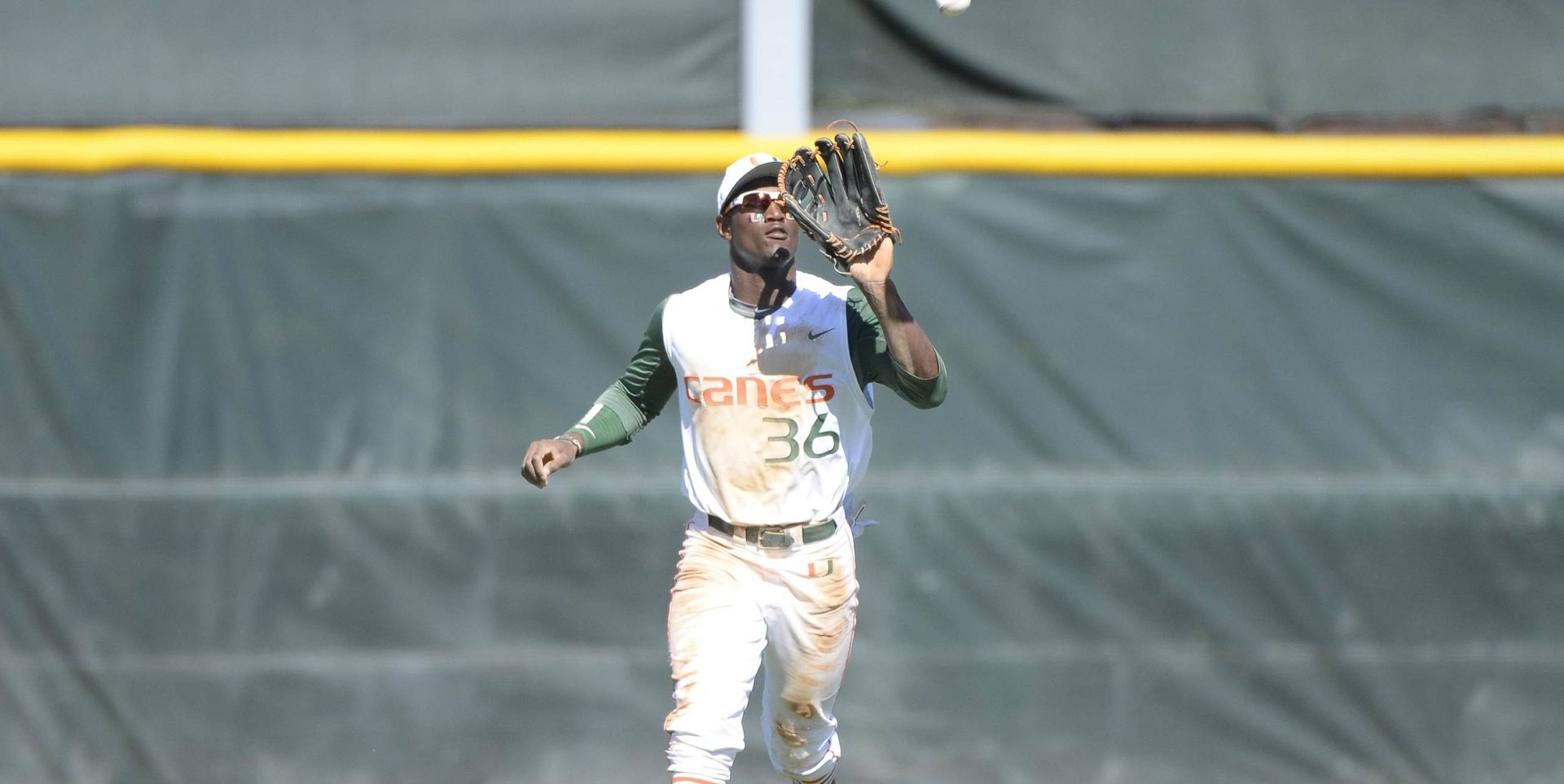 CORAL GABLES, Fla. — Miami’s five-game winning streak came to an end Tuesday, as the No. 13 Hurricanes dropped the finale of a six-game homestand to visiting Bethune-Cookman University 7-3.

“It’s a disappointing loss,” head coach Jim Morris said. “Credit to Bethune-Cookman – coming out ready to play. They did a good job.”

A week after throwing just the second perfect game in program history, Javi Salas (1-2) was tagged for six runs in the game’s first inning. The righthander allowed six hits in the frame, and was pulled in favor of sophomore Enrique Sosa at the start of the second inning with Miami trailing 6-0.

“You get [down] 6-0, it’s hard after that,” Morris said. “It takes the running game away a little bit. I thought we did a good job of getting guys on base, but we didn’t get the big hit.”

Salas said his lack of execution resulted in the frustrating outing.

“I just didn’t execute my pitches. I didn’t pitch well…I take full responsibility for the loss today,” Salas said. “That’s all on my shoulders.”

The Hurricanes (10-6) would work their way back into the contest, however, and got two runs back in the third inning. A passed ball charged to Bethune-Cookman catcher Zach Olszewski resulted in the hosts’ first run, and a hard-hit RBI groundout from Brad Fieger cut the deficit to four.

Back-to-back singles from freshman Zack Collins and senior Dale Carey opened the third, and a sacrifice bunt from Ricky Eusebio advanced both runners into scoring position. With Willie Abreu at bat, Bethune-Cookman starter Montana Durapau’s pitch hit Olszewski’s glove but made its way to the backstop, plating Collins easily. After Abreu walked on four pitches to put runners on the corners, Fieger’s grounder ricocheted off third baseman Jordan Robinson but was eventually corralled, as Carey scored to make it 6-2.

Another big hit from Fieger made it 6-3 in the bottom of the fifth. Back-to-back singles once again got the action started, this time from Carey and Eusebio. With two runners on base, Fieger rocketed a one-out double into the leftfield corner to plate Carey.

Sophomore David Thompson looked like he might extend the inning with a big connection, but Bethune-Cookman third baseman Jordan Robinson caught the line drive and tagged third base to double off Eusebio.

“We battled back. We tried to come back in the game…we hit a lot of balls hard, just right at people,” Carey said. “We didn’t execute when there were runners on base.”

Though Salas gave up six in the first inning, Miami’s bullpen delivered its most impressive performance of the season. Sosa, Beauprez, freshman Cooper Hammond and junior Daniel Sayles allowed just two four hits and one run in eight combined innings.

“A bright spot was our bullpen,” Morris said. “They threw very well. Some guys hadn’t gotten a job to throw very much came in and got outs. You need your bullpen – we need some guys to start throwing.”

But Bethune-Cookman (9-7) would tack on a run in the ninth, as Miami fell in front of 2,316 fans at Alex Rodriguez Park at Mark Light Field.

Miami next travels to DeLand, Fla., for midweek matchup with Stetson on Wednesday, March 12. First pitch is set for 6:30 p.m.