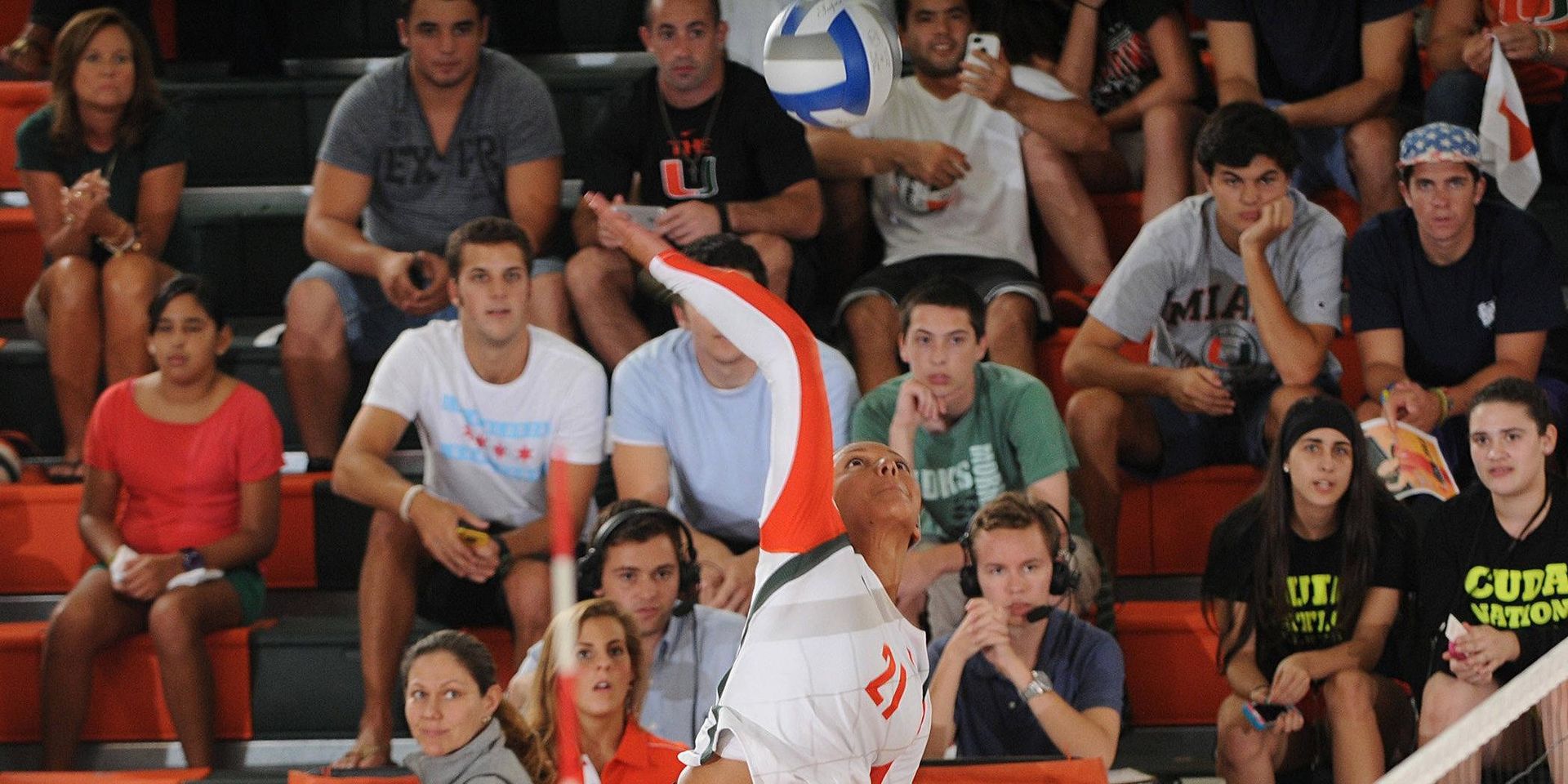 “I like the way we played today,” Gandara said. “Our numbers were good and I liked the mentality we had. We were working on our game as we played the match. The connection was better than it has been. It’s nice to do that at home where you can get easily distracted. Hopefully we can do the same on Sunday.”

Miami’s attack was balanced and successful, hitting a season-best .376 as a team. Alex Johnson, Savanah Leaf and Misty Ma’a each had a team-high 10 kills Friday against Pitt.

The Hurricanes also shined serving, collecting seven aces as a team. Johnson led Miami with a trio of aces, while Fuentez added a pair and Ma’a and Alexis Mourning each contributed one service ace.

“I want that to be one of our identities,” Gandara said. “We work on it a lot and take pride in it. Aces kind of just happen. I think we just serve the ball as tough as we can to the right places. It was a great night. Serving is huge and I think it really helped us.”

Defensively, Miami was led by junior Emani Sims’ five blocks. The middle blocker, who was honored with the raising of a commemorative banner for her 2012 AVCA All-America selection, also added seven kills against the Panthers.