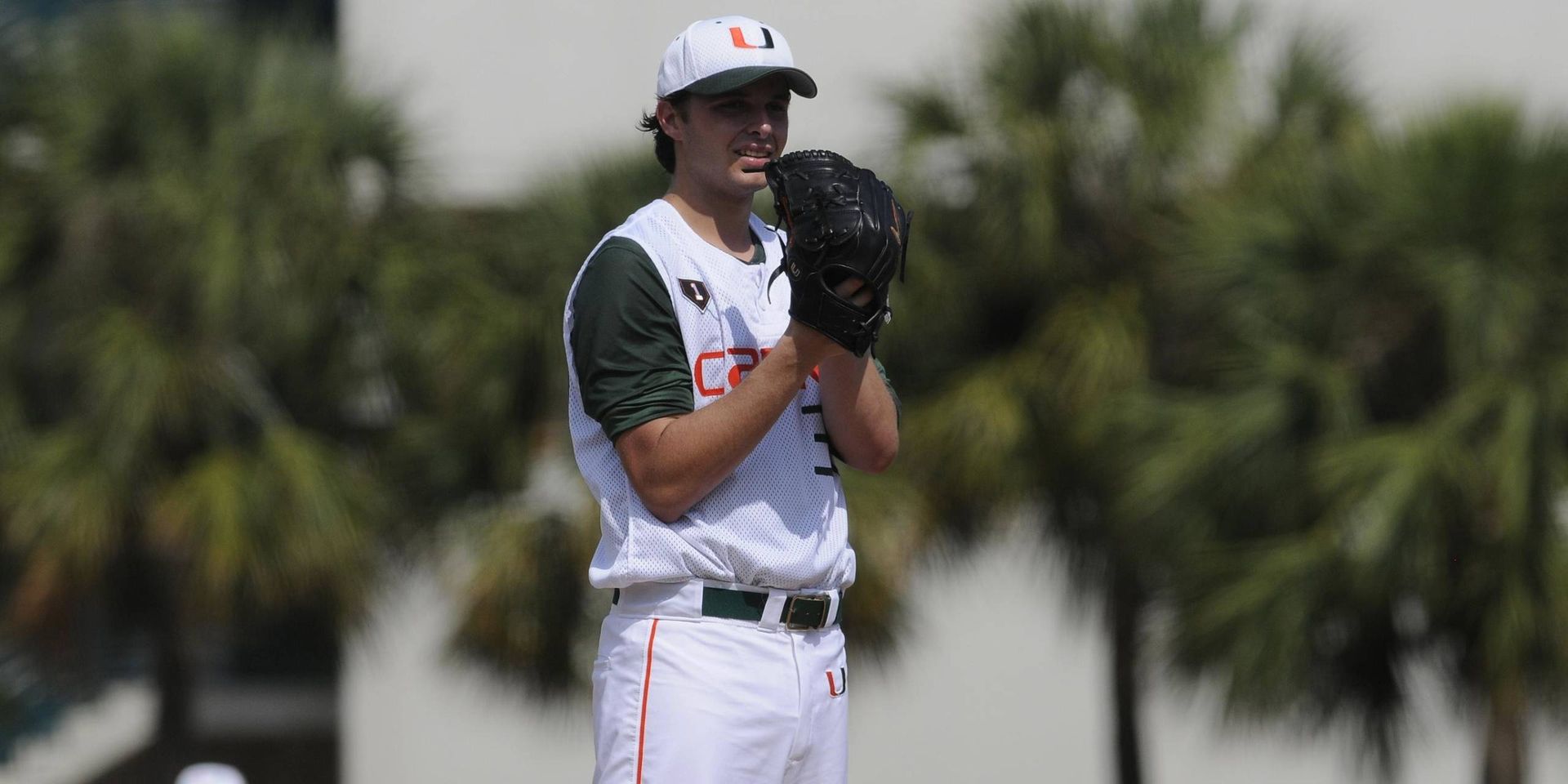 CHAPEL HILL, N.C. – No. 29 Miami dropped its series finale with No. 1 North Carolina Sunday at Boshamer Stadium, falling in the afternoon affair by a final score of 4-1.

Coming off the deepest start of his career last time out against Duke, sophomore lefthander Andrew Suarez delivered another dominant outing in the loss. The Miami, Fla., native, who allowed just five hits on the day, went 6.2 innings, struck out a career-best seven batters and issued just one walk.

Down 1-0 in the early going, Miami (15-7, 2-4 ACC) threatened in the top of the second, but a baserunning error kept the visitors off the board. With two runners on after back-to-back singles from junior Brad Fieger and senior Alex San Juan, freshman David Thompson laid down a perfect sacrifice bunt to set up the early scoring chance.

Freshman outfielder Ricky Eusebio connected on a flyball to left deep enough to plate the tying run on a sacrifice fly. But Fieger left the base too early, as the Heels doubled off the Hurricanes with a heads-up check to third, ending the inning and the scoring opportunity.

Miami got on the board in the fifth, as junior Alex Hernandez connected on an RBI single off Carolina starter Hobbs Johnson to tie the game at 1-1. With Eusebio (hit by pitch) and junior Dale Carey (walk) on second and third after a double steal, Hernandez ripped a line drive off the glove of Johnson that ricocheted far enough to plate Eusebio from third.

Suarez would continue his day into the seventh, retiring a string of seven consecutive batters through the middle innings. After allowing a solo homerun to Colin Moran in the first inning, one of his few blemishes on the day, Suarez struck out the junior for his sixth punchout of the day to set a new personal record. He would add a strikeout of Cody Stubbs in the seventh before being lifted in favor of Salcines.

After Michael Russell reached via two-out double in the eighth, Salcines intentionally walked Moran to help set up a forceout across the diamond. Bolt then connected on a three-run shot over the leftfield fence, proving to be a late gamewinner for the Heels.

Miami returns home for a midweek series with visiting Columbia beginning Tuesday, March 19. First pitch for game one is set for 6 p.m. from Alex Rodriguez Park.