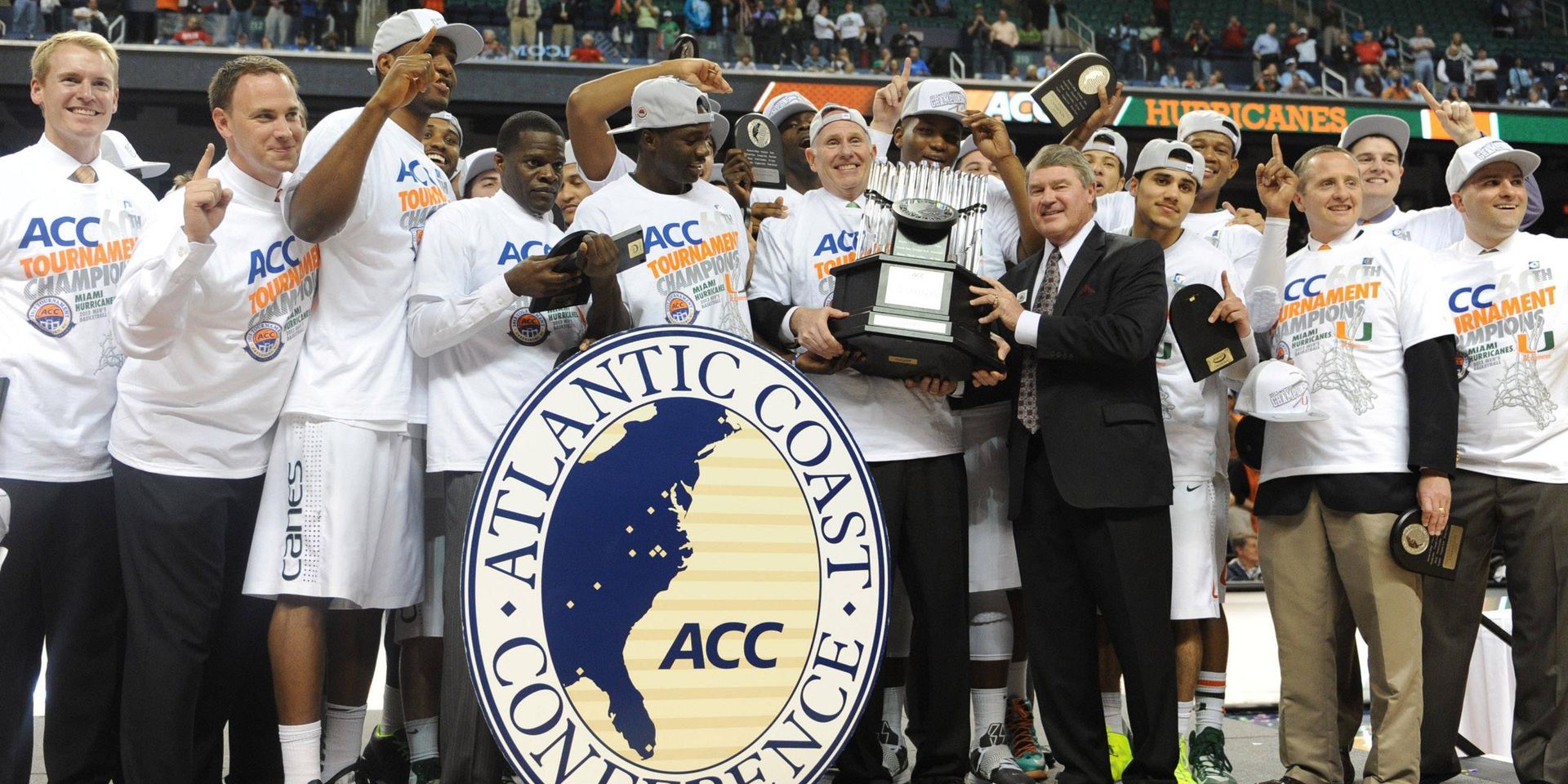 Larkin scored a career-high 28 points, eight coming in the final 2 1/2 minutes, to help No. 9 Miami pull away late to beat North Carolina 87-77 in Sunday’s final.

Trey McKinney Jones added a career-high 20 points for the top-seeded Hurricanes (27-6), including the go-ahead 3-pointer from the left corner with 6:27 left that started Miami’s final push to secure the program’s first ACC tournament title.

In a terrific back-and-forth game filled with big shots, the Hurricanes finally slowed P.J. Hairston and the third-seeded Tar Heels (24-10) enough down the stretch to secure what amounted to a road win in front of UNC’s home-state crowd.

Hairston scored 28 points and had six of the Tar Heels’ 13 3-pointers, which fell one shy of tying the program’s team record in the tournament. But it wasn’t enough to secure UNC’s first ACC title since 2008 nor coach Roy Williams’ 700th career victory.

Larkin was chosen the tournament’s MVP after finishing as the runner-up for league player of the year to Virginia Tech’s Erick Green. But Larkin was at his best when the Hurricanes needed him in a tight game to complete their surprise run from being picked fifth in the preseason poll to ACC champion.

Miami shot 51 percent and made 12 of 22 3-pointers, six coming from McKinney Jones and four from Larkin. Miami used its size advantage against North Carolina’s four-guard lineup to take a 36-28 rebounding advantage that led to 13 second-chance points.

The Hurricanes certainly needed every bit of it to beat the Tar Heels for a third time this season. Miami had blown out North Carolina by 26 points in February but didn’t put this one away until the final minutes.

Larkin drove by Dexter Strickland for a layup and a 76-71 lead, then McKinney Jones struck again with a 3 from the left corner off a feed from Rion Brown that made it 79-71 with 1:36 left – the Hurricanes’ biggest lead to that point.

Larkin also went 6-for-6 at the foul line in the final minute to keep Miami in control.

It was an emotional moment for Miami seniors Durand Scott, Reggie Johnson and Julian Gamble – who were all part of the team that was a last-place seed in the 2010 tournament that made the program’s first run to the semifinals.

As the confetti fell from the rafters of the Greensboro Coliseum after the final horn, Scott leapt into the arms of Gamble, then shared a big hug with Johnson.

The question now is how the win will affect Miami’s NCAA tournament seeding and whether the Hurricanes have done enough to earn a No. 1.

For the Tar Heels, the third straight finals appearance didn’t appear likely after that humiliating loss to the Hurricanes on Feb. 9. But that’s when Williams inserted Hairston into the four-guard starting lineup, a move that changed everything for the Tar Heels.

North Carolina had won eight of 10 since the move and gave the Hurricanes fits with their ability to hit stretch the defense and open space inside for James Michael McAdoo or penetrating guards.

Reggie Bullock added 17 points for the Tar Heels, while he and freshman point guard Marcus Pagie each hit three 3s. But eventually, Miami’s defense held them without a basket for 4 minutes as the Hurricanes gradually took control.

Hairston and Larkin were the biggest stars of a dynamic first half that featured six ties and 14 lead changes. Both players had 15 points.

Hairston again wore the padded bandage to protect a cut to the webbing between his left middle and ring fingers he suffered in in Friday’s quarterfinal win against Florida State, a wound to his non-shooting hand that required eight stitches.

Larkin’s floater in the lane with 4 seconds left gave the Hurricanes a 44-41 halftime lead.