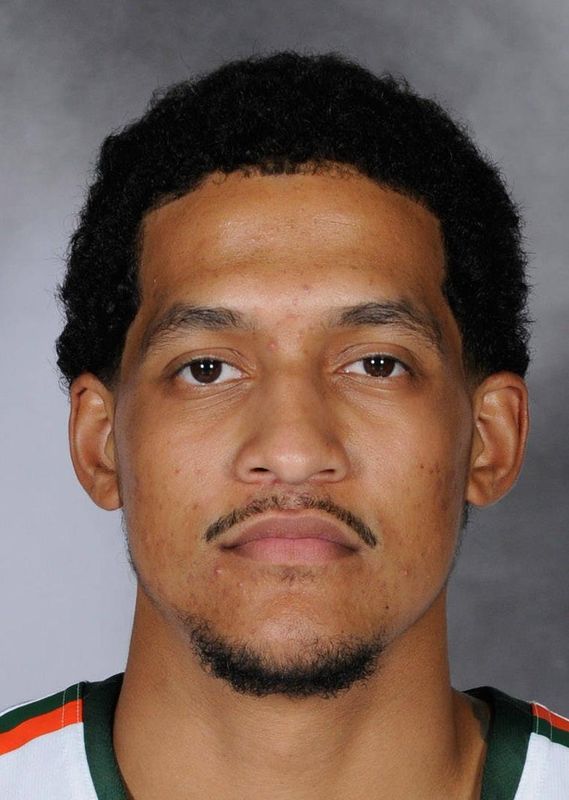 As a Redshirt Senior (2011-12)
Sat out entire season after injuring his left ACL in the summer of 2011 … Granted a clock extension by the NCAA, allowing the forward to play basketball his sixth year, in 2012-13.

Played in all 36 games this season, with 13 starts – including six in ACC play… Averaged 4.0 points, 3.4 rebounds and 0.8 blocks per game, converting 59.8 percent of his field goals… Scored in 33-of-36 games, averaging 7.0 points and 4.8 rebounds over the last six outings, converting 73.9 percent of his field goals… In three NIT games, averaged 7.3 points and 5.7 rebounds while shooting 88.9 percent from the field (8-9)… Finished with seven points on 3-of-3 shooting with one free throw and six rebounds in the NIT quarterfinal at Alabama (3/23)… Posted eight points and three rebounds in the second-round NIT win over Missouri State (3/21)… Knocked down all three field goal attempts and added a pair of free throws en route to eight points, a season-high eight rebounds, two assists, two blocks and a steal in a solid performance off the bench in the NIT-opening win over FAU (3/16)… Hit 5-of-6 from the field and added a free throw to finish with a season-high 11 points, five rebounds and two blocks in the ACC Tournament win over Virginia (3/10)… Made a key steal versus the Cavaliers with just one second remaining in regulation and heaved up a three-point shot that was just off his target… Solid outing at Georgia Tech (3/6), with seven points on 3-of-4 shooting from the field, four boards and a season-high tying pair of assists… Made his second-straight start, 13th of the season and 24th of his career at Florida State (2/26)… Earned StatSheet.com ACC Sixth Man of the Week honors for his contributions off the bench at UNCG and versus Clemson… Put up two blocks with five points and four boards in 15 minutes versus Clemson (2/20)… Finished with eight points, five rebounds and a pair of assists and blocks in 20 minutes at UNC Greensboro (2/15)… Tallied four points and a game-high tying seven rebounds before fouling out in the road win at Wake Forest (2/9)… Knocked down two field goals and a free throw to finish with five points and six rebounds in the win over Georgia Tech (2/3)… Hit a pair of field goals to finish with four points, five rebounds and a block at Virginia Tech (1/30)… Made his first start in conference play this season versus North Carolina (1/26)… Contributed four points, six rebounds, a pair of assists and a block at NC State (1/23)… Registered four boards, two points and a pair of blocks in 16 minutes versus Florida State (1/19)… Played 23 minutes against Boston College (1/15), his longest outing when coming off the bench… Tied a season-high with seven rebounds against the Eagles, while recording a season-high three blocks — including a key block on Reggie Jackson with 13 seconds remaining in the game and UM clinging to a 68-67 lead… Recorded seven points with three rebounds and a steal in the ACC opener at No. 1 Duke (1/2)… Made his sixth-straight start of the season vs. UCF (12/18), hitting both field goal attempts to post four points and a season-high two blocks… In the win over Stetson (12/12), grabbed a season-high seven rebounds, while scoring six points and adding one assist, one block and one steal in 21 minutes… Scored four points on perfect 2-of-2 shooting and had four boards versus Ole Miss (11/30)… Grabbed a season-high tying five rebounds in a season-high tying 16 minutes against McNeese State (11/24)… Posted the fifth double-figure scoring game of his career with 10 points on 5-of-7 shooting (.714) in the season-opening win over Jacksonville (11/12/10)… Also grabbed five boards and a steal in 14 minutes of action.

Among five Hurricanes to play in all 33 games, including 11-straight starts to close the season… Averaged 6.6 points on 52.6 percent shooting from the field and 6.3 rebounds over his last seven starts… For the season, posted 3.5 points, 2.9 rebounds and 0.8 blocks per game, while converting 70.6 percent from the line… Posted multiple blocks in four games, including a career-high four at North Carolina (3/2)… Versus the Tar Heels, added eight points — including his first career three-pointer to beat the halftime buzzer, seven boards, a career-high tying two steals and two assists in 26 minutes… Grabbed double-figure rebounds twice and five-plus boards seven times, including six times versus conference opponents… Finished with eight points, a career-high tying 13 rebounds and three blocks in the ACC Tournament win over Wake Forest (3/11)… Finished with six points on 3-of-4 shooting from the field and four boards in 14 minutes versus NC State (2/27)… Recorded his second career double-double and first versus an ACC opponent with a career-high tying 13 points on a career-high 6-of-8 shooting from the field, 12 rebounds, three assists and a blocked shot in the win over Virginia (2/23)… Grabbed five boards and a career-high tying two steals at Clemson (2/13)… Turned in four points, seven rebounds, two assists and a career-high tying two steals in the victory over then- No. 20/20 Georgia Tech (2/10)… Picked up his first career start at Florida State (2/6), finishing with nine points on 3-of-5 shooting, three boards, an assist and a blocked shot in 26 minutes… Rejected two shots at Virginia (1/16)… Posted five points and two boards in Miami’s ACC win over Wake Forest (1/9)… Registered three assists and a blocked shot in 15 minutes off the bench in Miami’s non-conference win over South Carolina State (12/12)… Scored four points off the bench in 18 minutes of playing time while collecting five rebounds — including three from the offensive glass, and handing out a career-best four assists versus USC Upstate (11/28)… Posted 10 points, three rebounds and a pair of blocks in the season-opening win over North Carolina Central (11/14)… Honored with team’s “Outstanding Student-Athlete Award” at the 2010 postseason banquet for his efforts on the court and in the classroom.

Saw action in 24 games in his first campaign as a Hurricane, including 10 games versus ACC opponents… Among just six ACC freshmen to record a double-double during the season, posting a career-high 13 points and a career-high 13 rebounds in the win over North Florida (12/31), converting 3-of-5 field goals and a season-high 7-of-10 free throws… Also scored in double figures in the win at St. John’s (12/27), finishing with 10 points on perfect 4-of-4 shooting from the field and 2-of-2 shooting from the line in 12 minutes… Shot a perfect 3-for-3 from the field and added a free throw to finish with seven points in the ACC Tournament versus Virginia Tech (3/12)… Posted a then- career-best three blocked shots on three occasions — in the win at Kentucky (12/6) and in back-to-back home victories over North Florida (12/31) and North Carolina Central (1/3)… Added six points and seven rebounds in a season-high 20 minutes versus the Eagles… Grabbed five-or-more rebounds five times, including a four-point, five-board effort in 15 minutes versus then- No. 3/3 North Carolina (2/15)… Recorded two points, a rebound and his 14th block of his freshman campaign in his first postseason appearance in the NIT win at Providence (3/18)… Grabbed three rebounds in his ACC debut versus then- No. 25/25 Clemson (12/21)… Finished with six points and three rebounds in 14 minutes versus FIU (12/12)… Posted five rebounds, a season- and game-high three assists and a blocked shot in 15 minutes against San Diego (11/24) in the third-place game of the Paradise Jam Tournament… Finished with four points, six rebounds and a steal in his Hurricanes debut versus Florida Southern (11/15).

High School
Three-year letterwinner at Southern Durham High School, the same high school as former UM teammate Anthony King… Averaged 18 points, 10 rebounds and five blocks per game as a senior… A two-time all-conference selection… Rated the No. 27 center in the class of 2007 by Scout.com and the No. 4 overall player in the state of North Carolina by Rivals.com… Coached by David Pyper.

Personal
Born Sept. 15, 1989 … Son of Sarah Gamble … Brother to Talonny, Javon, William and Raquel … Graduated in May 2012 with a degree in sports administration and a minor in business administration … Currently working on second degree, in liberal arts … Off the court, enjoys playing video games… Traveled to Africa during the summer of 2008 with Athletes in Action, getting the opportunity to play basketball with other collegians from across the country, as well as hold basketball clinics for local children… Big body… Great inside game– team’s best post passer… Strong basketball IQ and good skill level… Has shown tremendous growth through his redshirt season in 2007-08 up until the present… Nicknames include “Jules” and “JG”.