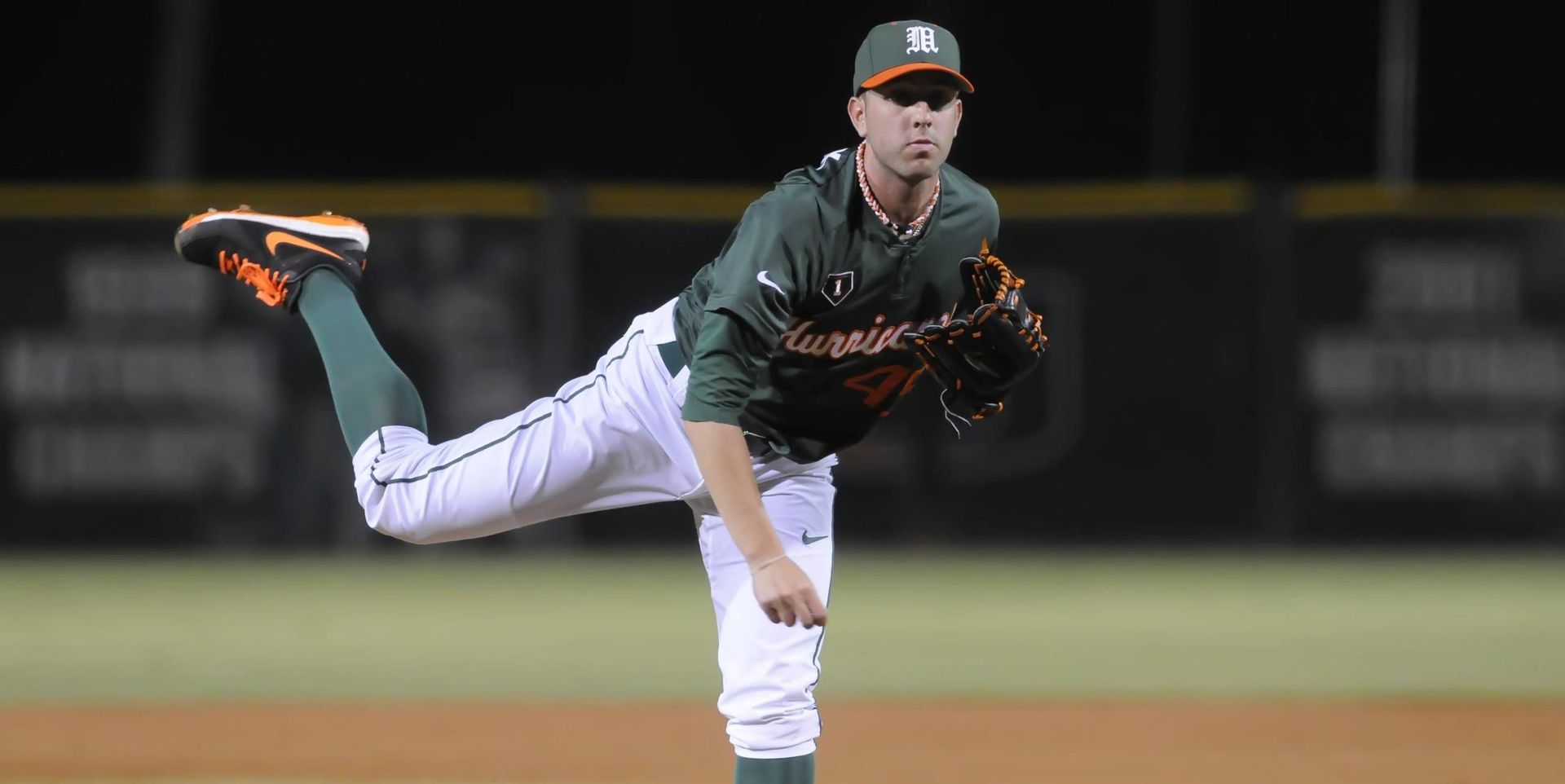 CHAPEL HILL, N.C. – No. 29 Miami dropped game two of its weekend set with No. 1 North Carolina Saturday night, as the Tar Heels evened the series at one game apiece with a 14-2 victory at Boshamer Stadium. The defeat sets up a rubber match Sunday, with game three set to begin at 1 p.m.

The Hurricanes’ offense struggled against UNC starter Benton Moss (5-0), who didn’t allow a basehit until the sixth inning. Freshman Ricky Eusebio ended Moss’ no-hit bid with his second career double roped to leftfield to lead off the frame.

After falling behind the visitors in Friday night’s series opener, the Tar Heels (17-1, 4-1 ACC) struck first with two runs in the second inning off Miami starter Javi Salas (2-2). After Brian Holberton led off the frame with a double, sophomore infielder Mike Zolk connected on a two-run homerun over the rightfield fence for the early lead.

UNC would tack on to its advantage with 11 runs in the bottom of the third, as the Tar Heels’ offense connected for seven hits in the inning. Having allowed eight hits and charged with five earned runs through 2.1 innings of work, Salas was pulled in favor of sophomore Alexander Fernandez.

Entering the contest in a sticky situation, the righthander nearly got out of a tough jam on a bunt from Matt Roberts. But first baseman David Thompson’s throw to home was not there in time, as the Heels would go on to plate seven more runs to jump out to a commanding 13-0 lead. Senior reliever Vince Kossak induced the final two outs of the inning.

Kossak would stay in the game through the fifth, allowing two earned runs over 2.2 effective innings of relief. The Lake Worth, Fla., native came just one-third of an inning shy of tying his career-long performance, and matched a career-high with three strikeouts in the outing.

Miami (15-6, 2-3 ACC) would strike for two late runs off reliever Reilly Hovis in the eighth, loading the bases on a Eusebio walk and Tyler Palmer single sandwiched around a fielding error that helped Christopher Barr reach base. A wild pitch from Hovis plated Eusebio from third, while a sacrifice fly from Esteban Tresgallo cut into the deficit.

The two teams will return to Boshamer Stadium for Sunday’s rubber match. First pitch for the contest, slated for broadcast on ESPN 3, is set for 1 p.m.