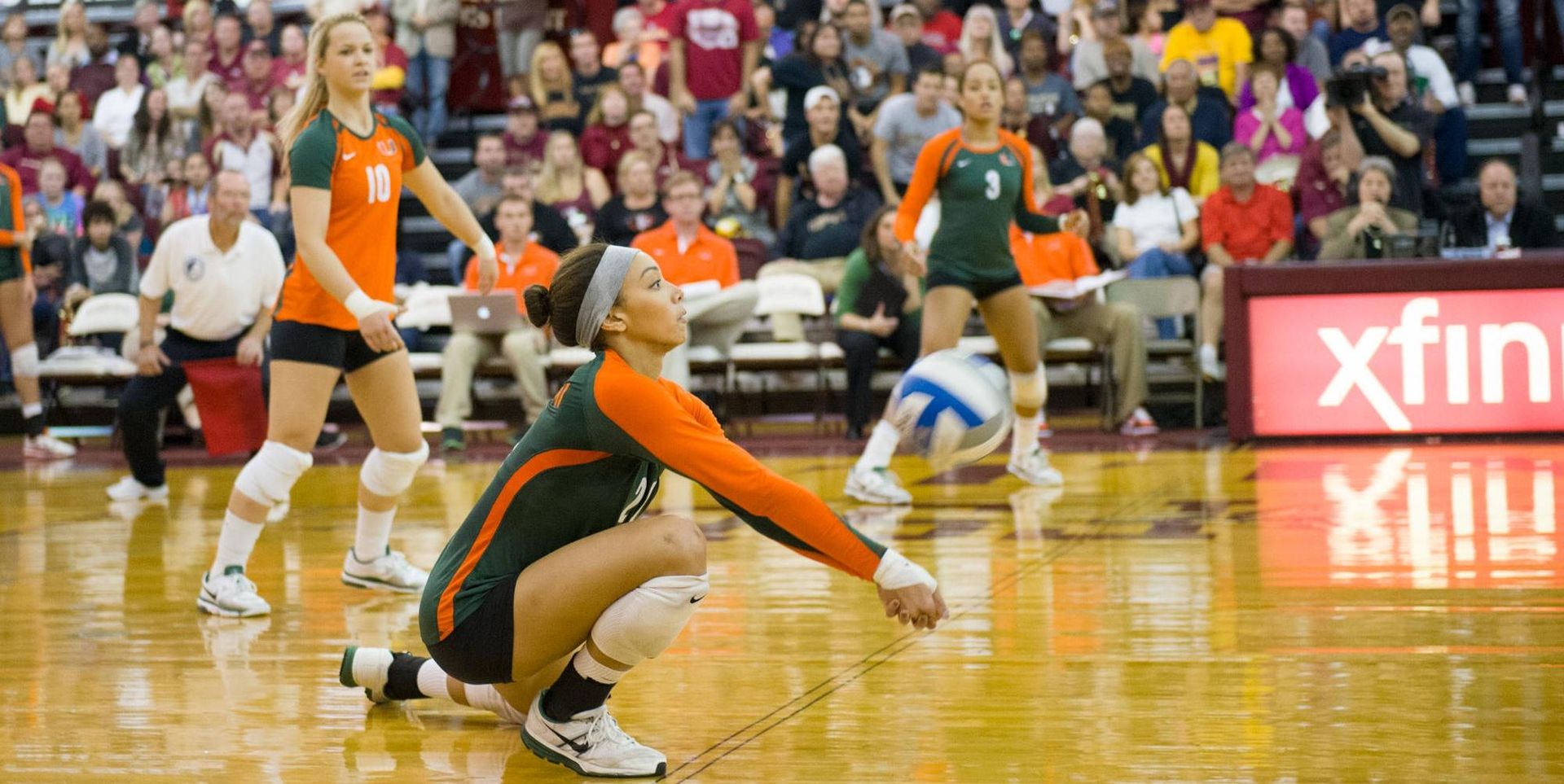 TALLAHASSEE, Fla. – Sophomore Savanah Leafcollected a match-high 18 kills, but No. 23 Miami volleyball fell at No. 12Florida State Friday, 3-1, in the Atlantic Coast Conference title match atTully Gym. The Hurricanes and Seminoles split the season series for the third-straightyear.

UMwraps up the regular season 25-5 overall and 17-3 for a second-place finish inthe ACC. The 17 conference wins set a new program record. FSU improved to 27-3and 18-2 to complete the regular season undefeated at home, winning the ACC forthe fourth time.

Leaf,who transferred to Miami after a season at San Jose State, had a season-high 18kills to go with 11 digs for her third double-double of the season. ClassmateEmani Sims hit .348 in the match on 12 kills, adding nine blocks for the Canes.

Defensively,four players had double-digit digs for UM, with Hollins and juniors AlexJohnson and Ryan Shaffer all having 12 in the match. Hollins now has ateam-high 17 double-doubles on the year.

AfterFlorida State took the opening set, Miami responded in the second by going up16-9. The Seminoles fought to within two several times, including at 24-22, butSims put down a kill in the middle of the court to tie the match at one. It wasthe first time since Sept. 30 that a visiting team won a set at Tully Gym.

FSUreversed the momentum in the third set to win convincingly, 25-14, going up 2-1in the match. Once again, the Canes battled back in the following set to take a10-6 advantage on a kill by Hollins. The teams then went back-and-forth withthe Seminoles eventually evening it out at 20. Following an exchange of pointsto make it 21-21, UM took the next three to make it 24-21. However, theSeminoles rallied to tie it at 24 and avoided two more set points to win,29-27.

TheHurricanes will now wait to find out their seeding in the NCAA Tournament,which starts next weekend at campus sites. ESPNU will televise the selectionshow Sunday at 4 p.m.