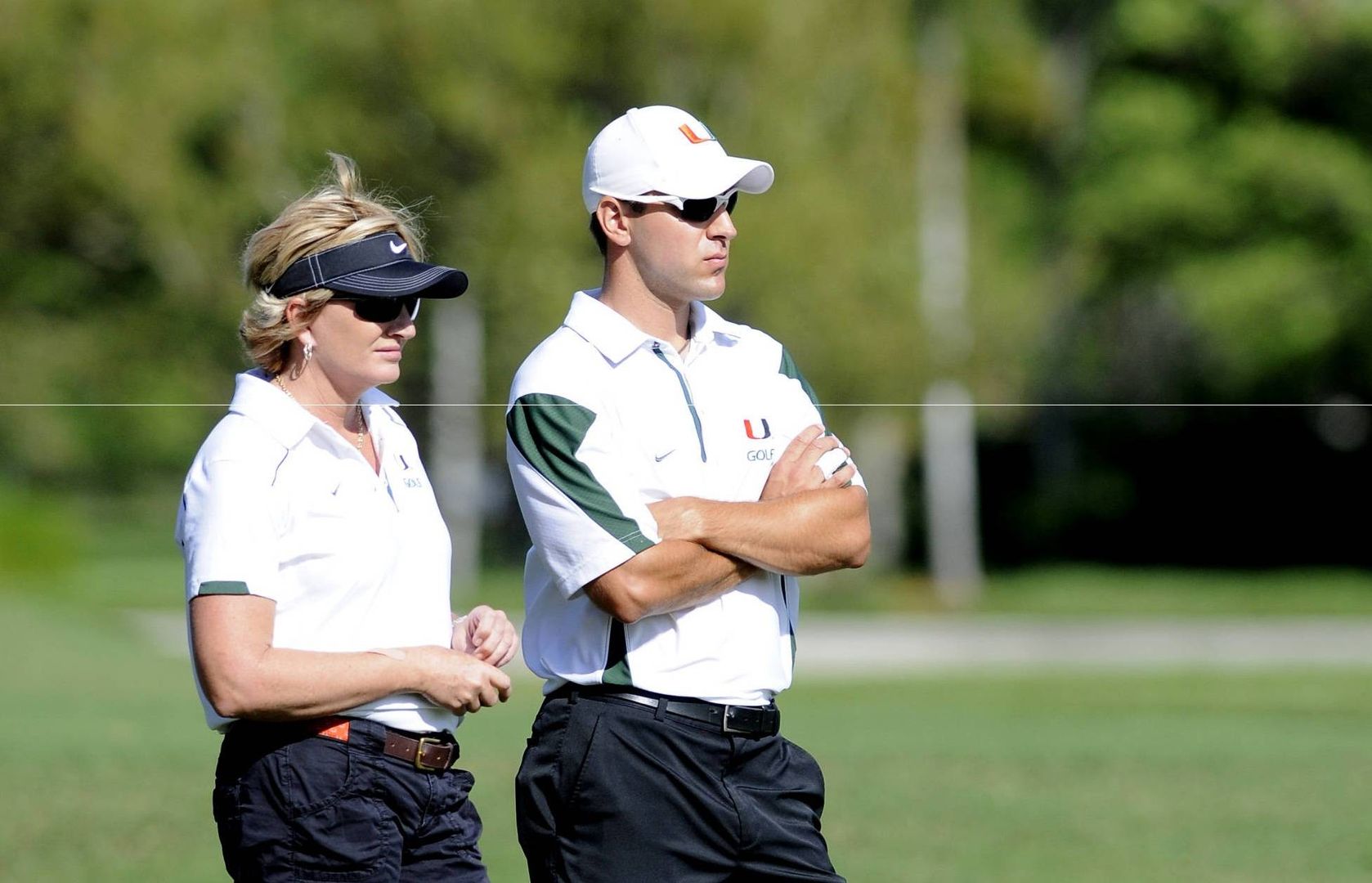 “A little progression every week is what we’re looking for,” third-year head coach Patti Rizzo said. “These tournaments will help us out a lot for our season in the spring.”

Miami recorded its best finish of the young fall season, registering a 46-over 910. Wire-to-wire leader Purdue claimed the team title at 11-over 875, seven strokes ahead of host and second-place Michigan State at 18-over 882. Notre Dame placed third at 23-over 887, while Texas State finished fourth overall at 36-over 900.

Two Canes concluded the tournament in the top 25; Ras-Anderica tied for 18th with a final tally of 9-over 225, while fellow sophomore Rika Park tied for 22nd at 11-over 227.

Sunday marked the first time Miami had all five players place in the top 50 of a regular-season tournament since the UM-hosted Hurricane Invitational in March. Ras-Anderica and Park placed seventh and 10th, respectively, in that event.

The Hurricanes return to action Oct. 1-2 at the Starmount Fall Classic in Greensboro, N.C. For the latest information, follow the official Twitter feed for Miami Hurricanes women’s golf, @HurricanesGolf.