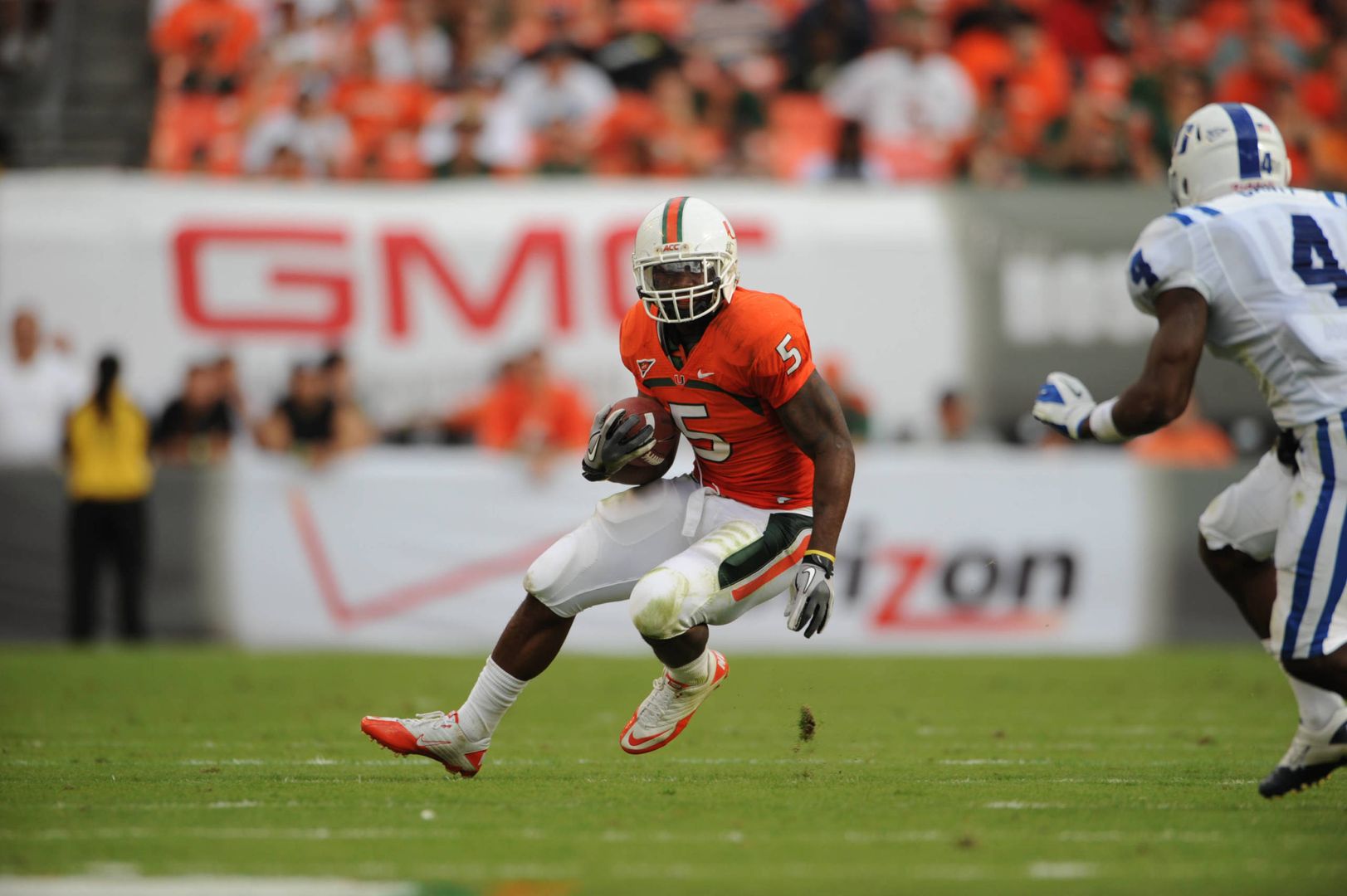 “In my 26 years as a Division I student-athlete, assistant football coach at Boston College, Penn State, Virginia, and Head Coach at Temple University and now at the University of Miami, I have had the opportunity to be around a lot of great people,” said Head Coach Al Golden. “Without a doubt, Michael James is truly one of the most inspirational young men I have ever had the pleasure to be around.”

James has played in every game for the Hurricanes the past three seasons (38) and was named Miami’s 2011 Strength Training Athlete of the Year. The Haines City, Fla., native was second on the team with eight total touchdowns in 2011, and has reached the endzone 13 times in his career.

James is working toward a degree in Sport Administration with a minor in Sociology.

Since coming to Coral Gables in 2009, James has been involved with several community service groups and initiatives, including the Annual University of Miami Marrow Donor Drive, Empowered Youth, The Ronald McDonald House, The Miami Rescue Mission, Rushing the Community and Canes on Patrol.

“This year’s Allstate AFCA Good Works Team® nominees have some of the most impressive community service resumes in the program’s 21-year history,” said Kathy Mabe, president of Allstate’s West regions and a member of the 2012 Allstate AFCA Good Works Team voting panel. “These young men continue to raise the bar for the impact that student-athletes can have on others, and are an inspiration to Allstate, our agents and our employees.”

In order to meet the criteria set forth by Allstate and the AFCA, each player must be actively involved and committed to working with a charitable organization, service group or community service while maintaining a strong academic standing.