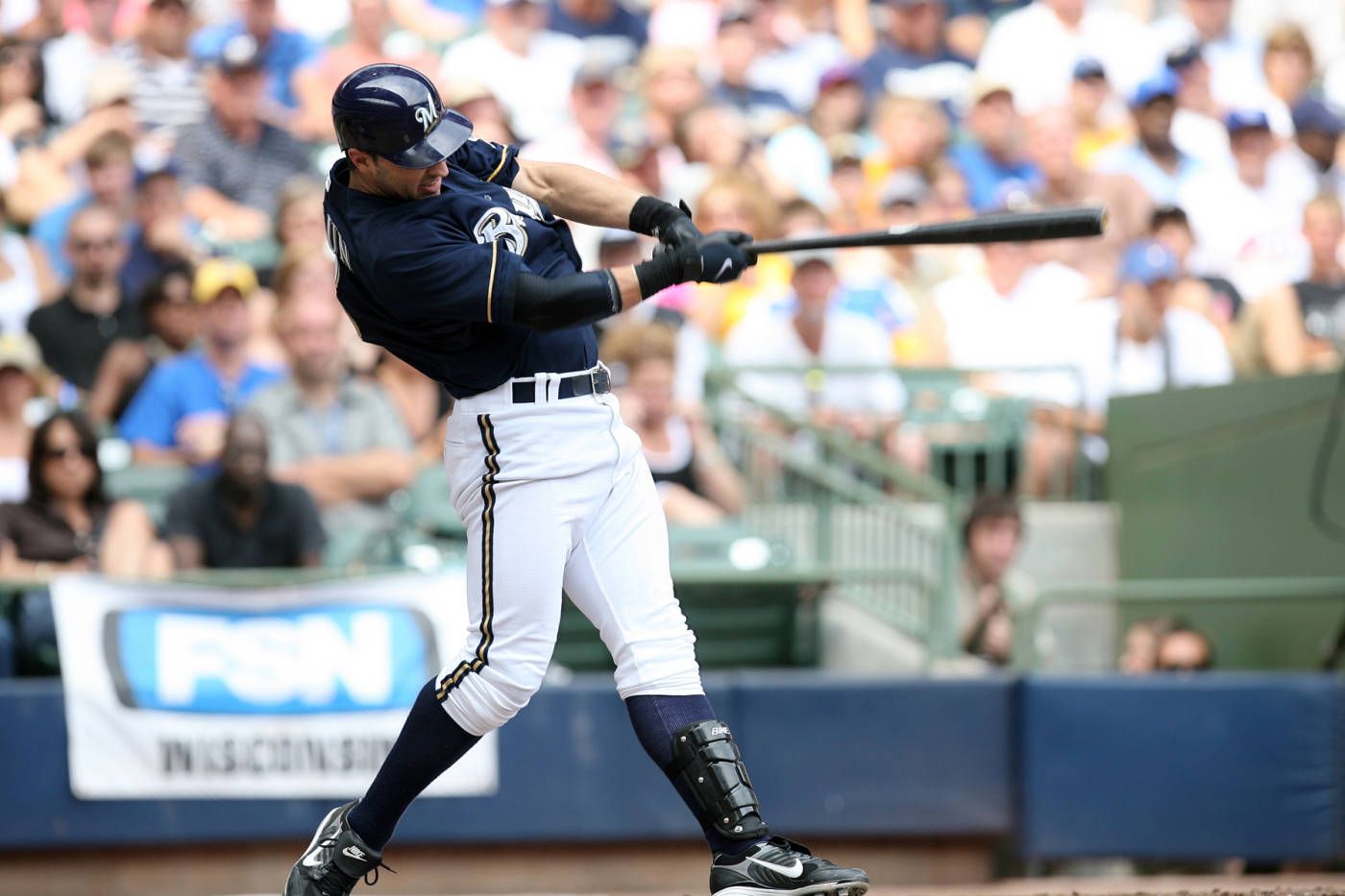 KANSAS CITY, Mo. – For the fifth consecutive year, UBaseball alum and reigning National League MVP Ryan Braun will take part in Tuesday night’s annual Major League Baseball All-Star Game (FOX, 7:30 p.m.) at Kauffman Stadium. Joining the Brewers’ star outfielder in All-Star festivities for the second-straight season will be fellow ProCane and Cleveland Indians’ closer Chris Perez, who ranks fourth in the majors with 24 saves in 2012. After quick roads through the minors, two fellow ProCanes reunited and on the rise in San Diego help highlight another strong first half of the season from UBaseball alumni:

Ryan Braun (Milwaukee Brewers): .306 average, 24 homeruns, 61 RBI’s, 15 stolen bases
Braun has followed up his stellar 2011 MVP campaign with a blistering first half to the season, which includes a National League-leading 24 homers, 61 RBI’s (second), a .990 OPS (fifth) and 15 steals (12th). Though Milwaukee has struggled to a 40-45 record through the first half of the season, Braun has provided a single-handed barrage in the middle of the Brewers’ line-up. The Mission Hills, Calif. native serves as the team leader in nearly every hitting category, including batting average, homeruns, RBI’s, on-base percentage, slugging percentage, hits and total bases.

Chris Perez (Cleveland Indians): 24 saves, 32.1 innings, 35 strikeouts, .230 batting average against
“Pure Rage”, as he’s known affectionately among the Indians’ faithful, has become one of the most electric players in baseball for his combination of talent and passion on the mound. Perez, who has converted 24 of 26 save opportunities through the first half of the season, earned his second-consecutive All-Star nod with a dominant 35:7 strikeout-to-walk ratio in 32.1 innings of work. The Holmes Beach, Fla. native, who arrived to Cleveland after a trade from St. Louis, has recorded an impressive total of 83 saves in his three seasons as the Indians’ closer.

Yasmani Grandal (San Diego Padres): .286 average, 35 at-bats, four homeruns, six RBI’s
No player made a bigger splash just before the break than Grandal, who was called up to “The Show” on June 30 in place of struggling catcher Nick Hundley. The Miami, Fla. native didn’t wait long to make a powerful first impression, becoming the first player in the history of Major League Baseball to record homeruns from both sides of the plate as his first two hits in the majors. Through his first 35 at-bats with the Padres, Grandal has four homeruns and six RBI’s, and has also scored seven runs. Grandal was ranked the 53rd best prospect in Major League Baseball heading into the 2012 season by Baseball America.

Yonder Alonso (San Diego Padres): .263 average, three homeruns, 35 walks, 23 RBI’s|
Alonso, who was traded to San Diego alongside Grandal just before the season, has become a primary contributor in a young and talented Padres’ line-up. Though he’s hitting just .263 on the season, Alonso hit .296 through the first part of July, include a homerun, five RBI’s and seven walks. The Miami, Fla. is tied for No. 17 in the National League with 20 doubles through the first half of the season, and has shown increasing signs of the talent that earned him a spot on nearly every All-American list after his final season in Coral Gables.