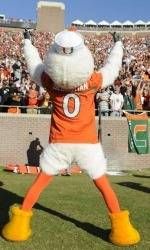 GREENSBORO, N.C. – The Atlantic Coast Conference and the Orange Bowl Committee announced today a 12-year agreement that will annually feature the ACC Champion in the Discover Orange Bowl to be played on New Year’s Day at 1:00 pm beginning after the 2014 season.

As part of the new postseason college football arrangement recently announced by the BCS Presidential Oversight Committee, the ACC has selected the Discover Orange Bowl as its annual contract bowl partner, to serve as the home of the ACC Champion. If the ACC Champion is identified as one of the top four teams by the Bowl Championship Series selection committee, then the ACC Champion will participate in the national semifinals and a replacement team from the ACC would participate in the Discover Orange Bowl.

In addition to the partnership between the ACC and the Discover Orange Bowl, it’s anticipated that the Orange Bowl will host at least four semifinal games in the new recently announced arrangement by the BCS Presidential Oversight Committee. In the years that the Orange Bowl serves as a semifinal host, the ACC Champion would then participate in one of the three host bowls that will be established as per the direction of the BCS Presidential Oversight Committee.

Details on both the opponent and broadcast partner will be forthcoming.

“The ACC and Discover Orange Bowl have a terrific relationship and, as we look ahead to the future of postseason college football, this will further an already beneficial partnership for both organizations,” said ACC Commissioner John Swofford. “The Discover Orange Bowl has a rich history of prestige, is located within the league’s footprint and is a great destination for our student-athletes, alumni and fans. In addition to our continued partnership, we are very pleased to be playing annually on New Year’s Day.”

“The Orange Bowl is extremely pleased to continue its relationship with the Atlantic Coast Conference,” said O. Ford Gibson, president and chair, Orange Bowl Committee. “We are looking forward to entering this new era of postseason collegiate football with a valued partner and its historically successful member institutions.”

The Discover Orange Bowl has been the home of the ACC Champion since 2006 and in the first seven years of partnership, five different ACC teams have competed. Throughout the 78 year history, nine of the current ACC institutions have played in at least one Orange Bowl.

About the Atlantic Coast Conference
The Atlantic Coast Conference is now in its 60th year of competition, the ACC has long enjoyed the reputation as one of the strongest and most competitive intercollegiate conferences in the nation. Since the league’s inception in 1953, ACC schools have captured 127 national championships, including 67 in women’s competition and 60 in men’s. In addition, NCAA individual titles have gone to ACC student-athletes 145 times in men’s competition and 104 times in women’s action. For more information, visit theACC.com.