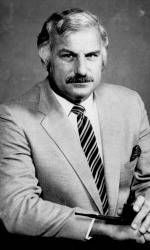 CORAL GABLES, Fla. – The University of Miami and Florida Atlantic University (FAU) have scheduled a three-game football series that will begin during the fall of 2013.

Now the only question is whether Howard Schnellenberger will be pulling for the Canes or the Owls?

“I’m thrilled to death that FAU and UM are going to face-off on the gridiron,” said Schnellenberger. “It is part of the big plan and may develop into a wonderful addition to south Florida football.”

The Owls and Hurricanes have never met on the field, but share a lineage with Schnellenberger, who retired after the 2011 season with a 158-151-3 career record.

Get Your 2012 Miami Hurricanes Season Tickets TODAY, by clicking here.