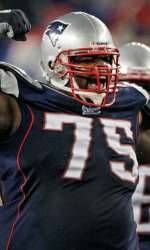 CORAL GABLES, Fla. — The Monday Morning ProCanes report will weed through all the NFL highlights and news to bring you the information you care about the most… what the former University of Miami Hurricanes did during the week prior. Week 14 ended as one of the most productive weeks of 2011 yet for Pro Canes, as four different offensive stars recorded touchdowns on Sunday afternoon. Not to be outdone on defense, nose tackle Vince Wilfork recovered an early fumble in the endzone to officially stretch the streak to three weeks (and 152 of the past 153) while D.J. Williams helped key a Broncos comeback victory against the Bears.

D.J. Williams (Denver Broncos) – 9 tackles, 2 sacks
A key member of perhaps the most lethal group of pass rushers in the NFL, D.J. Williams played a crucial role in the Broncos’ victory over Chicago. Williams, who posted the second multiple-sack game of his career in Denver’s 13-10 overtime win, led the Broncos with nine tackles on the day. The eighth-year linebacker, who now ranks second on the team in tackles (75) despite playing in just ten games this season, is one of only eight players in the NFL with over 700 tackles and 15 sacks since 2004.
Video highlights: Eight-Yard Sack  | Another Sack

Greg Olsen and Jeremy Shockey (Carolina Panthers) – 4 receptions, 63 yards, 2 touchdowns (combined)
Despite’s Carolina’s disappointing 31-23 loss to division rival Atlanta, rookie quarterback Cam Newton’s elite Pro Canes tight end duo was once again a major factor for the Panthers in Week 14. After Shockey recorded his second touchdown of the season on a six-yard reception in the first quarter, Olsen turned a screen pass from Newton into a 44-yard dash to the endzone for his fifth touchdown of the season right before halftime. The duo, one of only two combos ranked in the Top-25 in receiving yards among tight ends (New England), now has a combined 73 receptions and 913 yards on the season.
Video highlights: 44-yard TD | Shockey TD

Santana Moss (Washington Redskins) – 3 receptions, 81 yards, 1 touchdown
After missing four weeks of the season with an arm injury, Moss has returned to the Redskins offense in a big way since his Week 12 comeback. Over the past three games, Moss has combined for 12 receptions and 152 yards, including an 81-yard output against a battered New England defense on Sunday. The eleventh-year wideout, who recorded his third touchdown catch of the season on a trick pass from Brandon Banks, registered a season-high in yards in his team’s 34-27 loss at FedEx Field.
Video highlights: 49-yard Trick Pass

Frank Gore (San Francisco 49ers) – 10 carries, 72 yards, 1 touchdown
Though his team fell to Arizona at University of Phoenix Stadium, Frank Gore had another successful game despite limited carries for the 49ers offense. A week after he secured his place among the greatest running backs in franchise history, Gore surpassed the 1,000-yard mark for the fifth season of his career in his team’s 21-19 loss. Gore, who now ranks fourth in the NFL with 1,054 rushing yards on the season, is one of only five running backs with over 1,000 yards tied for the fewest amount of carries (234) to accomplish the feat.
Video highlights: 20-yard dash | 37-yard TD