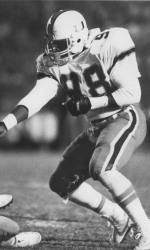 It's The Fans Turn To Decide Greatest Cane

CORAL GABLES, Fla. – After several media rankings and polls in recent years, Miami flagship radio partner 560 WQAM is giving the power to the people… The Canes Nation to be more specific.

WQAM has opened up voting for the greatest Canes football players of all time.  Voting will take place on the radio airwaves, Facebook.com/MiamiHurricanes and WQAM.com.

The voting will be broken down in a tournament-style bracket, similar to the NCAA Tourney, where great Canes will square off against fellow legendary Miami players.

Click here to VOTE NOW and make sure to key your AM dial locked to 560 WQAM.