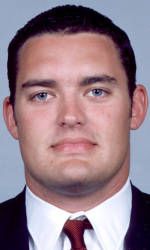 Carroll was a member of the USC Trojans coaching staff from 2002 through February 2010. Considered among the best recruiters in America, he worked with special teams and the tight ends while on the Los Angeles campus. He also spent time with recently hired UM defensive line coach Jethro Franklin, who was on the USC staff in 2009 and 2005.

His recruiting pedigree will pay dividends for the Miami football program and there is arguably no better example than 2010. Carroll stayed on the USC staff after his father left for the Seattle Seahawks in the middle of January recruiting.  He was able to hold together a class that finished with a No. 1 national ranking by Rivals.com, despite working through a coaching transition. UM, is of course, going through a transition after the dismissal of Randy Shannon and the start of the Al Golden era.

Carroll was a key contributor to a four-year run of top-10 recruiting class, 2007-10, and the nation’s best class in 2007 (ESPN) that included Joe McKnight and Ronald Johnson as two of the top recruits of that class.

Carroll is familiar with the Miami area from two successful bowl trips. In 2003, USC defeated Iowa in the Orange Bowl and in 2004 USC won the BCS National Championship in Sun Life Stadium with a resounding defeat of Oklahoma.

Carroll began his college playing career at Delaware (1997), before transferring and starting as a tight end at Pitt (1999-01).